Makes it easy for debt buyers to target consumers with poorly documented claims.

By Bridgit Bowden, Wisconsin Center for Investigative Journalism - Apr 4th, 2016 11:21 am
Get a daily rundown of the top stories on Urban Milwaukee 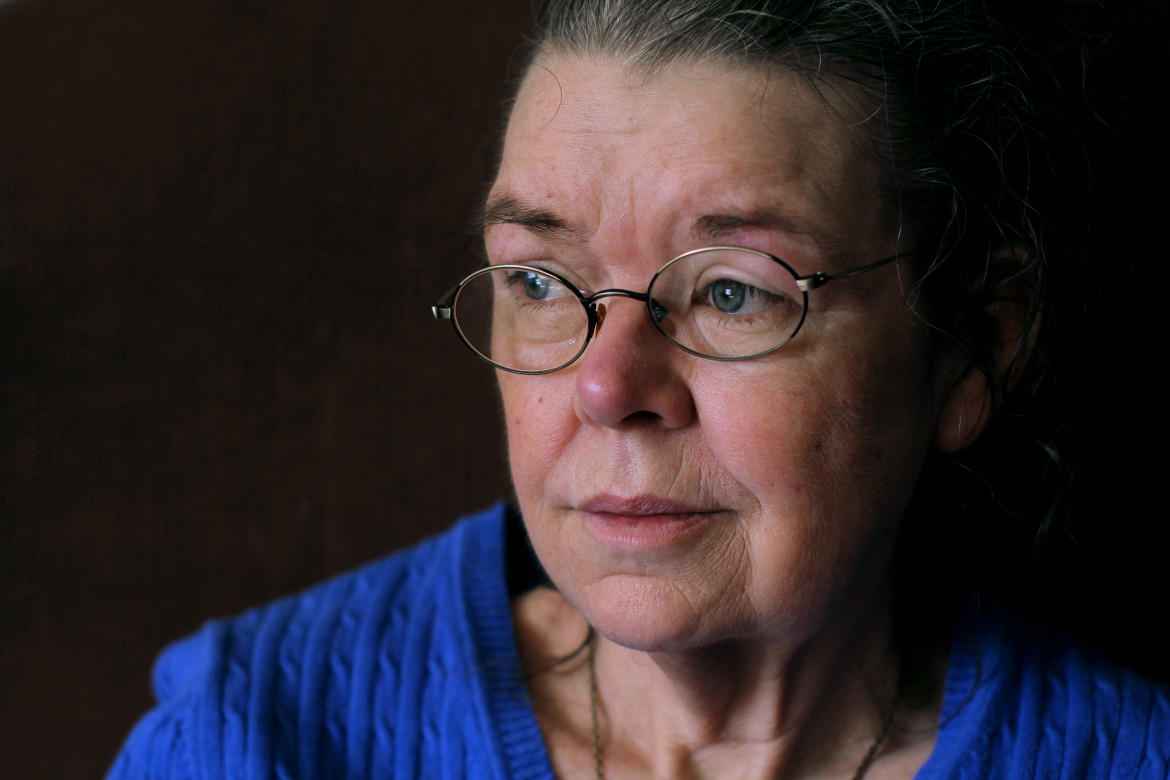 In the summer of 2015, Sandra Goodwin was sued by a debt buyer she had never heard of, Jefferson Capital Systems. The company had purchased her debt, which originated from an online school called The College Network. Goodwin, 56, is settling the case with the help of a pro bono lawyer. She says she was legally blind at the time she signed a promissory note agreeing to pay for an online class, which she thought she had canceled. Photo by Coburn Dukehart of the Wisconsin Center for Investigative Journalism.

Last summer, Sandra Goodwin was sued by Jefferson Capital Systems for $5,562 in overdue debt. But Goodwin had never heard of or done business with the company.

“The paperwork said I was being sued,” said Goodwin, a former Madison resident who now lives in Stoughton. “I mean, I panicked.”

Goodwin sought free legal advice from Stacia Conneely, an attorney at the Madison branch of the nonprofit law firm Legal Action of Wisconsin. Conneely determined Jefferson Capital had purchased Goodwin’s debt — stemming from an online class she signed up for but never took — from LifeWay Credit Union.

Goodwin’s debt is a small part of the multi-billion-dollar debt-buying industry that recently won a legislative victory in Wisconsin. Such companies buy and sell the right to collect debt, but consumer advocates say the result is sometimes a bill that the consumer may not recognize for an amount that cannot be verified from a company they have never heard of. 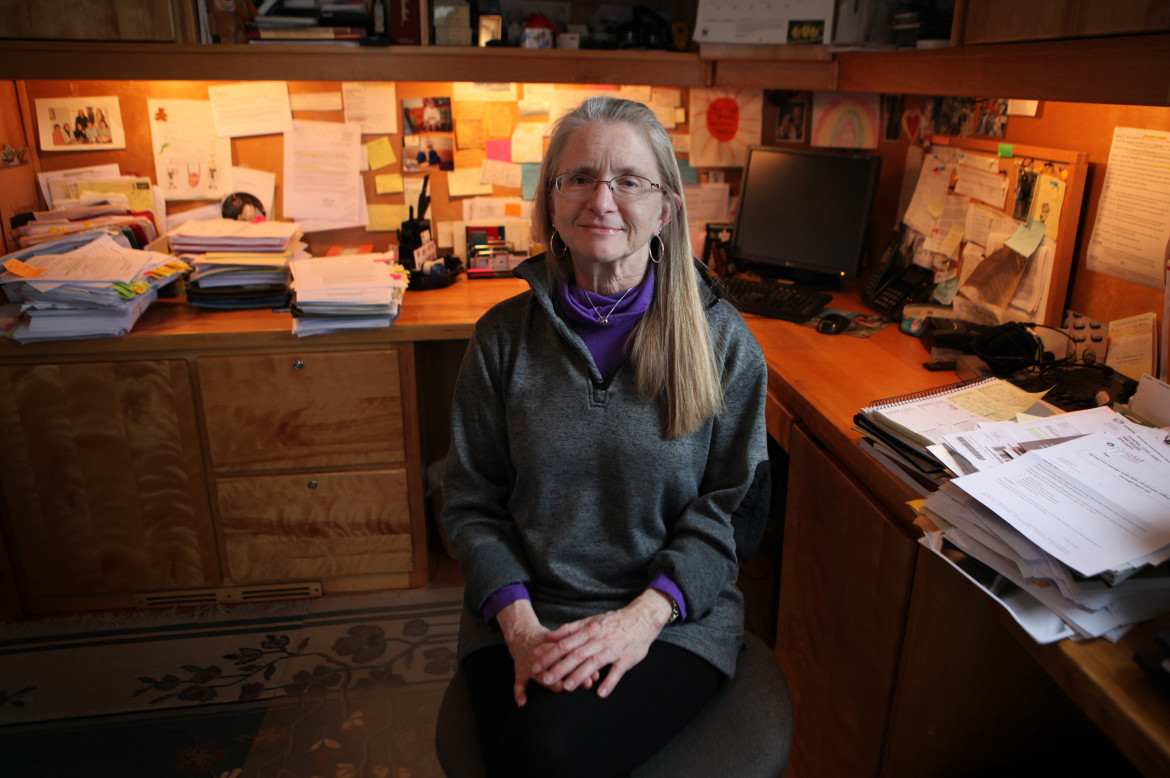 Wisconsin consumer attorney Mary Fons testified against a bill authored by state Rep. Mark Born, R-Beaver Dam, that standardizes and in some cases lowers the burden of proof for debt-buying companies suing Wisconsin consumers. Photo by Coburn Dukehart of the Wisconsin Center for Investigative Journalism.

Wisconsin consumers have filed more than 2,000 complaints over the past four years with the state Department of Financial Institutions against debt collectors, including such debt-buying companies, outstripping complaints against payday lenders and auto loan-title lenders combined, a Wisconsin Public Radio analysis found. Many of these complaints were about threats or other improper telephone behavior, and some were about attempts to collect debt from the wrong person.

When a creditor such as a credit card company decides it cannot collect, the debt can be sold for pennies on the dollar to a third-party debt buyer. Then, debt buyers try to collect through traditional methods, such as phone calls, or they can sue for repayment.

According to a 2013 Federal Trade Commission report, however, 90 percent or more of people sued never show up in court, even if they have a good defense, including that the debt is too old to legally collect.

Unlike most states, some consumer debt in Wisconsin is erased after six years. Nationally, the FTC found that slightly over 12 percent of the debt purchased was more than six years old, which would put it beyond the statute of limitations in Wisconsin.

If a defendant fails to show up for court, the judge often issues a default judgment, allowing the creditor to garnish wages and put liens on real estate or other property, which can tarnish a consumer’s credit rating for years.

Organizations including the FTC, the U.S. Consumer Financial Protection Bureau, the National Consumer Law Center and Human Rights Watch have all called for stronger regulation of debt buyers, especially in court proceedings. 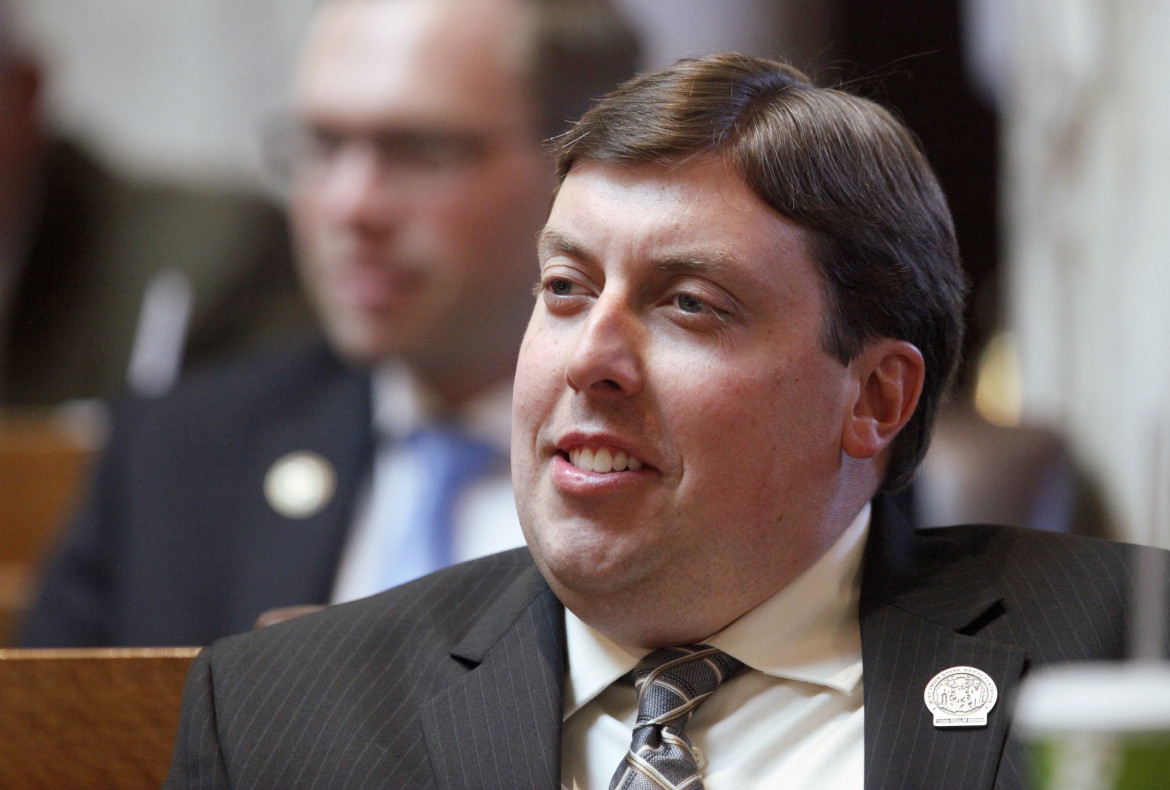 Rep. Mark Born, shown here in this September 2015 file photo, authored legislation that makes it easier for creditors and third-party debt buyers to pursue collections against Wisconsin consumers in court. Under the previous standard, such companies were required to show all documents “evidencing the transaction,” which could include the initial contract and a record of any charges. Now they must provide a single billing statement as proof at the beginning of a lawsuit. Photo by Michelle Stocker of the Cap Times.

A bill signed into law March 1 by Gov. Scott Walker sends Wisconsin the opposite way, consumer advocates say. The law standardizes but in some cases lowers how much proof debt collectors must present in court at the beginning of a lawsuit.

The law is based on a nearly identical bill from the last legislative session, also sponsored by Born. Representatives from the Wisconsin Creditors’ Rights Association, which pushed the bill, did not respond to requests for comment by Wisconsin Public Radio.

Born also declined comment. In testimony late last year, he said the bill would help “both merchants and debtors save time and money associated with litigation.” He added that the change would make “credit markets function more efficiently, which benefits us all.”

“I’m very concerned about the lack of protection here in Wisconsin for borrowers like that,” he said in an interview. “They don’t have voices.”

Conneely said consumers can fight such actions if they can show it is the wrong amount, charged to the wrong person or already settled through bankruptcy. Many people in debt, though, cannot afford an attorney, and “unfortunately sometimes it takes a lawyer to figure it out,” Conneely said.