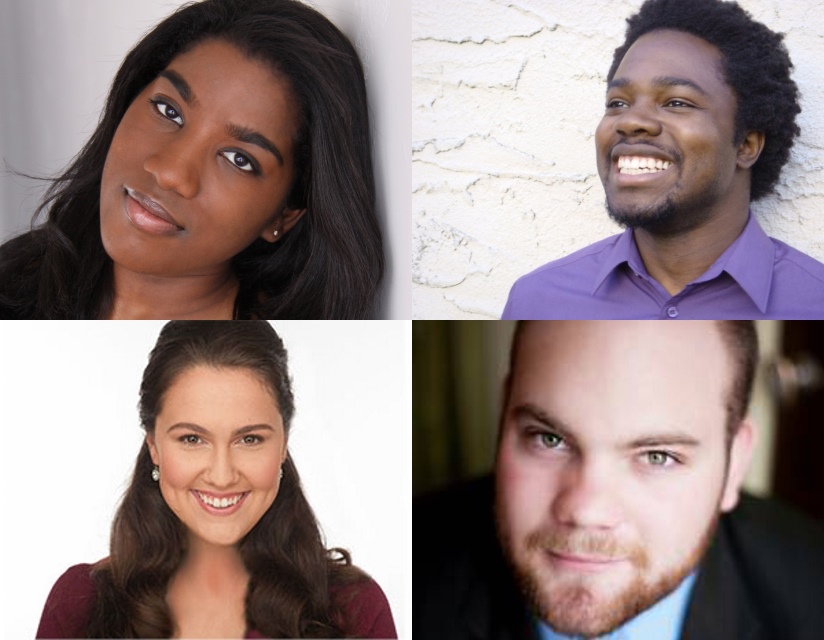 It’s a bittersweet time of year for the Florentine Opera. The company says goodbye even as it celebrates the work of its four artists in residence with a final concert.

“It can be very emotional to see them go,” Florentine chorus master Scott Stewart says. “You send them out in the world and once in a while they come back. It’s a beautiful voyage.”

The Studio Artists perform one last time in Florentine After Dark on April 1 and 2, 2016. The concert features a program of German, French and American cabaret songs both familiar and fresh, in a relaxed atmosphere.

“It’s the complete opposite of what they’ve been studying all season,” Stewart says. “What we try to do is build a repertory list which includes character pieces, party pieces, whatever they might need for their resumes.”

Stewart says the entire show is rather eclectic, a potpourri of sorts. Each of the four residents gets a solo number and participate in duets or ensemble numbers, some of them sung acapella — with no accompaniment. It’s all about celebrating the voice. Stewart directs the show, but he also pieced it together, tailored for each of his singers.

He hand-picked “Sexy Lady” for mezzo-soprano Katherine Fili. And for tenor Thomas Leighton, Stewart says he chose a song from the legendary Enrico Caruso’s catalogue.

“The whole idea of the residence program is to help them grow in a direction that will further their career,” Stewart says. “We talk about their futures and they ultimately trust us. But that trust is earned through time.”

There may be some trepidation an artists’ part if they’re dealing with a musical genre out of their comfort zone.

“Performers will avoid certain types of music out of fear, especially if they’re asked to work in a different genre. When we introduce them to a new genre and it works, they have an epiphany. They sense they’ve taken a different tact and reached a new level. The success allows them to drop the anxiety baggage.”

Stewart says watching his artists stretch and reach for something different is one of the most rewarding things for him in his career.

While there can be some competition in some residency programs, Stewart says there wasn’t a lot among this year’s artists. And he goes on to say competition among peers can be a good thing.

“With this year’s group, they’re pretty evenly matched. They play to each other’s strengths. Support each other. In this type of environment it’s best for everyone to help each other.”

Stewart says even though these performers have been classically trained, they work with some contemporary music. “We need to keep spinning the music. Some of the chosen music in the show comes from the great American songbook.”

Stewart moved to Milwaukee from Oshkosh in 1970 in search of a career as a composer. “I studied music theory at the Wisconsin Conservatory of Music in Milwaukee. It was a beautiful experience.”

Stewart’s personal ‘aha’ moment with music arrived when he was five years old and took his first piano lesson.  “I knew music was something I’d enjoy for the rest of my life, even at that age. It just felt right.”

Stewart grew up in a home with a player piano, the type where you pump the pedal with your feet and it plays on its own. “We had about 300 rolls of music. We had some Gershwin, Ragtime mostly.” Which helped provide him with a musical education.

After the final performance of Florentine After Dark, the repertory members will pack their bags and head out for new opportunities. Stewart says the Florentine has already conducted interviews for the next season’s group of resident artists

“Before the next season begins we do a lot of outdoor performances. We have a series with Colectivo around town. It’s about investing in the arts.”

Stewart says he hopes in this show, audiences will catch a glimpse of a different side of these classical artists. Watch them connect to the time in which they live.

“That’s half the beauty,” he says. “We have a clique of the Milwaukee opera audience that gets to watch these performers develop show by show. A chance to see the top performers of tomorrow.”

One thought on “Classical: Up Close and Personal”