A five-story, 168,000 square-foot building brings yet more activity to the area. 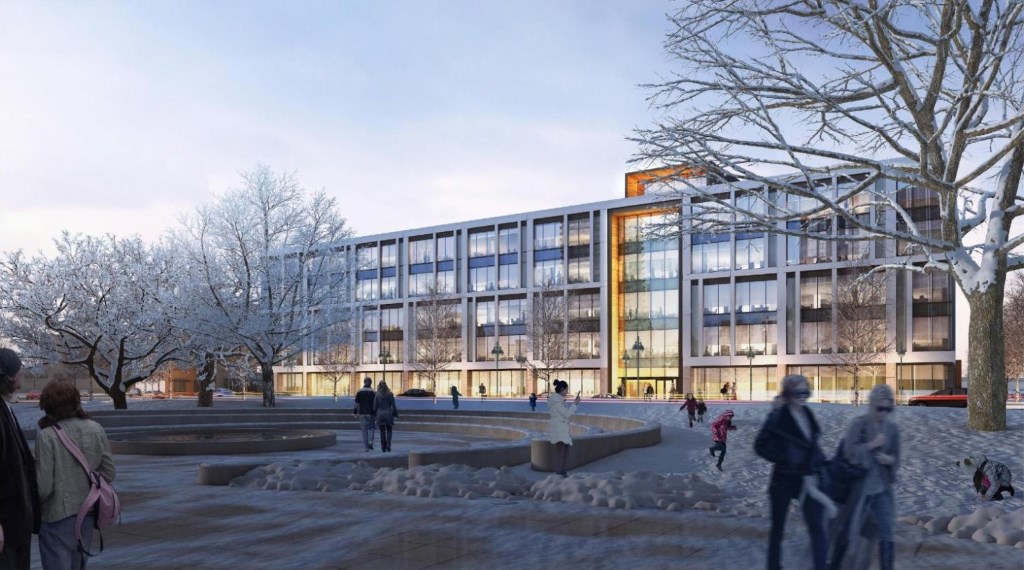 Investors are betting there is a market for a new Class A Third Ward office building with giant 35,000 square foot floor plates, Aaron Ebent of Kahler Slater told members of the Business Improvement District No.2 Architectural Review Board today.

Accordingly, Irgens Development Company has secured an agreement to buy two adjoining properties at 143 N. Milwaukee and 310 E. Erie streets to develop a 5-story commercial and retail building with a total of 168,000 square feet of rentable space on an irregularly shaped lot across from Catalano Square. If the developer can secure enough pre-lease agreements to score a construction loan, construction could start this spring and be ready within a year.

The ARB has guidelines for infill construction in the historic district. One is that the general street fabric should be observed. This was a head-scratcher for the architect, as there isn’t much fabric to speak of, since the only right angle intersection on the whole block is that of E. Erie and N. Young streets., and they lie at a cockeyed angle to the regular Milwaukee street grid. It was determined that the building’s entrance and design focus would be across the street from Catalono Square on the single block of N. Young street, which nobody knows exists. [The Broadway Bascule Bridge, immediately to the south, actually connects N. Young and S. Young streets. N. Broadway dies at E. Menomonee St.]

Another guideline is that buildings be constructed up to the street edge; the building complies in that respect.

Guidelines also suggest that buildings respect the neighboring structures, but the project got a pass from the board in this respect. The neighboring single story structure, after all, is a garage.

The result is a clean structure with a limited palate of materials and colors, which was expressly designed not to be a “statement,” as architect Ebent put it.

The key design elements would be an inset entryway with wood detailing, and a “knife-edge glass wall” on the acute north corner of the building.

“The masonry base of the building would be a white, dense limestone. A recessed warm wood panel would be at the inset entrance. The glass will be transparent with limited or low reflectivity,” members were informed by the architect.

The building would have underground parking for 70 vehicles, members were told. But it is anticipated that a great number of tenants would walk, bicycle or bus to the building.

Significantly, “the site will be on the proposed expansion route of the streetcar,” said Ebent.

True to the Third Ward principles of activation of urban space, the architects will take advantage of a nearly imperceptible 4-foot change in grade on the site. The building’s base would gradually incorporate seating areas where the public would be invited to lounge.

According to a news release: “Among the building’s signature design concepts will be tall ceilings, floor-to-ceiling glass, locker rooms with showers along with multiple rooftop terraces as well as two second-floor balconies. The rooftop patios will have elevator access, an enclosed tempered event room with restrooms as well as green roof elements. One of the patios will overlook Catalano Square-Park, while the other will overlook Milwaukee’s downtown skyline.”

Restrained signage would be used on the facade.

“Very impressive,” said ARB Chair, Ald. Bob Bauman, at the conclusion of the presentation. His opinion was echoed by board member and Department of City Development official Greg Patin, who said, “The Marine Terminal Lofts is an attractive building. This picks up on the best elements of the Marine Terminal Lofts.”

There was some technical discussion on the treatment of the roofline of the building, and a spirited debate as to whether the “solid-void” elements of the composition should be more correctly read as “opaque-transparent” elements.

Why Not the Whole Block?

“It’s a complicated little site,” said Ebent of the property. The development site would not include the only other lot on the block, a 9,592-square-foot lot with a one-story building. Thus, the proposed One Catalano Square would have to wrap around and isolate that structure.

Records show that property is owned by Patsy & Paul, Inc., a parking lot operator in the Historic Third Ward controlled by Paul Ianelli, who bought the building in 1972 for $28,666. It is now assessed at $383,000.

“Oh, the Patsy & Paul crowd,” Bauman said. The alderman ventured that he guessed the developer couldn’t reach an agreement on a sale price with the owner.

“We were told it was not for sale,” said Tom DeMuth of Irgens.

Bauman decried what he called the “intransigence” of Ianelli in not entertaining an offer for his property. Such a move would almost certainly diminish its value for Ianelli, since the possibility of future development on the parcel would be severely impaired by the existence of the new structure.

Possibly the Ianelli structure could be used as a restaurant, perhaps with a rooftop deck a la Benelux, but it seems the parcel will not reach its highest and best use. 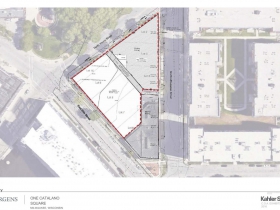 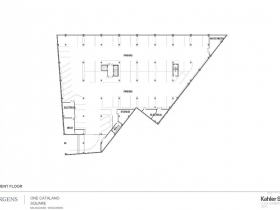 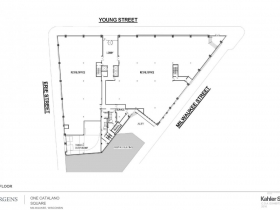 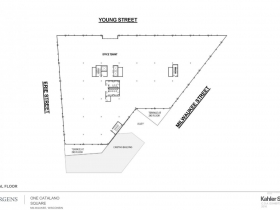 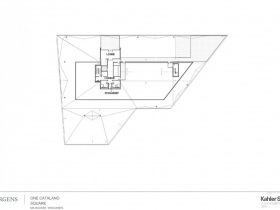 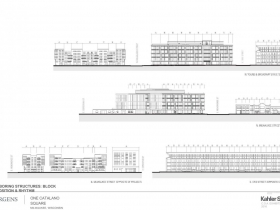 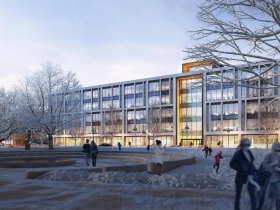 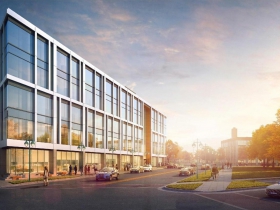 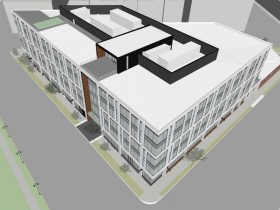