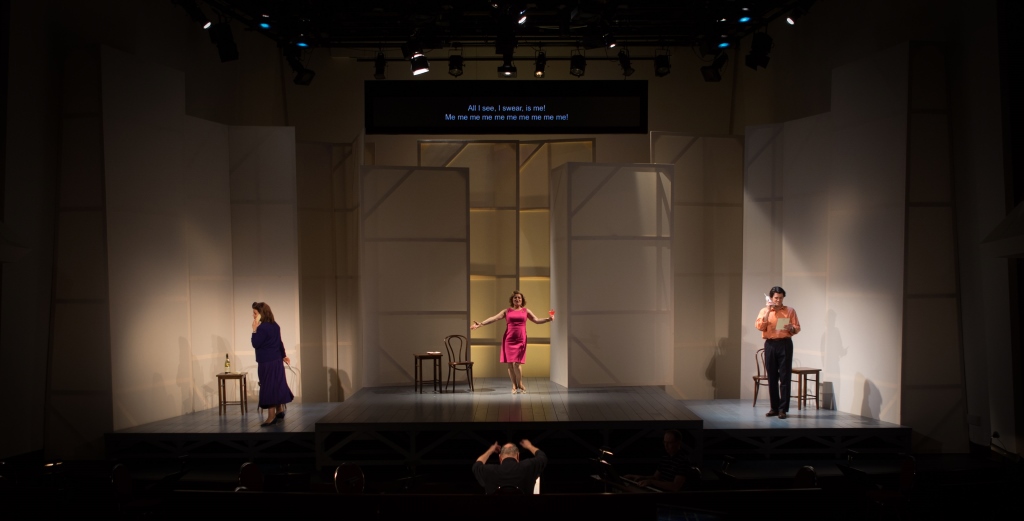 Tony Award winning playwright Terrence McNally is an opera lover whose play The Lisbon Traviata was about fans while Master Class is about famed soprano Maria Callas. So it was perhaps only a matter of time before he began writing librettos for operas. Prolific American composer Jake Heggie has created two operas with librettos by McNally, and a third, Three Decembers, based on a story created by McNally, with a libretto by Gene Scheer.

The Florentine Opera Company, which is winning an international reputation for doing new operas, is now presenting the Wisconsin premiere of the Three Decembers. It’s an evocative story that centers around three Christmas letters, numerous phone calls and the interactions of a very dysfunctional family.

The story creates the perfect storm: a narcissistic mother more concerned with her acting career and Tony Award than her children; a father who has been dead for many years; a gay son with a partner dying of AIDS, struggling through the pain of watching his partner suffer, while his mother just can’t get his name right, even after many years and meetings; and a daughter with a love of wine who tries to keep their family together while dealing with her own family’s issues. The thread keeping the siblings together are the barbs they throw back and forth about their self-involved mother, the common enemy.

The show is well directed by Florentine general director William Florescu. The stage is stark and minimal, with colored lighting changing to evoke the different moods, helping put the focus on the characters. We follow their story over twenty years. It’s touching and sad, yet with just enough funny moments to break the somber tone, weaving the audience through the all- too-familiar struggles of an American family, with twists, turns and surprises along the way.

The costume, makeup and hair styles are dead-on for the decades they represent, helping you see and feel the passage of time. The fabulous orchestra, well-conducted by Joseph Rescigno, takes you through the highs and lows with the round, rich tones of the original music. The score has been described as a mix of opera and Broadway in style, and its a fair description.

The cast, including mezzo-soprano Lucy Schaufer as the mother, and Keith Phares (baritone) and Rena Harms (soprano), make you feel the emotions of their characters through their sublime full voices, mannerisms and interactions. This is Schafer’s debut with the Florentine Opera, and she does not disappoint.

Because this opera is in English it’s an easy performance to follow. So, whether you’re a diehard opera fan like McNally, or someone just starting to enjoy the art, it’s well worth seeing.

One thought on “Classical: How Do I Leave This Family?”