The Family That Sings Together

Florentine Opera’s “Three Decembers” is heartfelt look at a family with an absent dad. 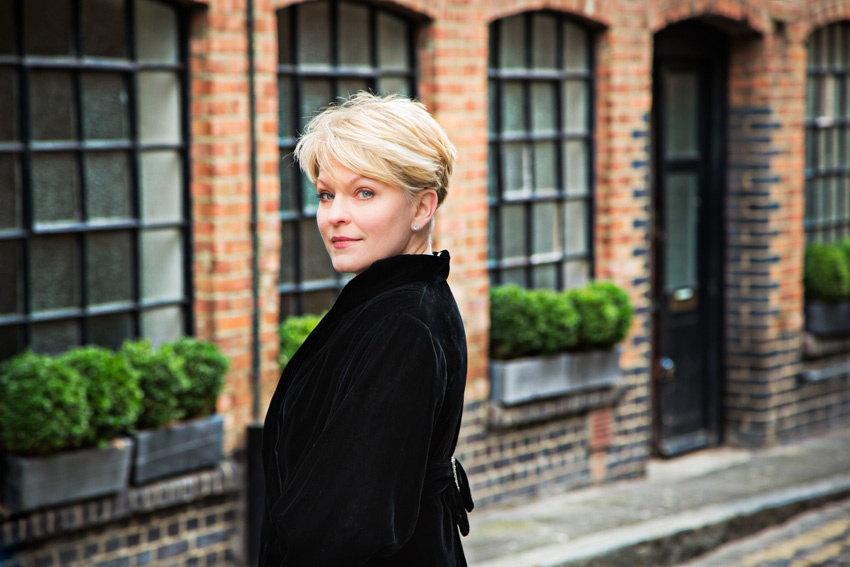 Growing up watching Warner Brothers cartoons in the suburbs of Chicago, mezzo-soprano Lucy Schaufer says that Bugs Bunny and others actually gave her an early exposure to classical music.

“It was all there,” Schaufer says. “We have to remember the music people my age grew up with was from cartoons. There was Wagner’s Ride of the Valkyries and the chorus of  ‘kill the wabbit’ from Elmer Fudd,” she laughs. Other cartoons included music from composers like Frederic Chopin and Johann Strauss.

Opera Today critic Wes Blomster called the opera a “modern masterpiece.” Chicago Tribune critic John von Rhein wrote that the opera “may be closer in letter and spirit to musical comedy than it is to opera, but what of that? It’s sharp and witty and poignant…”

By the time she was 17, Schaufer received a scholarship to Northwestern University. “I didn’t realize exactly what I was getting into. I had a lot of classical training but I didn’t know which direction it would lead me.” Schaufer went on to earn her masters degree at the University of Texas at Austin.

In Three Decembers, Schaufer portrays Madeline, an aging yet still viable stage actress. The opera explores the emotional shrapnel, secrets and hard truths that take place over three decades for its three characters.

“I think she’s incredibly talented and that’s the one thing that allows her children to love her,” Schaufer says of her character Madeline. “She’s not self-absorbed, not into the star thing. I think she truly loves everything about the stage; it’s her life’s blood. The stage is a comfort zone she’s been unable to find in her personal life.”

While Madeline isn’t the perfect mother, Schaufer says, she loves her kids. “I recently turned 50 and I often feel like a young woman trapped in an older person’s body. Time goes on and we sort of cling to whatever identity we’ve chosen for ourselves. That’s the way I view my character. Madeline is still hanging on to her career.”

Schaufer believes Madeline understands where her children are coming from, what they’ve gone through. They lost their father when they were young and remember very little about the man.

Adding to that Madeline is an often absentee mother. “It’s the conundrum she’s faced to put a roof over their heads but sacrifice by being on the road all the time.”

“You have to dig in to what is real,” Schaufer says. “That’s the point of Three Decembers. It’s successful because each voice on stage has a chance to offer their perspectives on life. We’ll keep telling our stories, clarify who we are from our own points of view.”

Florentine Artistic Director Bill Florescu is directing Three Decembers and says Madeline is a flawed character, yet undeniably interesting. “Some of the most interesting characters have deficiencies, which are present in each of us.”

Florescu notes that Madeline’s daughter Bea is struggling with an unhappy marriage. Her son Charlie is dealing with issues of being a young gay man.

“We’re trying to make sure we have a balance with these characters,” Florescu says. “Like in real life, there are a lot of facets to these characters and I think that’s why this piece works.”

One of the interesting things about this piece is it’s presented in one act (about 90 minutes long) yet covers three decades. Florescu says supertitles above the stage will give the audience a perspective of time passing.

“I don’t like to overuse supertitles,” he says. “We’re using them here more as a proactive part of what’s going on.”

Florescu says audience comprehension is key to his shows and the future of opera. “I want an English-speaking audience to understand what’s going on beyond the Playbill. You risk people not being able to understand if the cast overlaps and talks at the same time.”

Heggie has said Three Decembers is the most heartfelt music he’s ever written. He said it felt like it flowed from his heart onto the page.

“I know Jake,” Florescu says. “This is the second time I’ve directed his work. I’m not sure if Three Decembers is autobiographical. I do know that stories about a mother and her son resonated with him.”

Without giving too much away, Florescu says in the story, Madeline and her children are on their way to Tony Awards. It’s then that Bea and Charlie learn a family secret that might alter their lives.

“The kids have this beautiful duet about what they remember about the father,” Florescu says. “We learn he was a voracious reader as he sat in his favorite chair.”

Carl Jung talked about a concept of “mud puddles,” and that we don’t so much solve our challenges in life as we outgrow them. This might be said for Bea, Charlie and perhaps even Madeline.

“I would hope people come away from our show with a heightened sense of shared humanity,” Florescu says. “Perhaps how lyric opera helped to heighten an understanding of who they are.”

One thought on “Classical: The Family That Sings Together”