Organized by players once active in the Milwaukee Chamber Orchestra, Milwaukee Musaik offers its second concert next Tuesday evening at Mount Mary University. The rechristened organization is managed by the artists themselves. They plan to offer intimate-scale chamber concerts tapping a wide variety of regional resources — most of its players are also members of the Milwaukee Symphony Orchestra.

The January 25th concert featured a small string ensemble. That concert demonstrated the value of a chamber performance where the contributions of each player could be appreciated.

Most of the classical chamber literature has been written for piano trios, string quartets and wind quintets. Members of the Prometheus Trio, the Philomusica Quartet and the Cream City Winds are among the founding players of Milwaukee Musaik. A key advantage of its open structure is that strings and wind combinations may be easily arranged. 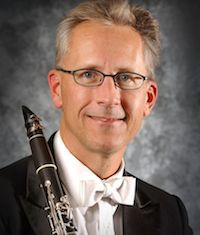 Clarinetist Helmers finds that “the three darkest colored winds complement one another … and tend to blend with the strings.” (Flute and oboe are the absent members of the usual wind quintet.) “The clarinet almost functions as a second violin.” Helmers adds. “When winds work with strings, (we) pay more attention to the attacks and releases (and) try to emulate the string sounds and bowings.”

Once the ensemble configuration was conceived, Beethoven‘s Septet in E-flat major, Op. 20 (1802) was an obvious choice. In this early Classical-era composition, Beethoven looked back to Haydn and Mozart. But he choose a non-traditional ensemble to differentiate his contribution. He wrote a work in the tradition of serenades and divertimentos designed as background ambiance for celebratory social occasions. “Later in his life,” Helmers observes, “Beethoven was dismissive of the Septet as not as innovative” as his newer compositions. But the Septet proved to be one of his best received works. Kathy Henkel, writing for the Los Angeles Philharmonic notes that “even today, the Septet in E-flat remains, arguably, the finest septet ever written.”

Irish composer Charles Wood wrote his Septet in C minor (1889) for the same configuration. While most the the players have played the Beethoven’s Septet, none had even heard of the Wood Septet. He wrote few chamber works. Wood’s reputation has been built upon his substantial contribution to Anglican church music.

Wood’s late romantic composition is derived substantially from the symphonic scale of the late 19th century inspired by structures used by Bruckner and Mahler. Helmers recognizes Bruckner’s influence in Wood’s writing for horn and clarinet, featuring long legato lines. Helmers finds the work to be more sophisticated than the Beethoven Septet with “a lot of inner parts … an undercurrent bubbling up from underneath in the viola and cello.”  In addition, Wood “incorporates his Irish roots, with Irish fiddling in the violin and a little jig section.”

The concert will open with composition by Carl Nielsen, Serenata in Vano (1914). Written for clarinet, bassoon, french horn, cello and bass, the work features the clarinet as protagonist. The clarinet sings a tender serenade meant to woo a lady. When she fails to appear at her balcony, the melody become a bit more pathetic. Given no response, the clarinet and ensemble play a cheerful march as they abandon the effort. Even though the timbre is dark, little has been lost. This is not a sad piece but a charming vignette.

The concert will be held in a little-known performance location, Helfaer Hall on the Mount Mary University campus. The room reminds Helmers of a European drawing room. Stone construction, wood paneling and a row of large windows suggest a 19th century performance space. Although rarely used for concerts, the Milwaukee Symphony Chorus rehearses in the room. Helmers reports a warm and lively sound.

The concert is Tuesday, March 1 at 7:30 p.m. at Mount Mary University, 2900 Menomonee River Pkwy – just south west of 92nd Street and Burleigh Street.  Musiak will perform in Helfaer Hall, attached to Caroline Hall at the south side of the “front lawn” of the campus. General admission tickets are $25 – students $15. Tickets may be purchased online or at the door.

Neither a rich patron nor strong ticket sales will ensure that Milwaukee Musaik continues. I would encourage fans of quality chamber music to help this new initiative get off to a strong start by donating to the Milwaukee Musaik on their website.

Next concert:
Milwaukee Musaik returns to Mount Mary University for its third spring concert, Sunday April 3 at 2:30 p.m.. The program “In Memoriam, Music of the First World War” will introduce songs and instrumental works written just 100 years ago. Selections written by Gurney, Butterworth, Debussy, Rogers, Caplet and Schönberg will be performed. Dr. Marguerite Helmers will offer a pre-talk at 2:00 p.m. before the concert. The performers will be quite diverse – including a baritone singer, plus harp, piano, flute and clarinet instrumentalists and strings represented by the Philomusica Quartet.