Restored 1850s Italianate villa near 34th and Lisbon is one of city's oldest homes. 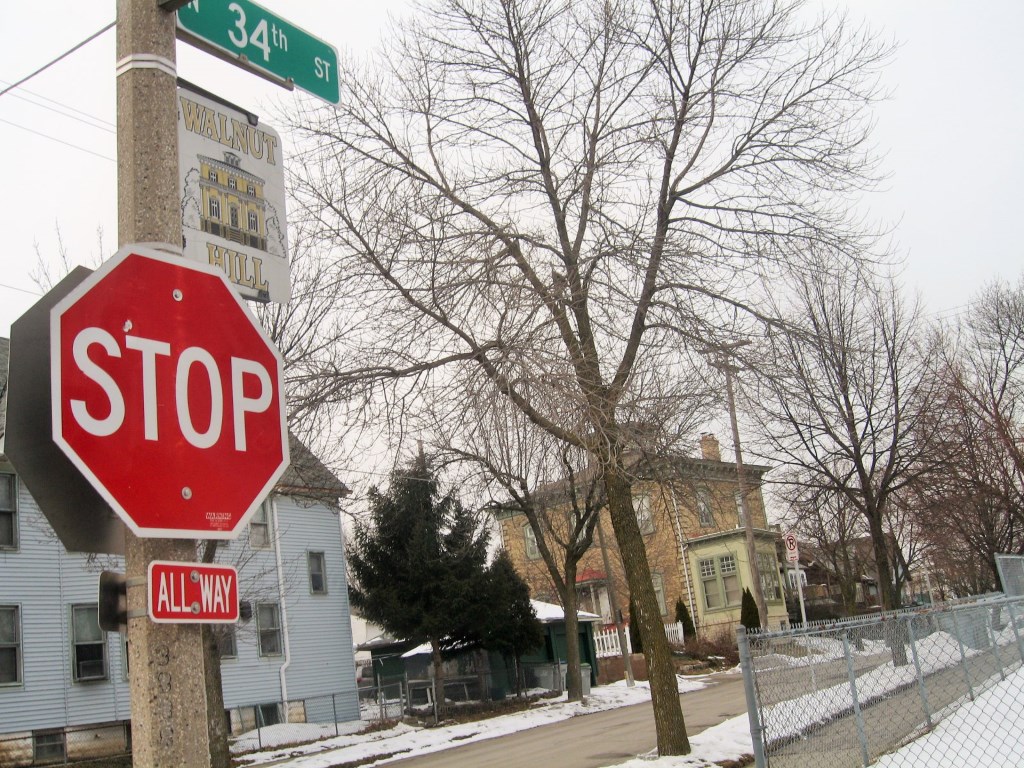 Villa Uhrig is the house pictured on the Wallnut Hill neighborhood sign. Photo by Michael Horne.

Amaranth Bakery & Cafe celebrated its 10th anniversary on February 19th. In 2006, the classic storefront building at 3329 W. Lisbon Ave., which had been completely rehabilitated by co-owner David N. Boucher, was given a Mayor’s Design Award in the “Reincarnation” category.

The shop is just around the corner from “Villa Uhrig,” Boucher’s residence since 1996, an 1850s Italianate Villa that looks like it parachuted from a Currier & Ives pastoral landscape and somehow wound up in the middle of an urban neighborhood densely packed with duplex homes.

Of course it is those duplexes, some dating to the late 19th century, which are the interlopers here. In fact, it is amazing that for over six decades this summer resort of a St. Louis brewer managed to maintain its ample grounds and rural nature despite the encroaching city.

The Lisbon Plank road served not only as “a thoroughfare for the transfer of agricultural products, but as a setting for gracious summer estates,” according to Villa Uhrig’s nomination form for city historic designation. Edward Dwight Holton‘s Highland Home farm, now the site of the Miller Brewing Company, was a short trip to the south and west.

As late as 1910, the Uhrig home still dead-ended N. 34th St. at Walnut St. You’d have to travel over to Western Ave. (N. 35th St.), detour around the nine-acre grounds and then head over to Lisbon Ave. where 34th street would begin its course once again, leading from the ornate gates of the mansion.

When 34th St. was finally connected through the property in 1913, it took two-thirds of the home’s east wing along with it, nevertheless leaving a good chunk of home behind, and a fairly good sized 105 foot by 120 foot lot, by far the biggest one on the block today, and as large as the four lots to the south put together.

Today, any vision of this neighborhood as a setting for gracious summer country estates would be strictly hallucinatory.

To encounter the tall brick home with 16 foot ceilings in this setting comes as somewhat of a surprise for the casual visitor, jammed in as it is along with quite a number of average-looking old frame houses on the crest of a hill. But here it is, with its amputated shoulder facing the street, and at a cockeyed angle at that. The grand entrance with its eight paired columns lies parallel to Lisbon Ave., an angular street and the mansion’s original street address. Today the front of the house looks out at the side of a duplex next door. Lisbon Ave. is not even visible from that point.

Villa Uhrig was built for Franz Joseph Uhrig and his wife Walburga. Apparently it was fellow brewer and possible relative Joseph Schlitz who convinced the Uhrigs it would be a good idea to scout out some land in Milwaukee for the purpose of erecting a summer home to escape the miserable heat of St. Louis.

After rejecting lakeside sites on the ground that they would be too damp, Urhig made an initial purchase of nine acres for $1,550 and set about constructing his summer home here. The estate, which grew to 20 acres, was surrounded by apple orchards, lilac bushes, vegetable gardens and ornamental flower beds.

The place where an allee of poplars once led to the house is now an alley leading to the garage, which is detached and contains 378 square feet. The Uhrig family maintained ownership of the home for four generations, before selling it to the Universal Spiritual Alliance Church in 1943 for $5,000, after parcelling out scores of lots over decades. Villa Uhrig then joined its neighbors in decades of decline.

In 1981 the home, then a five family residence, sold for $48,000. The assessor took a look around the place and found some quirks in the old mansion. “In Tough Shape,” he wrote about the home in 1987. “Rotted fascia and soffit being replaced. Chimney twisted, appears unstable, iron rods support it now. Pilaster on west side needs extensive tuckpointing. Must go through utility room to access bath / laundry.”

With the home sold to the current owner for $67,900 in 1996, things began looking up for the residence and the neighborhood. At the time only about nine per cent of the residents owned their homes here. Today the number is 55 percent, with a large number of homeowners being of Hmong birth or descent. Boucher is the president of the Walnut Hill neighborhood association. An image of his home serves as the neighborhood logo. He has continued to work on the old home, and today the place appears stable. But as with any 166-year-old residence, or 170-year-old city, there is always something to be done around the place.

A Posthumous Surprise from Papa Uhrig for Son — and Mother

In about 1850, or when the family first made plans for a Milwaukee summer home, Franz Joseph and Waldburga Uhrig’s family included their newborn son August. Franz Joseph died in 1874, and his will held a big surprise for son and mother. In the document, the late father made a provision for his “beloved adopted son, August.”

This came as news to the son, yet it is not a unique circumstance that a child learned for the first time that he or she had been adopted only following a parent’s death.

The kicker was that the mother, Waldburga, was also unaware that her son was adopted. As she recollected, she had endured a diffiuclt pregnancy, but after her recovery she had a nice healthy son. How could this be?

She began making inquiries into a matter that her husband had never once discussed with her during her lifetime. As it turns out, Waldburga had indeed given birth to a son that day in 1850. But the child died almost immediately. The attending physician decided that the loss of the child might prove deadly to the frail Waldburga in her weakened state.

So, he and Franz Joseph hatched a plot — Franz Joseph went to the orphanage, picked up a brand new Irish boy, just a couple days old, and brought him home. His wife never suspected that the child she found upon her recovery nursing at her breast was a substitute for the one that died. And where are the original child’s bones? If you could just grab a baby out of an orphanage in those days without informing your wife, who knows what you could do with the body of one that died? 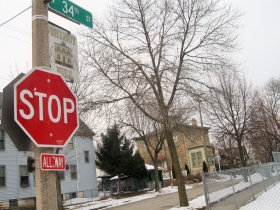 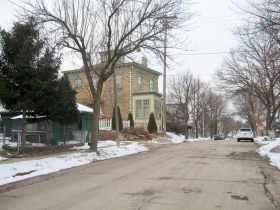 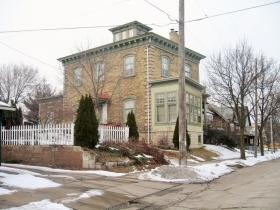 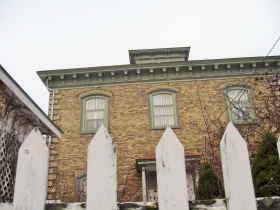 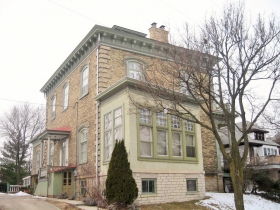 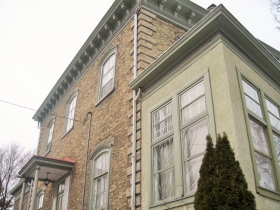 How Milwaukee Is It? Villa Uhrig is about 3 miles from City Hall