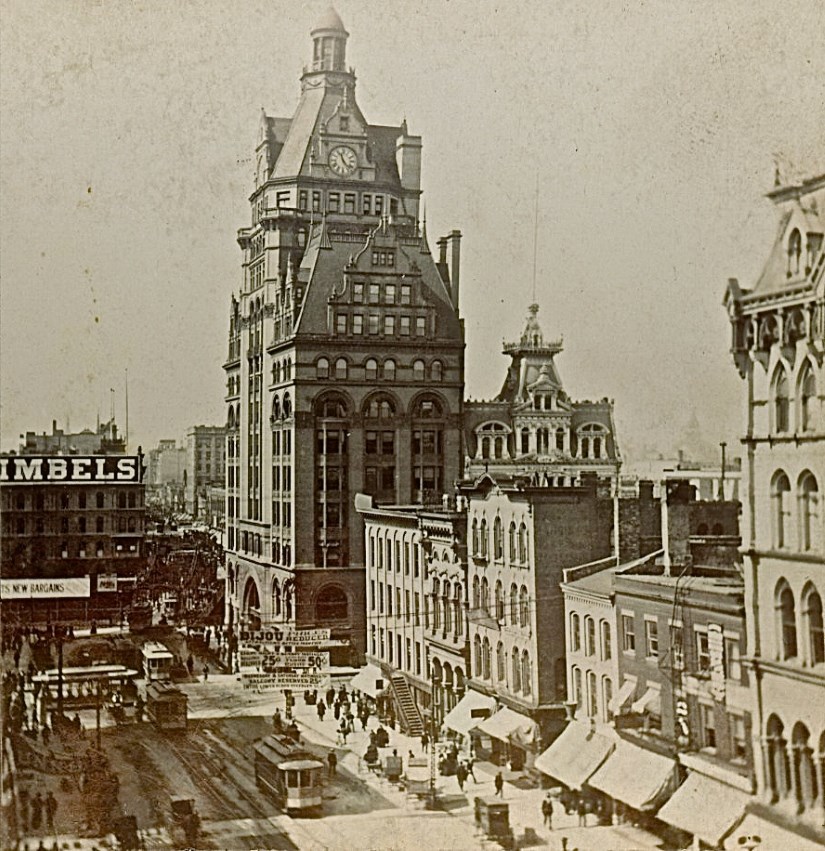 Last week’s feature centered on the four-floor Ludington Block building, built in 1851 at the northwest corner of Water and Wisconsin, the site where city founder Solomon Juneau‘s original cabin and trading post had stood. The Ludington building would not survive the 19th century as property in the heart of Downtown was very prime real estate. Around 1890 the property was purchased by Frederick Pabst, owner of the huge Pabst Brewery,  and he commissioned an office building to be constructed on the site.

The building was designed by Chicago architect Solon Spencer Beman (1853 – 19140), best known today as the architect of the planned Pullman community and adjacent Pullman Company factory complex. Several of his other largest commissions, including the Pullman Office Building and Grand Central Station in Chicago, have not survived. Beman also designed numerous Christian Science churches and influenced the design of countless more. His early architecture drew on elements of Gothic Revival, Queen Anne, Romanesque Revival, and Châteauesque design styles.

Beman’s selection as architect was a sign this was to be no ordinary project. The Pabst Building was a 14 story, 235 foot tall neo-gothic high-rise, filled with Flemish detailing and with a magnificent granite arch at its entrance. It was Milwaukee’s first skyscraper, and the tallest building in Milwaukee until the Milwaukee City Hall was finished four years later. (Beman also designed the Loyalty Building, now the Hilton Garden Inn, at 611 N. Broadway.)

As our photo attests, this intersection had a wealth of Victorian styled buildings. To the right of the Pabst was the Matthews Bros. furniture store with French influences and the tall building to the far right was the Northwestern Insurance building which was very Gothic in influence. At the left is the Gimbel’s store in its early years.

Time would not be kind to the Pabst Building. Although it was the last of the buildings in this photograph to survive, by the mid-20th century its roofline would be severely altered and in 1981 it would be demolished and replaced by the 100 E. Wisconsin building. This building, designed by Clark, Tribble, Harris & Li, is topped with a crown that similar to that of its predecessor Pabst Building and City Hall and the arches at the base were also designed to pay homage to those at the base of the Pabst Building. But the touches of Flemish influence in the current building pale in comparison to the older building’s architetectural magnificence. 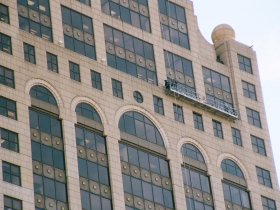 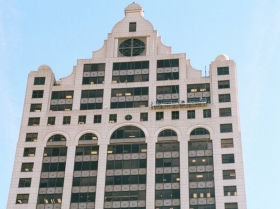 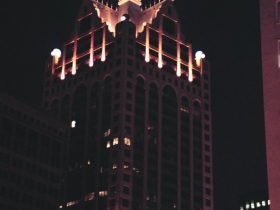 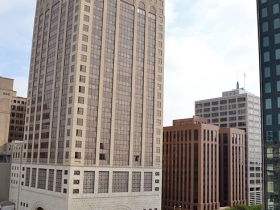