His listening tour is all about making him a viable candidate in 2018. 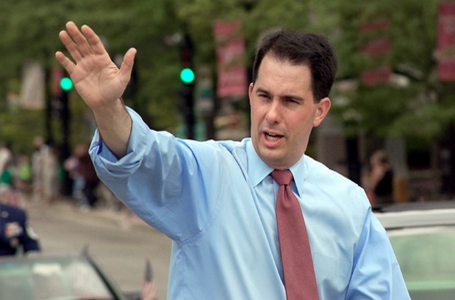 What Republican Gov. Scott Walker said early in his sixth State of the State speech: “The Wisconsin Comeback is real.”

And what he didn’t say: “And I want to be the Comeback Kid. My campaign for a third term starts today.”

Actually, Walker declared his plan to seek – and win – a third term in 2018 in a send-money plea to contributors last Monday, one day before his State of the State address. Walker’s appeals for cash went to donors across the nation – a mailing list built up over three winning campaigns for governor in five years.

In that national appeal, Walker said: “Our re-election campaign may seem like a long way off but the other side is already gearing up for a bruising battle. Will you please help us balance the books on our presidential campaign so that we can prepare for the next battle?…We need your help again now so we can start fresh with the next campaign.”

And about that last campaign, the one for President? Was there any reference to Walker’s expensive and fizzled national campaign in his annual report to Wisconsin last week? No.

Was that an oversight? No. When pollsters for September’s Marquette University Law Poll asked whether respondents “wished [Walker] had not run” for President, 60 percent agreed. Pair that number with Walker’s approval rating – 38 percent – in the November Marquette Law School poll, and you know why his favorite movie may be the 1980 not-so-classic The  Comeback Kid.

The first moments of the governor’s State of the State speech gave you a quick summary of the sign posts – the economy, education and jobs – on his Comeback Road:

“There are more people working in Wisconsin than at nearly any other point in our history; state finances are stable; our school students are doing well overall; college tuition is frozen, and property and income taxes are down from 2010.

“…When I was running for re-election just over a year ago, I said we would ensure everyone who wanted a job could find a job. So, what kind of progress have we made in the past year? Well, the most recent unemployment rate in our state is the lowest it has been since March of 2001.”

One other way to reverse an upside-down approval rating is to listen, Walker added. He calls it the 2020 Vision Project. Remind me: When is the next presidential election?

The governor said the Vision Project – his “leave the light on for me” tour – will work this way: “We are going to visit every part of the state to hold listening sessions throughout 2016…We plan on coming to a community near you soon… This is personal for me, as I think the best way to plan for the future is to hear from people all over the state. We need a shared vision for the future. That is why I want to hear from you.”

In his send-cash-now plea, Walker twice mentioned his Presidential campaign, which so drained his state campaign account that it had only $20,257 in cash on Jan. 1. That was 0.3 percent of the $6.4 million in donations the state account received in all of 2015, according to a Government Accountability Board disclosure report.

Over his third Leinenkugels, one Democrat who has been working in and around the Capitol for more than 30 years offered this theory: Walker doesn’t like having a record low approval rating, but sees a Comeback Kid opportunity in it. If he slowly claws back momentum this year and next with “bold” reforms like saving up to $40 million by self-insuring state workers’ health-care costs, he could put that savings into education. Then, he wins an ugly, expensive third term in November 2018 by getting just one more vote than the Democrats’ candidate for governor.

That scenario brings a fresh-from-victory Walker to January 2019, when Republicans nationally may be looking for candidates to oppose Democratic President Hillary Clinton in 2020. Wouldn’t they have to seriously look at Wisconsin’s Comeback Kid, wiser after learning from his 2015 campaign-trail mistakes?

How serious is Walker about seeking a third term? In a recent WisconsinEye interview, he doubted if he would ever “seek a fourth term – like Tommy Thompson did.”

18 thoughts on “The State of Politics: Walker Plans Run for Third Term”