46 Apartments Plus a Climbing Gym

Belay Apartments rises along the river near the Beerline, with residences and recreation. 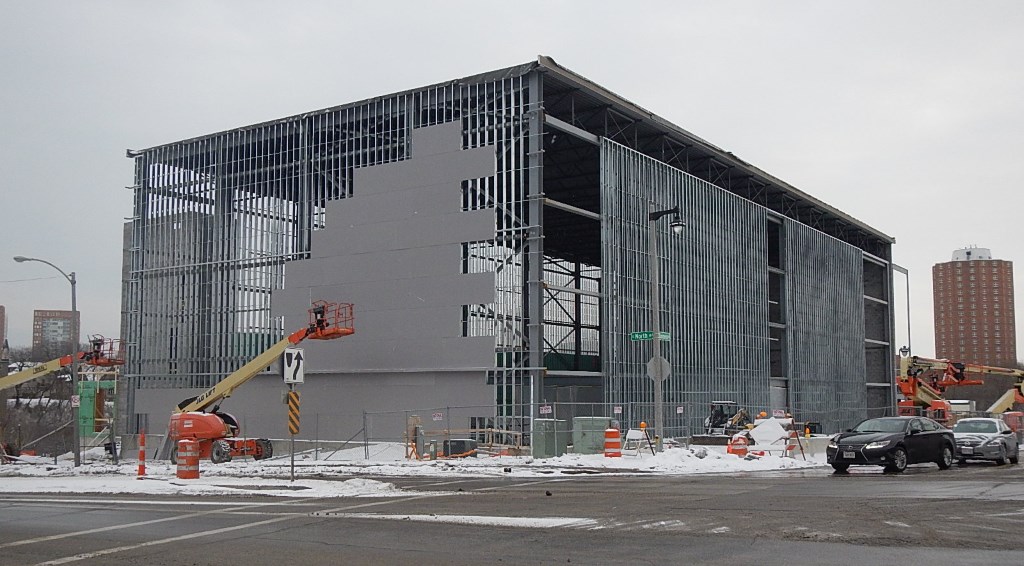 Back in October, the Belay Apartments were just beginning construction. Now we can see the building just west of the Milwaukee River, on the intersection of N. Commerce St. and E. North Ave., taking shape. It won’t be long until residents are scurrying up the walls of the planned climbing gym, which will also be part of the development.

The Belay Apartments began thanks to a partnership between Mandel Group and the Brookfield business Adventure Rock. The building, which Mandel Group Chief Operating Officer Bob Monnat called “the coolest project we have ever put together,” will not only feature 46 apartments but also an 18,000 square-feet climbing gym visible through two 45-foot tall windows.

As Michael Horne writes, the project began when real estate broker John Kuhn contacted Monnat in late 2013 informing him that Adventure Rock, which operates a climbing gym in Brookfield, was eyeing Mandel’s undeveloped property along the Milwaukee River for a new space since most of the customers coming to their Brookfield location were from the East Side. Eventually, the project broke ground on May 20th, 2015.

Design is being handled by Johnsen Schmaling Architects. General contracting is led by Greenfire Management Services with Pinnacle Engineering, Pierce Engineering and GZA GeoEnvironmental assisting with the project. According to a sign posted on site, funding is being provided by Associated Bank.

The building is expected to have its first residents by this May. 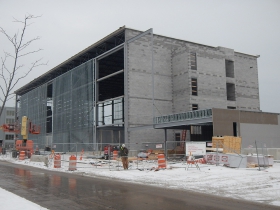 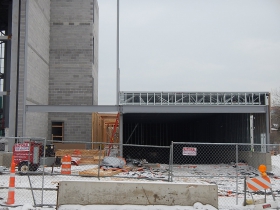 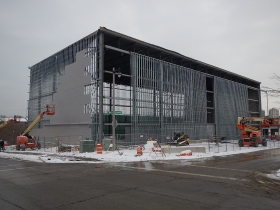 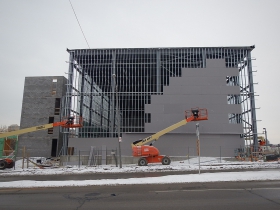 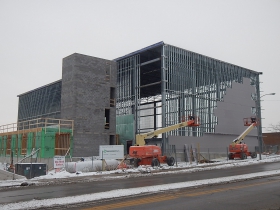 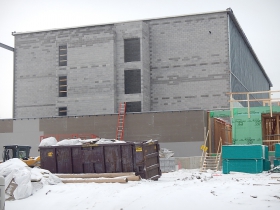 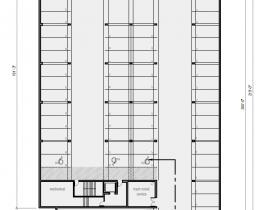 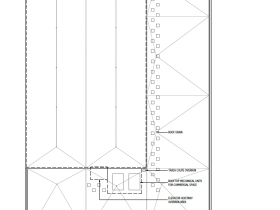