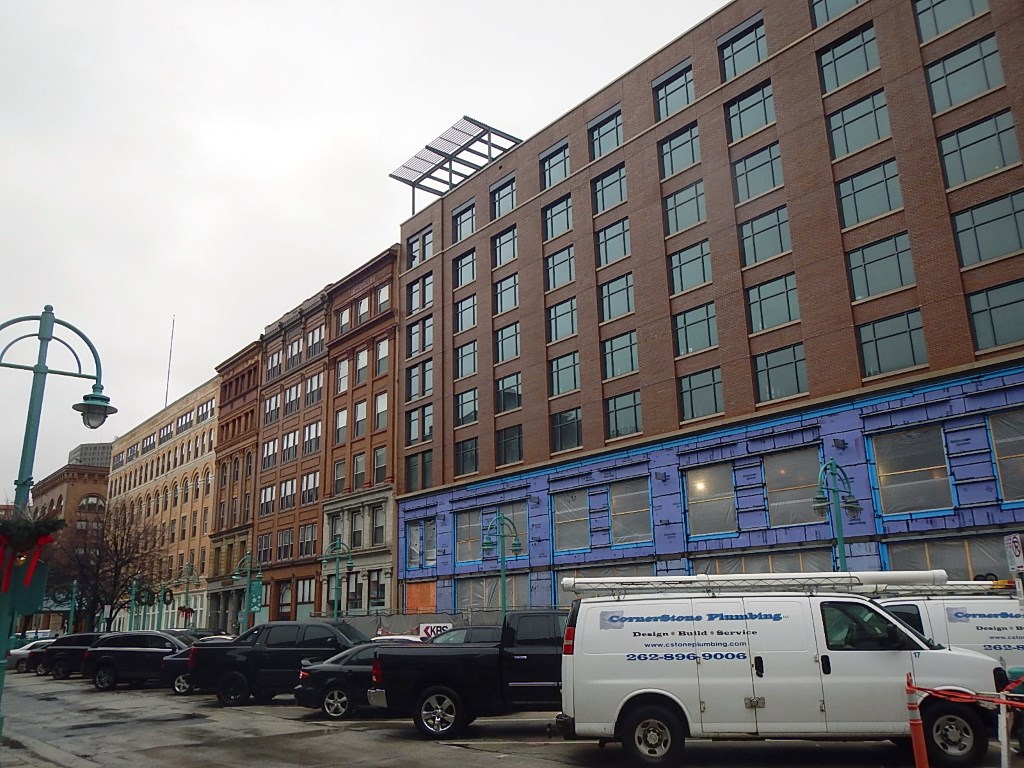 When we last left the Kimpton Hotel, the metal structure of the outer walls along with the rooftop bar were being built. Now that most of the red brick walls are up, we can see how much more it blends in and integrates with the heart of the Historic Third Ward.

The project broke ground in December 2014. Once an ugly surface parking lot at N. Broadway and E. Chicago St., the corner will now have a nine-floor hotel with 158 rooms. A ground-floor restaurant, rooftop bar, fitness center, underground parking and 7,000 square-feet of meeting and event space are also in construction. According to the Milwaukee Business Journal, it will be the first Milwaukee area location for San Francisco-based Kimpton Hotels & Restaurants.

The hotel was planned by Doug Nysse of Arrival Partners and designed by local architecture firm Kahler Slater to be similar in appearance to other buildings in the area, including the Broadway condominiums to the south. CD Smith and KBS Construction make up the construction management team through a joint venture and HKS Holdings, LLC is serving as the project developer.

The hotel has been financed by the EB-5 program with help from FirstPathway Partners. The program allows foreign nationals to obtain green cards in exchange for investing in a business that creates at least 10 jobs. The program has also helped finance other developments such as The Brewery, the Aloft Hotel and Milwaukee Marriott Downtown. Anchor Bank is providing additional funding for the hotel.

According to a sign posted on site, Warren Red and the Wisconsin Economic Development Corporation are also listed as partners.

The building will open sometime in 2016. 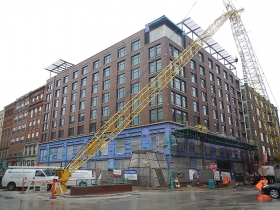 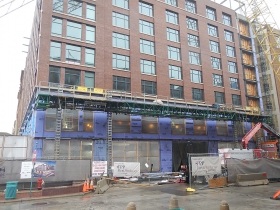 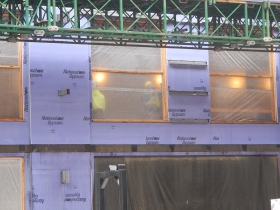 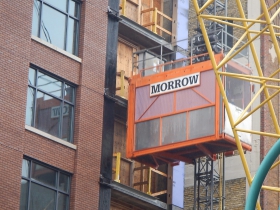 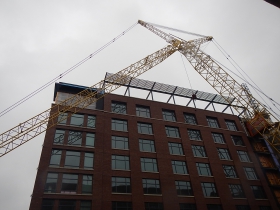 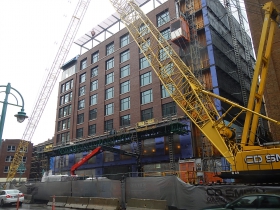