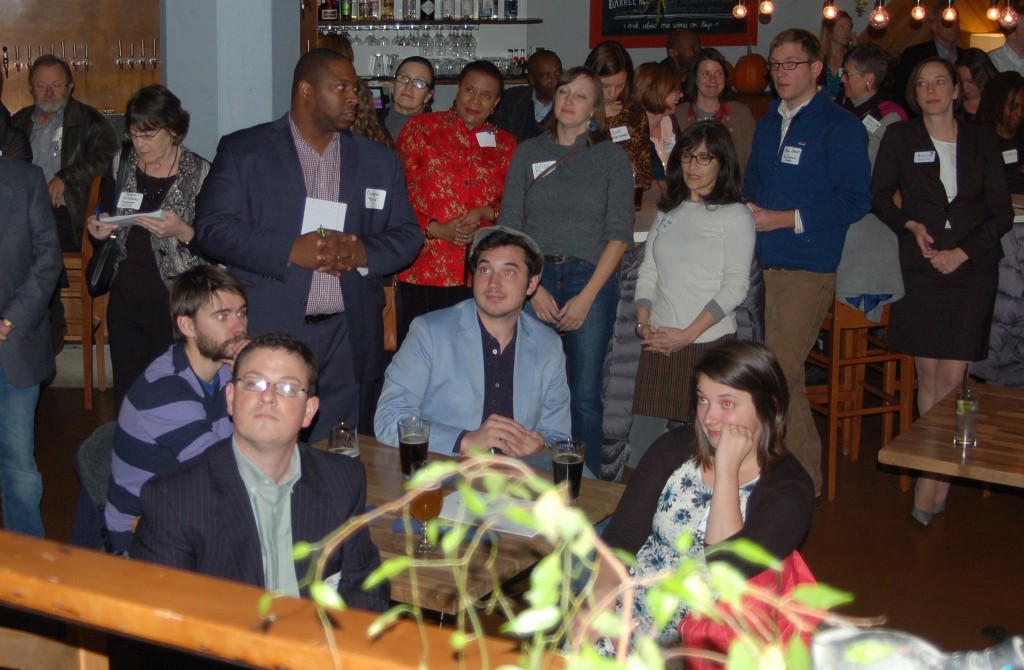 LISC Milwaukee projects, such as the MANDI award competition, are proceeding as planned. Finalists were announced at a recent event. Photo by Andrea Waxman.

The work at Local Initiatives Support Corporation Milwaukee will continue as usual despite the unexpected and sudden departure of Laura Bray, who served less than four months as executive director.

That’s according to Chuck Vliek, program vice president of LISC’s national office, who will step in as the interim executive director of LISC Milwaukee. Vliek, who’s been at LISC for 20 years, said the organization is committed to the city and that the search for a new executive director will begin immediately, but could take some time.

“We may be two or three months out yet. I don’t want to suggest to anyone that we will have someone on board in weeks,” Vliek said. 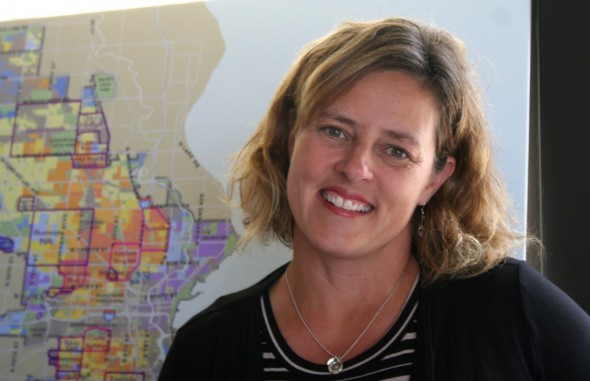 Laura Bray resigned from LISC after serving less than four months as the organization’s executive director. Photo by Jabril Faraj.

Some have speculated that Leo Ries, who served for 15 years as LISC Milwaukee executive director, might be interested in stepping back into the role he left earlier this year. Ries did not respond to a request for comment.

“Hutchison-Weiss will lend her six years’ experience… to insure local continuity and decision-making until the search process is concluded,” wrote Susan Hatch, chair of the organization’s Advisory Board, in an email Monday announcing Bray’s resignation to board members and other stakeholders.

In the meantime, Vliek said he plans to be more involved in the day-to-day operations at LISC Milwaukee while the search is carried out. He added that he had no prior knowledge of Bray’s impending departure, but said he’d spoken to her since and she said the position might not have been the best fit with her skill set, and that the time demands did not coincide well with her family’s needs.

Bray’s departure caught many of the organization’s board members off guard. Those who responded to requests for comment stated that they didn’t know anything until they received Hatch’s email Monday morning.

Ellen Gilligan, LISC Milwaukee board member and president and CEO of the Greater Milwaukee Foundation, was among those who were surprised by the news.

“I thought she [Bray] was very enthusiastic about the position and a great fit for the role,” Gilligan said.

Still, Gilligan said, as a mother, she understands the challenge of balancing professional and family responsibilities and commitments. Gilligan said she’s confident that LISC, as a national organization with breadth and depth, would work quickly to find a strong leader to replace Bray. “LISC programs go through transitions from time to time, so I don’t think it’s a huge setback for the local program,” Gilligan said.

Board member Bruce Keyes, a partner at Foley & Lardner, said he received a phone call from Bray over the weekend in which she told him she’d resigned. He said Bray made the correct decision by stepping away, despite serving only briefly as executive director.

“It’s never wise to belabor a decision you know you have to make,” Keyes said. “At the end of the day she decided she needed to reprioritize her time for her family.”

Keyes said that during her tenure Bray had been able to conduct a top-down assessment of LISC Milwaukee that would benefit the organization in the long run.

“Her assessments are helping us make decisions and recommendations that will continue to benefit the organization in the future,” Keyes said.