Welcome to the New Layton Boulevard

A just-completed streetscaping and lighting project has enhanced Layton Boulevard. 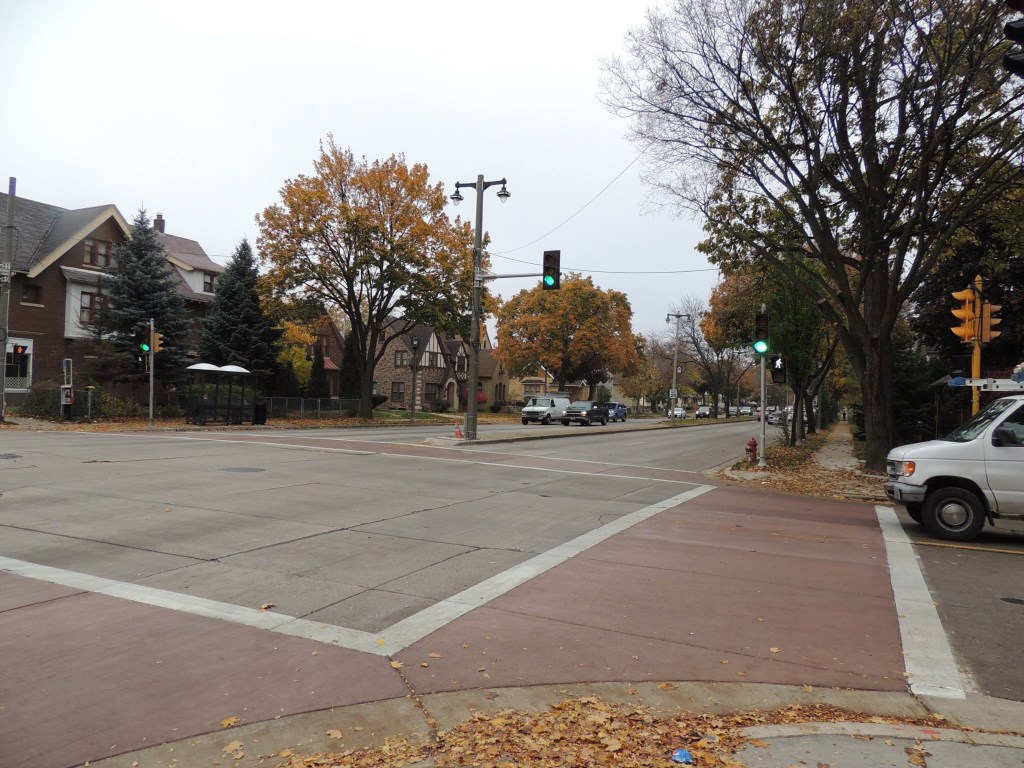 “South Layton is one of the most beautiful streets in this entire community,” Milwaukee Mayor Tom Barrett declared at a press conference Thursday in front of a historic Frank Lloyd Wright house on S. Layton Blvd. and W. Burnham St. 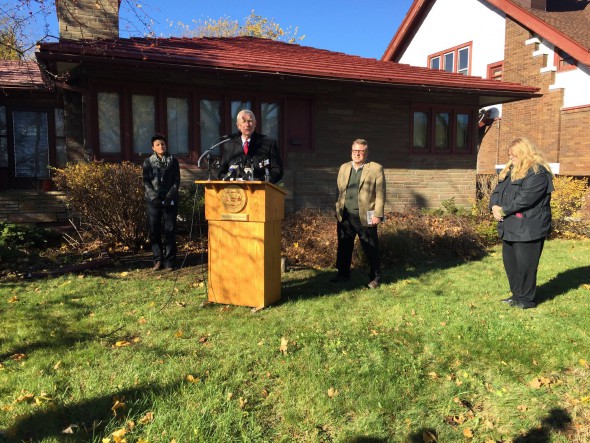 And it’s just become better looking, thanks to a newly-completed streetscaping and lighting project that was carried out by a partnership between the Layton Boulevard West Neighbors, the Historic Layton Boulevard Association, and the city Department of Public Works (DPW). The  project cost $1.14 million, and 80 percent of the money came from a federal grant (funneled through a state transportation enhancement program) which Rep. Josh Zepnick (D-Milwaukee) helped secure. The city, meanwhile, provided the other 20 percent of the funding in matching dollars for the federal grant,  according to Sandra Rusch Walton, the DPW’s communications manager.

“The livability of the neighborhood continues to be enhanced by what we’re doing here,” said Barrett. “We’ve tried to do it in a way that’s attractive to our current residents and future residents.” 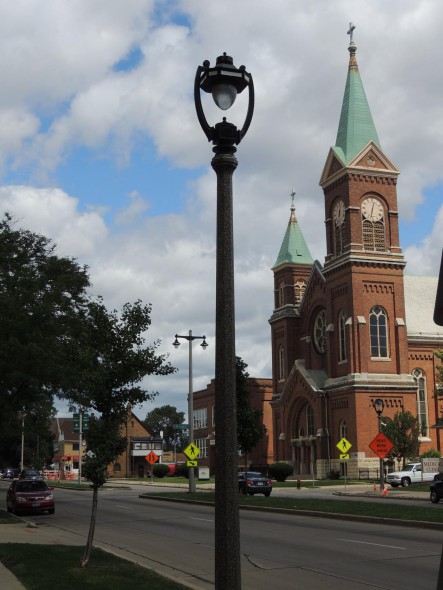 The project had been in the works for a little over three years with the goal of preserving the historic nature of the neighborhood, which is a state and federal designated historic district, and also to improve the public safety. “I hope this project is a stepping stone for more good things to come for this neighborhood,” said Donna Hyke, with the Historic Layton Boulevard Association. “We have a beautiful place here and we need to preserve it.”

The public announcement of the completion of this project came just days after David Montanez, a 64 year old resident of the neighborhood, was struck and killed by a hit-and-run as he was exiting a bus at the intersection of S. 27th and W. Rogers St..

“We’ve often had an issue in the neighborhood with cars and traffic going too fast,” said Zepnick.

The new changes, Zepnick and others hope, will reduce the likelihood of similar tragedies occurring.

The press conference was held in the district of Ald. Bob Donovan, who is running against Barrett for mayor and against Zepnick for alderman. But Donovan did not attend.

3 thoughts on “Welcome to the New Layton Boulevard”