The Real Meaning of the John Henson Affair

Does one racial profiling incident prove this is America’s most hypersegregated city? 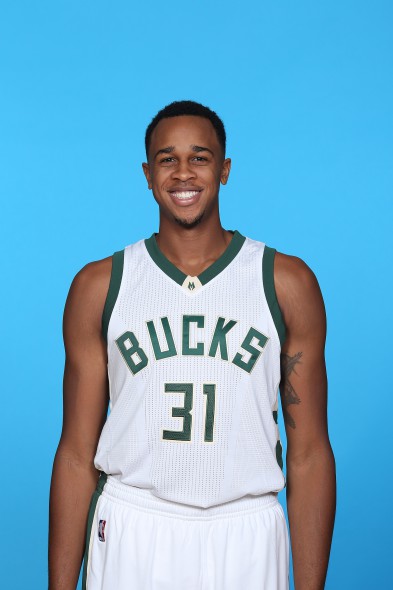 Across the nation the media has had a field day reporting the ugly incident involving Milwaukee Bucks player John Henson. But for all the stories, there are still many questions which haven’t been examined or answered — questions which might help us to better understand how in the world this happened.

The gist of the story we’ve heard repeatedly: Henson and a friend went to Schwanke-Kasten Jewelers in Whitefish Bay to look at some Rolex watches and the employees locked the door of the store. Henson then rang the store’s bell twice and the employees went to the back of the store and ignored him. They called the Whitefish Bay Police, who turned up, watched Henson for awhile and then approached him to ask about the Red Chevy Tahoe he was driving, which had dealer’s plates. Henson explained that he was a member of the Milwaukee Bucks and the players get vehicles from this dealership.

At this point the police called dispatch to ask the jewelry store employees to open the door and they refused. “The employee told the dispatcher to have the officer come to the back door,” according to Whitefish Bay Police Chief Michael D. Young, whose report was quoted verbatim by USA Today. “After my officer informed the Schwanke-Kasten Jewelers employee that it was a Milwaukee Buck, the employee came to the front door and let them in.” But even then, “the employee requested that an officer stand by as they looked at the Rolexes,” but the officers refused and left the store.

There are some discrepancies in this story. Henson says the employees locked the door, representatives of Schwanke-Kasten say their store is always kept locked and customers must ring to get in. The store’s representatives also say they had a suspicious incident (but no robbery) involving a Red Chevy Tahoe three days earlier and were on alert because of this. But Henson is 6 foot 11 inches tall and could have hardly have looked more different than than the previous drivers of the Chevy Tahoe. Shouldn’t that have told the employees this was no ordinary customer and might be a basketball player? How could the employees refuse to open the door to Henson even after the police arrived? And how in the world, after learning this was a wealthy NBA player, could the employee insist that police stay there to watch Henson?

These are dismaying questions, which seem to leave no answer but that this was blatant racial profiling. But perhaps these employees are simply bigoted airheads and aren’t reflective of the company for which they work. Tom Dixon, President of Schwanke-Kasten Jewelers, responded to the incident with a press release saying “We all agree that racial profiling is never acceptable and deeply regret how the circumstances unfolded.” The next day, Dixon went to the Bucks’ training center in St. Francis and apologized to Henson, who said, “He was sincere in his apology. He knew that shouldn’t have happened.”

Dixon told WISN 12 News the store had three armed robberies in 18 months, to help explain why employees might have been on edge. But that story doesn’t hold up so well. There was a robbery 18 months ago, but that was of a Schwanke Kasten store in downtown Milwaukee. The two suspects were “described as black or Hispanic men between 18 and 25 years of age.” When that robbery occurred, the story by WISN mentions there had been an earlier robbery of the company’s Whitefish Bay store, but the Whitefish Bay police chief said he didn’t think the two robberies were connected.

And with good reason. The robbery that occurred back in September 2013, of four Rolex watches valued at more than $40,000, was by a suspect “described as a male who fled in a silver car with out-of-state plates” Needless to say, if this suspect had been black the story would have said so.

Indeed, it would appear that Dixon’s concern was all about a white man from out of town. Three days before the Henson incident Whitefish Bay Police did observe a newer red Chevrolet Tahoe with dealer’s plates park in front of Schwanke-Kasten and four men get out of the car and approach the store, but they ended up driving away, and again, were not described as minorities. Two days later, Dixon “spoke with an officer to report that a Green Bay store that sells Rolex watches was burglarized overnight. He provided our officer with a surveillance photo from that incident of a white male in a mask.”

In short, what we have is just one robbery of the Whitefish Bay store, which happened two years ago and was probably by a white guy, and another suspected robber, a white male in a mask who robbed a store in Green Bay. If the store’s employees were looking to profile a possible thief in a Chevy Tahoe, you’d think they’d be profiling white guys, not a 6 foot 11 inch black man.

Then there is the matter of how the local press covered this. The Milwaukee Journal Sentinel did a story which bizarrely enough ran in the sports section, as though this racial profiling incident was only of interest to sports fans. On its second day of coverage, reporting Dixon’s meeting with Henson, the story was buried on page 6 of the sports section. What in the world are the editors thinking?

The paper did offer helpful column of commentary by James Causey. Causey is black and periodically writes about race relations, but always in an understated way. He noted that “At 46, I still get racially profiled. I’m stopped an average of four or five times a year by police for driving while black.”

While racial profiling of blacks who are celebrities gets attention, the far more common profiling of average folks is simply not newsworthy. “I guess until it happens to someone of stature, its just something that common folks have to deal with,” Causey ruefully noted.

Causey calls Milwaukee “one of the nation’s most hypersegregated cities.” Liberals love to make that claim of hypersegregation, but in fact the word is pretty much meaningless.

Back in 2003, I interviewed sociology professors Douglas Massey and Nancy Denton, who invented the term, popularizing it in their 1993 book American Aparthied. It was used to equate Amerca’s ghettos with South African townships, but in fact Denton admitted to me that the authors did no statistical analysis of segregation in South Africa.

Massey and Denton wrote that “blacks living in the heart of the [American] ghetto are among the most isolated on earth” “unlikely to come into contact with whites” within “the particular neighborhood where they live” or “the adjacent neighborhood.” Yet they offered no analysis of segregation in America on a neighborhood or block level.

Nearly as suspect are the ranking of which cities are most segregated, based on the dissimilarity index invented by sociologists. These rankings shame cities with large populations of black people, Chicago and Milwaukee, and praise cities like Salt Lake City or Lincoln, Nebraska, which have a tiny percentage of African Americans, suggesting they are not very welcoming places for blacks. As famed researcher Nate Silver has reported, the cities that these rankings claim are the most segregated are often the most diverse cities in America. That’s a far more nuanced and accurate view of integration and suggests the limitations of the dissimilarity index.

To be sure, Milwaukee has serious racial problems. And it well be that problems here are worse than in many big cities. But the issues here also arise in the context of a nation whose failings have inspired the Black Lives Matter movement.

Meantime there is something haunting about boyish-faced, 24-year-old John Henson, a loyal Milwaukee Buck and basketball player so skilled that he seems to have been somewhat sheltered from racism in America and shocked by what he encountered here. “This was one of the most degrading and racially prejudiced things I’ve ever experienced in life and wouldn’t wish this on anyone,” he wrote on Instagram. “You have no right to profile someone because of their race and nationality.”

It was “kind of a surreal moment,” he later reflected. But alas, it’s all too real in this city and this nation.

18 thoughts on “Murphy’s Law: The Real Meaning of the John Henson Affair”