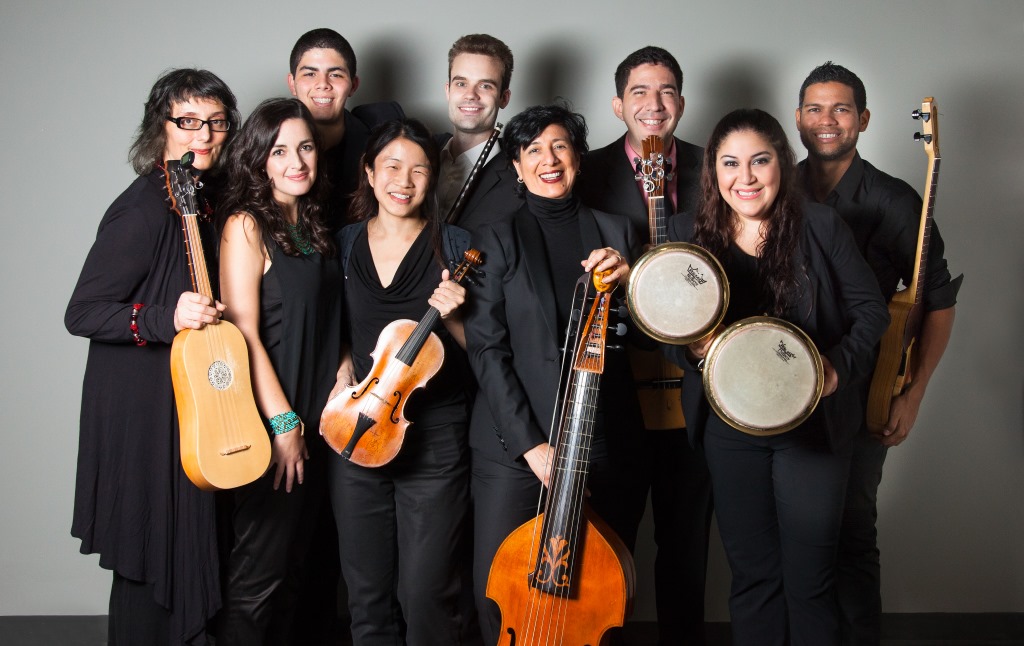 Early Music Now opens their 2015-16 season this Saturday with a concert by a Boston-based ensemble – Rumbarroco – that challenges traditional perspectives of western classical music. The diverse communities of Andalusia (southern Spain) experienced a “Golden Age” while much of Europe was in the Dark Ages. A creative mix of Moslem, Jewish and Christian influences created music, art and architecture that deserve more attention.

Some of the influences can be found in the music in rest of Europe several centuries later, as dance rhythms from this overlooked era brought energy to the Baroque music of J.S. Bach in Germany and François Couperin in the courts of France. The thread less followed by scholars of Western Music concerns the spread of Spanish music to Spain’s colonies in the Americas.

Rumbarroco shows how European Classical music was, and can be, revitalized by adding indigenous and African rhythms and instruments. In the other direction, the ensemble highlights the European influence on Latin American folk music and Afro-Hispanic music by performing them with Baroque instruments

Saturday’s concert features infectious dance rhythms performed on early instruments gently plucked — Baroque guitar, theorbo, cuatro — as well as the pleasing resonance of the viola da gamba family of instruments: bowed instruments preceding the violin, viola and cello. Two vocalists offer the poetry of romance and of celebratory faith. The mix works well to introduce a selection of Baroque and Renaissance works from Spain and from Latin America that are refreshing and timeless.

Rumbarroco will perform in an early evening concert at 5:00 p.m. October 17th at the UW-Milwaukee Helene Zelazo Center for the Performing Arts. Ticket prices range from $29-$46 for adults, and $10-$15 for students. They are available online at www.earlymusicnow.org, or by phone at 414-225-3113. Online and phone orders close Friday at noon, but Tier 3 tickets can be purchased at the door.