So say its members. Or are they kidding? 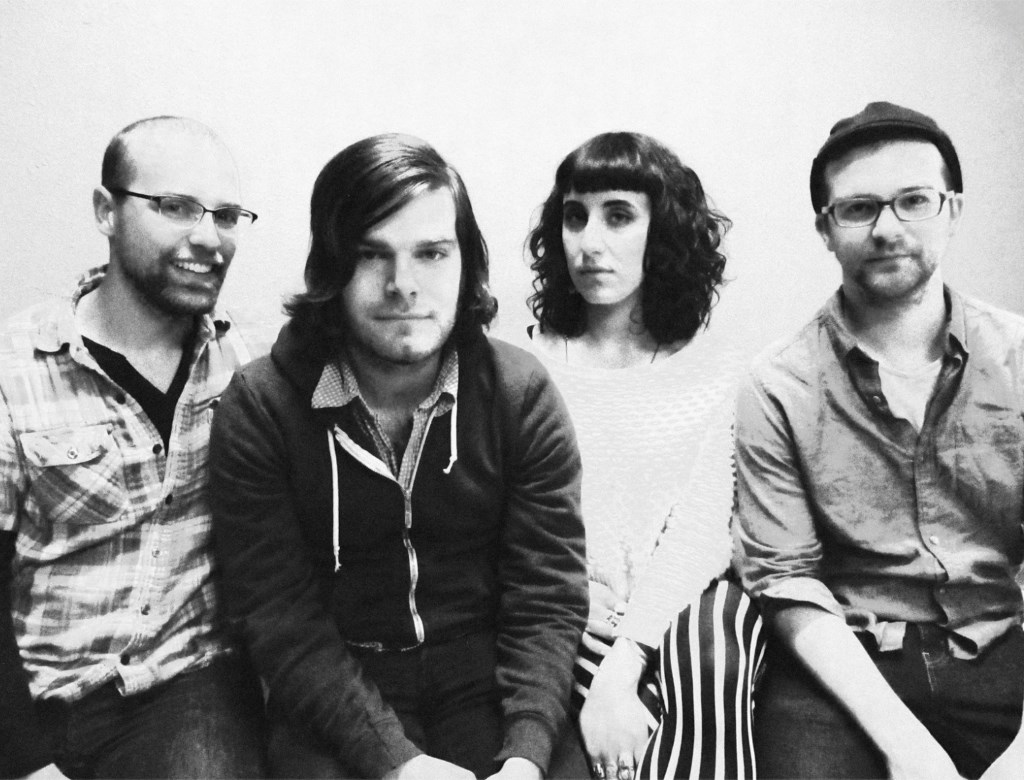 The Milwaukee band, NO/NO, arose quickly from the ashes of the Delphines. The Delphines had been a big success in town, but Singer Jami Eaton got married and started a family, and no longer had the time to dedicate to such a busy band. And so, the Delphines singer/guitarist Harrison Colby, bassist Lucas Riddle, and drummer Jeremy Ault decided to create a new band, and added Rio Turbo dancer and Pleasure Thief musician Cat Ries to serve as the front woman and synth player. The results quickly impressed Matt Wild of the Milwaukee Record, who declared, “NO/NO continues to make a case for being one of Milwaukee’s best bands in its own right.”

But NO/NO has been performing recently as a two-person line-up now that Ault has left to help his wife take care of their new born child and Riddle has gone to Chicago to pursue a PhD.

However, the poppy, synth-laced musical quest continues for Ries and Colby. Urban Milwaukee sat down with the two of them to discuss NO/NO.

When did you get started?

Ries: We got started during fall of 2014, but we had talked about it before then.

Colby: Cat dances in Rio Turbo, and they went on tour with The Delphines. So, after the lead singer of The Delphines left, we asked Cat if she wanted to play with us. The band eventually grew out of that.

Ries: We get compared to bands like New Order, and that makes sense because we’re all New Order fans.

Ries: Smiths and Blondie also inspire us. Pretty much any 80’s new wave Goth band. Which is totally cool, because we love that music. There are definitely some contemporary pop sensibilities to it.

Do you have any experience playing music like this?

Ries: I’ve never been in a band like this.

Colby: The Delphines were like pretty much garage rock, and after that ended we were like, let’s add a synth and then change out the drums with a drum pad, because we love that fake drum sound.

Why the name NO/NO?

Ries: Because all good band names were taken.

Colby: It took us like six months to come up with that. NO/NO was the third choice of like a thousand choices, and we eventually just came back to it.

Ries: Visually, it looks good, and it’s easy to remember. The negative connotation is also relevant to our dark and emotional vibe, but I also like that it has no meaning at all.

Colby: Literally and figuratively it’s nothing.

Ries: Our music is electronic, so it has a cold and distant vibe, but then lyrically it’s pretty dark and emotional. But it’s also sung very despondent and apathetic. So there’s all these juxtapositions of being emotional and also cold and distant, and I think the name reflects that well.

Ries: Sometimes nothing, there’s this sing on one of the Ep’s called XO, and that’s about Hellraiser.

Colby: I watched all the Hellraiser movies in like three days, and then wrote that song.

Ries: Most of my songs are about relationships, but kind of like not wanting to be in a relationship. It’s like an anti-love song. Which ends up still being a love song, I guess.

Colby: Cats are like anti-love song songs, and mine are just about watching T.V.

Is there any social or political commentary in your songs?

Ries: For me it would be social and maybe cultural, but only in regards to what ideas of love and relationships are.

Age range of the members of your band?

Ries: We have buddies. We have a lot of friends in bands. That’s kind of the Milwaukee music scene, which we think is great. Everyone is friends with everybody else, and probably plays in bands with everybody else too. I think that we do kind of play off each other. I really like The Whips and Fatty Acids. Yeah, I really like GGOOLLDD. We’re going on tour with them in like two weeks.

Do you think the Milwaukee music scene can gain national attention?

Ries: We definitely think so.

Colby: We think the only thing that’s hurting it is that most people on the East and West coasts think there’s like a no-mans land for music in between. All it needs is a little bit of national press and it would take off.

Ries: Drinking a lot of beer.

Where do you often play?

Ries: We play Public House, Linneman’s, Quarters and Mad Planet. Those are the places we play the most.

Ries: Linneman’s or Mad Planet as far as the sound goes. The sound people there are just really on it.

Have you toured anywhere before?

Colby: We’ve gone on little ones, to like Minneapolis, and Madison, and Chicago.

Ries: This one with GGOOLLDD is going to be pretty long. It’s Madison, Chicago, Cincinnati, Dayton, Munsee, Cleveland, Philadelphia and New York.

Ries: We know the people in GGOOLLDD, but we got to hang out with them the first time at the Appleton music festival. We hadn’t hung out before that, but when we did we realized the tour would be fun.

Colby: The tour was booked before we ever really got to know each other.

Ries: We released two EP’s last year within a month of each other. Since then, we’ve been working on our first full-length album. We finished that like two weeks ago. It’s being pressed right now. It’s called Sound and Light. The new album is really indicative of the trajectory were heading on now, which is different. We still sound like the same band, but it’s pretty different. The songs are longer, and it’s definitely the most cohesive thing that we’ve made. As a whole, it’s our favorite thing we’ve made.