A New Model for Growing Jobs in Wisconsin

Plan would eliminate WEDC and consolidate economic development programs back into a state agency. 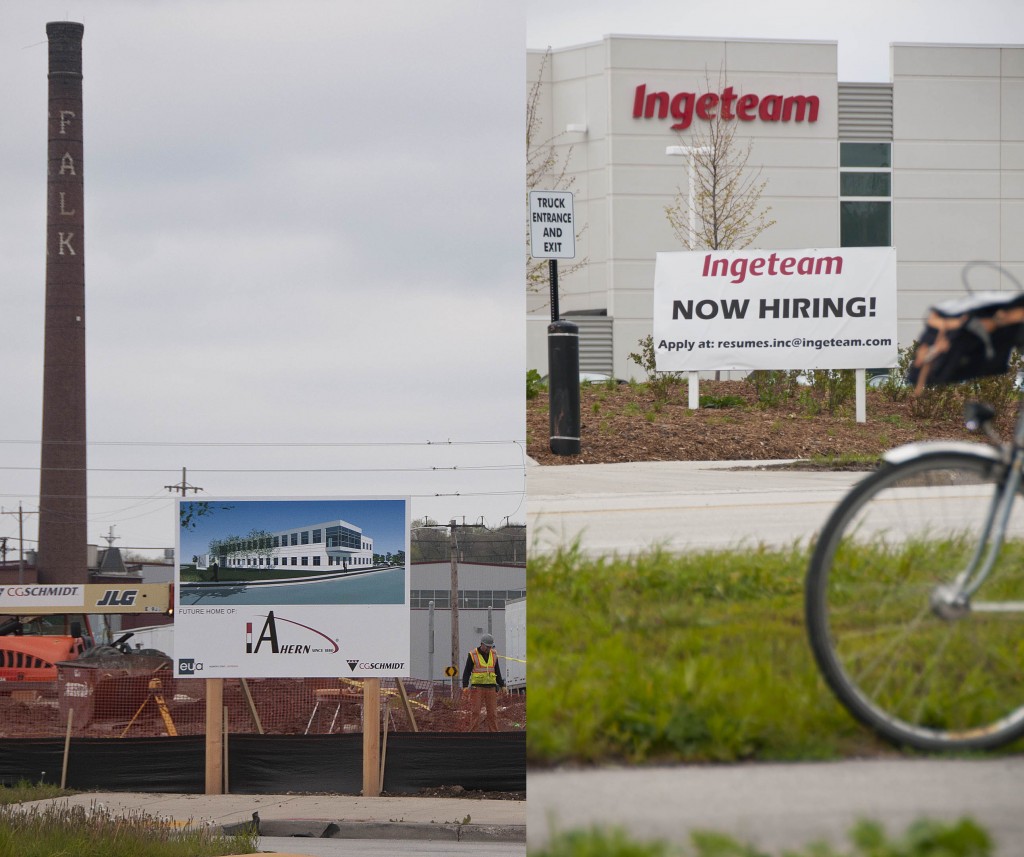 New jobs along the Hank Aaron Trail in the Valley

We believe that economic development in Wisconsin is vitally important to our future and we all want Wisconsin to be a national leader in creating good-paying jobs. That’s why we are proposing a new path forward for our state’s jobs agency.

We are proposing a two-pronged, hybrid agency that will help grow family-supporting jobs by supporting entrepreneurs and economic development, while also protecting taxpayers against fraud and outsourcing.

This new hybrid model attempts to resolve the most significant problems with the Wisconsin Economic Development Corporation (WEDC) while also retaining its best features.

The model we’re proposing separates what belongs in a quasi-governmental authority from fully public functions that belong in a fully public agency. Our proposal would allow Wisconsin to still benefit from private sector expertise in economic development but in a more targeted and focused manner.

First, our legislation will return all major economic development award programs to a public agency called the Wisconsin Department of Economic Opportunity.

Second, we will create a public-private board, the Badger Innovation Corporation, that will help market and promote Wisconsin and take on key strategic roles. BIC would lead trade missions, recruit businesses and assist with marketing and industry cluster development. This public-private arm will also raise greatly needed private funds for economic development activities.

Consolidating economic development programs back into a state agency will allow Wisconsin to maximize opportunities for growth. One of the unintended negative consequences of making WEDC a quasi-governmental agency was that more than $24 million in federal funding could not be housed at the agency but instead had to be sent to the Department of Administration which splinters our economic development efforts. Returning the loan and grant making function to a public agency enables fuller collaboration with local development organizations and will mean nearly double the funding for economic development loans and grants.

This new agency will make economic development funding more accountable and transparent. Returning to a state agency means that the Department of Justice could once again work to recoup taxpayer dollars that are not being repaid, instead of diverting development dollars to hire pricey private attorneys and collection agencies. The Wisconsin Department of Economic Opportunity would also uphold a commitment to transparency and add taxpayer protections from companies who receive economic development assistance but still outsource Wisconsin jobs.

Republicans have abandoned WEDC at a pivotal time when meaningful changes and strong direction is needed. But at a time when Wisconsin ranks 30th in private-sector job growth and dead last in new business startups, economic development is far too important to abandon. We are committed to replacing this agency with a model that works, one that retains private-sector involvement in Wisconsin’s economic development strategies but puts the administration of grants and loans where it’s safe from corruption and cronyism.

This model also would allow the private board to have valuable input in the areas they have expertise. Private business leaders cannot advise our state on how to attract and grow jobs when our economic development agency is simply lurching from crisis to crisis.

Because WEDC’s brand and credibility are severely damaged, internal reform efforts are no longer sufficient. Our proposal is meant to begin the conversation about what the future of Wisconsin’s job creation programs should be and how to make Wisconsin a top 10 state for job creation.

Clearly, what we have now is not working. Although taxpayers have invested tens of millions of dollars in economic development, Wisconsin is still in the bottom half of states in creating jobs. Scathing Legislative Audit Bureau audits and multiple investigative media reports of WEDC raise serious questions about mismanagement and cronyism. Our proposal offers a fresh start and a new uniquely Wisconsin approach to help get our state’s job creation efforts back on track.