Why Was Cindy Archer Lawsuit Pursued?

It’s certainly not helping conservatives who filed it. Another John Doe mystery. 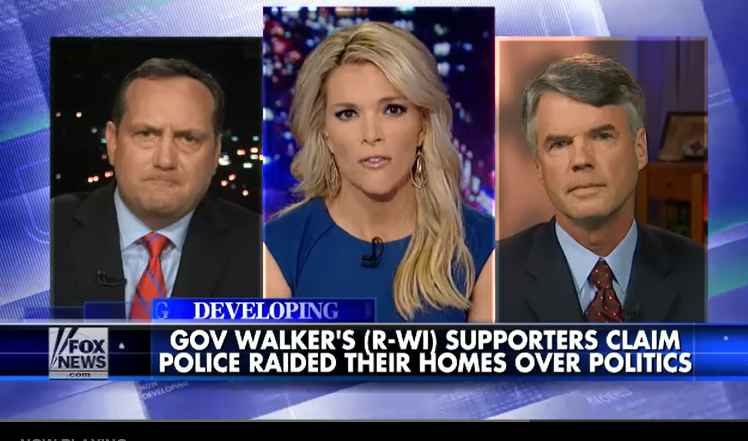 Two previous posts in this series looked at two mysteries involving the John Doe investigation: first, why five judges — one federal, four on the state Supreme Court — felt free to ignore US Supreme Court decisions and second, why DA John Chisholm remained wedded to secrecy even when it no longer served his interests.

The third mystery relates to the Cindy Archer lawsuit and raises the most questions: why it was brought, why it was brought in a fashion almost designed to fail, and why Archer’s attorneys decided to drag in the Wisconsin Supreme Court decision legalizing coordination between outside groups and candidates.

Archer is represented by the same legal team who represented Eric O’Keefe and the Wisconsin Club for Growth in the challenge to the John Doe investigation of alleged coordination with the Walker campaign. This includes David Rivkin and Mark DeLaquil of the Washington firm of Baker & Hostetler, the lead attorneys on the Doe challenges. Rivkin has been involved in a number of cases advancing a right-wing agenda, including the constitutional challenge of the Affordable Care Act. DeLaquil’s specialty is environmental law, generally challenging environmental regulations.

Up until now, Rivkin and his allies have had remarkable success in convincing many on the right–including the five judges–that the John Doe investigations resulted in a series of violations of civil rights. To a large extent this success was due to the secrecy orders surrounding the investigations; no hard evidence was disclosed as to what occurred during the collection of evidence, until Archer filed her suit. When the accusations of civil rights violations came before the federal district court and the Wisconsin Supreme Court, these allegations had not been proved nor disproved.

The Archer lawsuit could be a strategic blunder. It forced the release of documents and an audio tape that contradicted the most serious claims of abusive practices. The release of this material forced Archer’s lawyers to submit a revised complaint. The damage done to the narrative promoted by Rivkin and others is suggested by comparing the original Archer complaint to her second one.

At the bottom of this column I’ve listed 11 charges, most quite serious, made in the original complaint, but now missing from the revised version. While the Archer warrant was part of the first John Doe investigation (of Scott Walker’s county executive administration), very similar charges have been made about the second probe (investigating coordination between the Walker campaign and outside, ostensibly independent groups), suggesting that these charges are also likely false.

Knowing—or at least suspecting—that the evidence would not support the charges he has made, why did Rivkin and his associates bring the Archer lawsuit? The second mystery—why does the suit seem designed to fail–suggests a possible answer. Perhaps Archer’s attorneys were counting on the suit being dismissed before evidence was released.

Archer is suing the prosecutors and investigators in their personal capacities, rather than the government entity that employed them. Generally public employees enjoy broad immunity for decisions made in an official capacity. If they make a mistake, a suit against the government entity employing them has a much lower burden. The rationale is that if public employees—police, for instance—constantly worry about being sued by those who disagree with their decisions, they may be reluctant to act.

Public employee immunity comes in two forms. Absolute immunity applies to certain job categories, such as prosecutors and judges. It was developed to prevent people convicted of crimes from seeking revenge by suing the judge or prosecutor.

Qualified immunity is available to other public officials, including police and investigators. They can be sued personally, but only when they violate a clearly established standard. Thus, in his decision on the John Doe, Federal Judge Rudolph Randa denied qualified immunity to the prosecutors and investigators, erroneously concluding that they should have known that coordination between candidates and outside groups was clearly legal. In fact, the clearly established standard is just the opposite: in reversing him, the 7th Circuit Court of Appeals pointed out that the Supreme Court had ruled that such coordination with campaigns was subject to restrictions.

If the three prosecutors sued by Archer have their way, the Archer suit will be dismissed without examining the evidence. They filed a motion for dismissal based on absolute and qualified immunity. They also moved that all discovery be stayed until the issue of immunity could be decided. Perhaps Rivkin was counting on this outcome. Bringing the complaint would have put the charges on the public record and he could argue that the prosecutors merely won on a technicality.

For example, among the documents released in response to the Archer lawsuit was the search warrant. It listed three issues to be investigated: whether improper political influence was applied to win a county contract for rented space at the Reuss Federal Plaza; whether Archer and others engaged in political activities on county time as part of the Walker administration; and whether setting up a private e-mail system was an attempt to circumvent the open record laws. In the end, the DA decided not to prosecute these issues, but they certainly seem plausible. For example, the investigators claim to have found an email from Walker requesting the rejection of a request for an extension in the Reuss lease made by his own Department of Transportation and Public Works.

To evaluate the accusation that the investigation was a fishing expedition would likely require the release of every order expanding the investigation and every search warrant, along with the documentation supporting the issuance of each warrant. Did the investigation of one lead to the next, as the investigators argue? Or, as Archer’s suit alleges, were they using one possible crime as a pretext for finding information damaging to Walker?

The revised complaint by Archer’s lawyers is actually longer than the original, even with all the charges it dropped. That’s because the revised version adds almost 50 more charges.

Thus the revised version drops the original’s Count III: “Denial of Miranda warning/due process,” in light of the clear evidence on the audio tape that this charge was false. In its place, however, it adds three new counts: “Retaliatory arrest”, “False arrest”, and “Conspiracy to violate civil rights.”

The new stuff aimed at salvaging the wreckage of the first complaint adds little. Here is a typical new point: “68. Defendants [sic] agreement lasted through at least July 16, 2015. All Defendants were aware of the general object of harming Walker and his associates.”

One of the stranger additional allegation is this: “178. Despite the investigation being closed, Defendants have gone back to the John Doe judge to obtain further secret information and allow its public release. The purpose was to smear the reputations of targets.” Archer’s lawyers are complaining about information released in response to false claims in the lawsuit they brought.

First, the decision itself ruled that coordination between candidates and outside groups is fine as long as it doesn’t involve express advocacy. But as the 7th Circuit acknowledged, this interpretation of the First Amendment runs counter to decisions by the US Supreme Court, which “has stated repeatedly that… the government is entitled to regulate coordination between candidates’ campaigns and purportedly independent groups.”

The revised complaint quotes extensively from the Wisconsin Supreme Court decision, that the “special prosecutor ‘employed theories of law that do not exist in order to investigate citizens who were wholly innocent of any wrongdoing.’ … The Court concluded: ‘Let one point be clear: our conclusion today ends this unconstitutional John Doe investigation.’”

But this would seem to create a quandary for the federal district court. It is bound by the decision of the 7th Circuit. Does it ignore the conflict between that court’s decision and the Wisconsin Supreme Court’s contrary interpretation of the First Amendment? By bringing in the state court decision, the complaint seems to be asking the federal District Court to reject the decision of the 7th Circuit, by which it is bound.

The complaint also extensively quotes the Wisconsin Supreme Court’s accusations about the conduct of the second John Doe investigation. By bringing up these allegations, the complaint seems to be asking the District Court to examine and perhaps rule on the evidence behind these accusations. But the state court never held a hearing on these charges, instead relying on unsupported accounts in conservative publications. Inviting the federal court to examine the state court’s decision seems unwise.

Perhaps there is some larger strategy I am missing underlying the Archer suit. So far it looks like a huge blunder.

What the revised Archer complaint leaves out

Here are some assertions in the original Archer complaint that are missing from the revised version:

One thought on “Data Wonk: Why Was Cindy Archer Lawsuit Pursued?”