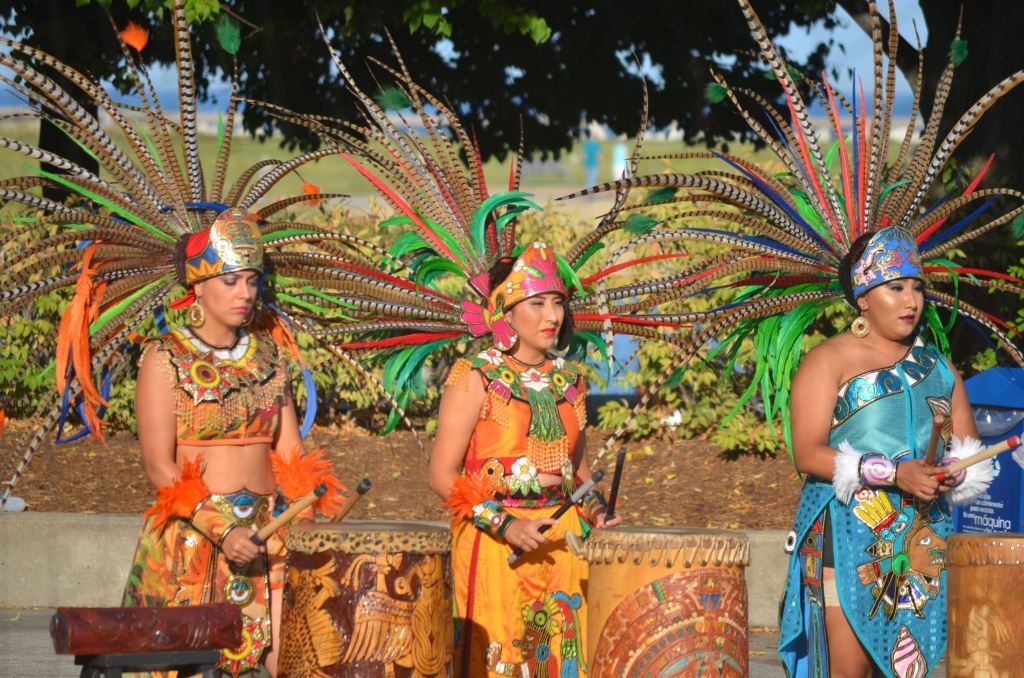 “¡Se Siente!” greets festival goers as they pass under the arches leading to the Henry Maier Festival Park. It is indeed Mexican Fiesta 2015, and an afternoon of food and fun awaits you.

Everywhere you go, you could hear authentic Mexican music being played by a live band. There are too many great bands to list, but one group in particular, Chuy Lizarraga y su Banda Tierra Sinaloense, attracted a huge sea of people.

You can’t have a festival without dancing, and there were many opportunities to both see and partake in dancing at the fest. Dance groups like the Dance Academy of México of Marina Croft gave its audience a vibrant display of dancing with its presentation of “Del Norte al Sur.” Those looking to do a bit of dancing themselves could try their best at the dance contest or just bust some moves in front of a giant boom box.

Many places also gave festival goers an opportunity to shop. The Cultural Pavilion in particular offered a huge variety of Mexican products, from soaps to dolls to instruments. The best part of shopping at the Cultural Pavilion is that you can also catch a show as you shop, including a guitar performance by Samir Belkacemi.

Hotwheelz, “Milwaukee’s Hottest Car and Motorcycle Show,” was featured at the south end of the festival. The huge show featured cars from the 1930s all the way to modern cars, trucks, SUVs, motorcycles and even a few bicycles. Featuring cars customized to the nines with hydraulics, fancy paint jobs and more, the show was a real treat for car enthusiast. My only regret was that I missed the jumping contest at 1 p.m.

Of the many other activities, one highlight was the Pok-Ta-Pok – Ballgame of the Ancient Maya with a presentation by Rene Ávila. His “Call for Peace” showcased the fast-paced sport before he went into a Mayan drum performance.

It was great to see people of all ages attending the fest on a Saturday night, including families, teens, and seniors. One of the bands surveyed their audience and found that those in attendance hailed not only from Milwaukee, but also from Illinois, Indiana, Iowa and Texas.

Mexican Fiesta 2015 turned out to be one of the best attended of Milwaukee’s ethnic festivals — and with good reason. The amount and variety of food, activities, music and dance kept festival goers of all ages happy. It was a great fest and I can’t wait for next year. 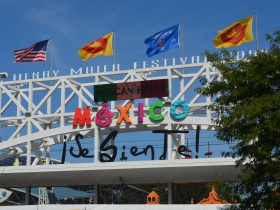 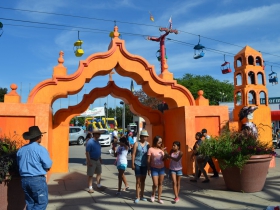 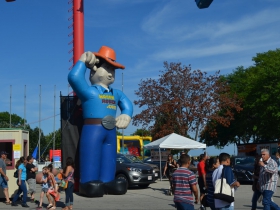 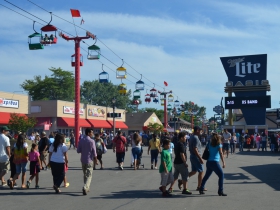 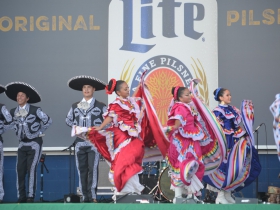 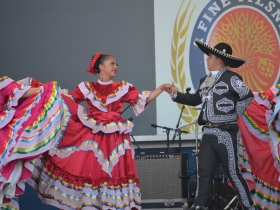