Wisconsin would no longer spend $800 million per year to import energy from other states. 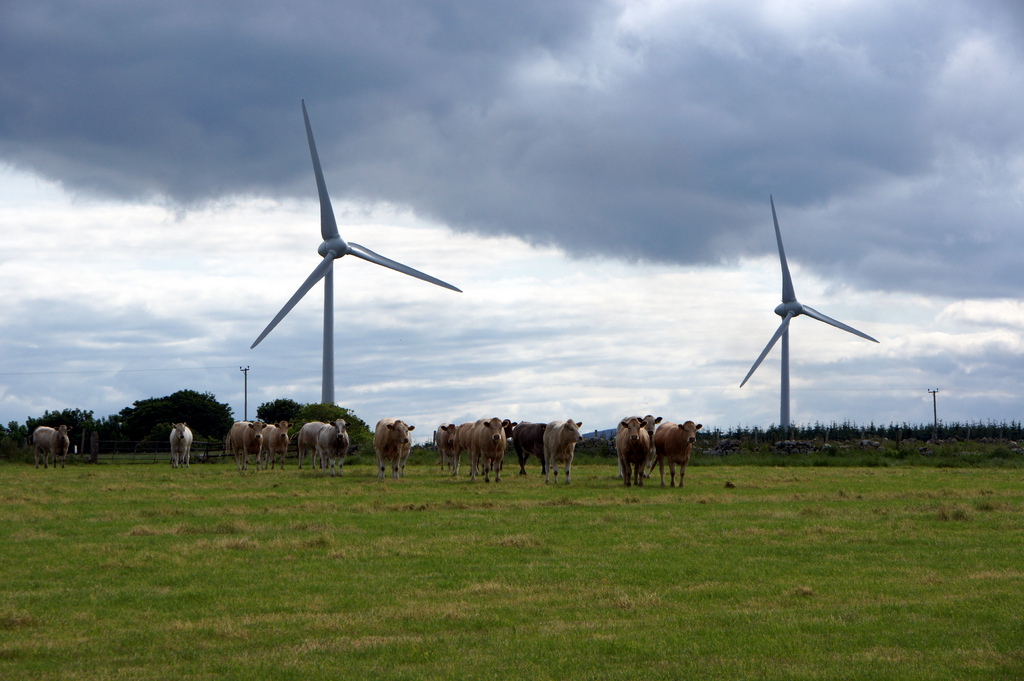 In a recent op-ed for the Milwaukee Journal Sentinel, Scott Manley of the Wisconsin Manufacturers and Commerce predicted that the federal EPA’s Clean Power Plan would be an “economic disaster” for Wisconsin. Actually, if one wants to look at the possible impact, its instructive to look at neighboring Iowa.

Iowa currently receives more than 28 percent of its electricity from wind energy. If you only read Manley’s commentary, you might think that, as a result, Iowa must suffer from sky-high electric rates and rolling blackouts. However, Iowa manufacturers pay the lowest electric rates in the Midwest and the third lowest in the entire country. This trend isn’t going to change anytime soon: Iowa’s largest utility recently announced a major investment in wind energy that will reduce customers’ rates by $237 million over the next decade.

According to an independent, third-party analysis conducted by Synapse Energy Economics last month, if Wisconsin invested heavily in renewable energy and energy efficiency, consumer bills would be $30 per month lower than business-as-usual in 2030 and $10 per month lower than residential bills were in 2012.

The benefits of wind power extend beyond just cheap electricity. Iowa’s focus on wind energy has brought 6,000 jobs to the state and $10 billion in private investment. Every year, Iowa farmers and other rural landowners receive more than $17 million in payments for leasing their lands for wind turbines. And while Wisconsin’s industry numbers are nothing to scoff at — approximately 1,000 jobs, $1.3 billion in investment, and $2 million in annual lease payments — they could be much, much higher.

Manley asserts that the United States is blessed with abundant energy, and indeed it is. But Wisconsin currently sends over $800 million per year to other states to purchase their coal, and Wisconsin homeowners and businesses have paid over $2.7 billion — yes, billion — in recent years to maintain and upgrade coal plants that are, on average, 40 years old. While other states cash Wisconsin checks, the wind that could be creating wealth and jobs continues to blow across Wisconsin.

Rather than harnessing this natural resource and driving investment in the Badger State, Wisconsin is slow to embrace the inevitable transition to clean, low-cost wind power. Indeed, Wisconsin is the only state in the upper Midwest that is not currently constructing a wind farm. Even more disheartening, Wisconsin is one of just a handful of states nationwide that has a developable wind resource yet hasn’t seen a project built in the past four years. At a time when the state gets just a fraction of its energy needs from homegrown renewables, the reality is that Wisconsin ratepayers are currently paying more for their electricity than anyone else in the Midwest.

But it’s not too late. Prices for wind energy have never been lower than they are right now. According to a new report from the Lawrence Berkeley Lab, the average price of a utility contract for wind energy was 2.35 cents/kWh in 2014. Best of all, utilities can lock in these low prices for 20-plus years, helping to suppress the effects that ever-increasing coal prices have on electric rates.

Wisconsin has many ways to meet the standards set forth by the Clean Power Plan, and numerous independent reports have found that the CPP can be met affordably and reliably. Rather than fighting a trend that is happening across the country, policy-makers in Madison would be smart to start planning so affordable clean energy can be incorporated into their compliance plans in a way that addresses the state’s high electricity prices.

Chris Kunkle is regional policy manager-west for Wind on the Wires, a nonprofit organization based in St. Paul, Minn., that works to overcome the barriers to bringing wind energy to market by addressing technical and regulatory issues, as well as through education and public outreach. WOW’s members include wind developers, turbine manufacturers, construction companies, and supply chain businesses, as well as clean energy advocates. Contact Kunkle at ckunkle@windonthewires.org or 651-644-3400.