Walker’s All Wrong on Marriage Equality 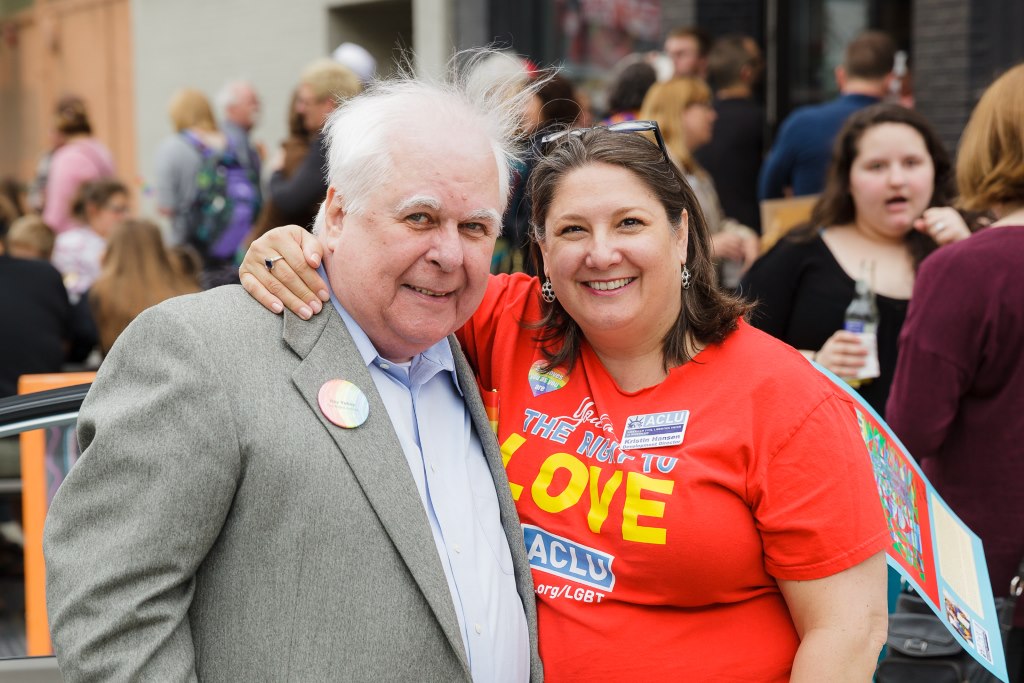 The recent, much-hailed decision by the U.S. Supreme Court has made marriage equality the law of the land. Yet our own governor, Scott Walker, wants to spend more tax money proposing a new amendment to the constitution to prevent only some citizens, gay Americans, from being allowed to marry. This stand comes at a time when opposition to marriage for same sex couples is melting away across the globe, even in the strongly Catholic country of Ireland, which became the first nation to legalize marriage equality by popular vote.

Many LGBT couples in Wisconsin were celebrating their first legal anniversaries of being married in June. Last year the weddings all took place over Pride weekend after the state’s ban on same gender couples being married was overturned. That decision came only after Walker dragged out the lawsuit trying to defend the state’ constitutional amendment banning marriage equality, even after losing each of his court cases. He ordered numerous additional and costly steps, trying to file the suits in higher courts even before judgments were issued in lower courts. Perhaps this made good AM radio fodder, yet it was costly for Wisconsin tax payers. Marriage equality battles he fought cost tax payers more than  $1.2 million, long after it was of interest to the majority of voters.

Only then did Walker concede that the issue had been decided, telling the press last year that “Marriage equality is the law and for us it is over.”

But Walker is now running for president, and in particular, is aiming to win the Iowa primary, and has changed his stance, offering this salvo to the media:

“I believe this Supreme Court decision is a grave mistake. Five unelected judges have taken it upon themselves to redefine the institution of marriage, an institution that the author of this decision acknowledges ‘has been with us for millennia.’ In 2006 I, like millions of Americans, voted to amend our state constitution to protect the institution of marriage from exactly this type of judicial activism. The states are the proper place for these decisions to be made, and as we have seen repeatedly over the last few days, we will need a conservative president who will appoint men and women to the Court who will faithfully interpret the Constitution and laws of our land without injecting their own political agendas. As a result of this decision, the only alternative left for the American people is to support an amendment to the U.S. Constitution to reaffirm the ability of the states to continue to define marriage.”

The world Walker wants us to return to was one that made life painfully difficult for same gender couples. In Wisconsin, marriage wasn’t possible and you had to go to another state or another country to marry. And even after that marriage you had none of the 2000 marital rights in this state. It could mean doing your taxes eight different ways, hiring expensive accountants and constant worry (and legal bills) to be compliant with confusing laws. Same gender couples had no right to both adopt a child (and in fact we are still waiting for that issue to be resolved both for parents married at the time of the child’s birth and those who adopt a child). Unlike mixed gender couples who use donor eggs or sperm and automatically had both parents names on a birth certificate (because it is assumed the married couple are indeed the parents), Wisconsin has only allowed one name (regardless of the gender identity or marital status of the parents) for same sex couples. Same gender couples who adopt a child or even gave birth to one don’t yet have full legal rights to her/him, and most children who had same gender parents still only have one legal parent. We are waiting for clarification from Judge Barbara Crabb on this issue and that of those who were married after their children were born. We have thousands of children in our state with only one legal parent. 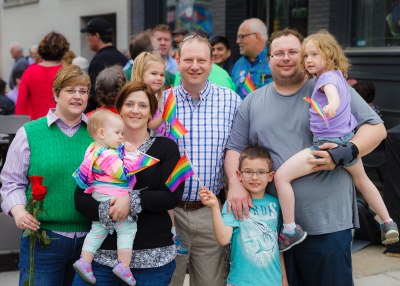 Walker has framed his latest views in terms of religious freedom suggesting “individuals and institutions” should have the freedom to “act in accordance with their religious beliefs.” While no church is being forced to perform marriages, Walker is implying that entire states should be able to opt out of the event for certain marriages. That view was clearly rejected by the Supreme Court, and by a long list of lower courts in the nation. It also is getting rejected by the American people. As ACLU of Wisconsin Foundation Development Director, Kristin Hansen has noted,

“Anti-equality business owners might have thought they could shun the 5 or 7 percent of consumers who are LGBTQ and get away with it. But now when they do that they also drive away the 60-70 percent of consumers who are strong allies of the LGBTQ community.  That, to me, is the big lesson. When you discriminate against our LGBTQ friends and family members we aren’t going to spend our money at your business either.”

Opposition to marriage equality is increasingly seen as an extreme position even by Republicans. As a recent New York Times story noted, “a growing number of party leaders” say Walker’s position on the issue, while it might help in Iowa, “may be jeopardizing his prospects in states where voters’ sensibilities are more moderate.”

Walker is styling himself as the younger voice of the future, but his stand on same sex marriage may increasingly make him look like one  of the last guardians of the retrograde past. Please Governor Walker, stop wasting our time and our money and honor the lives of LGBT people, their families and their neighbors. If it isn’t good enough for you that the highest court in the land just recognized marriage, what is? 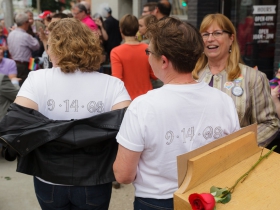 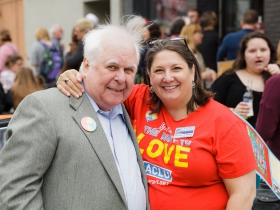 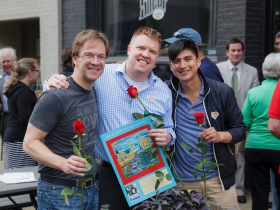 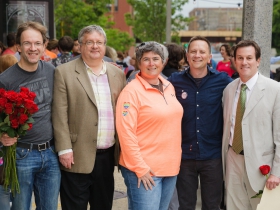 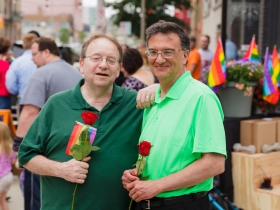 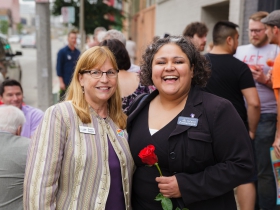 2 thoughts on “LGBT Life: Walker’s All Wrong on Marriage Equality”