Where Do LGBT People Meet? 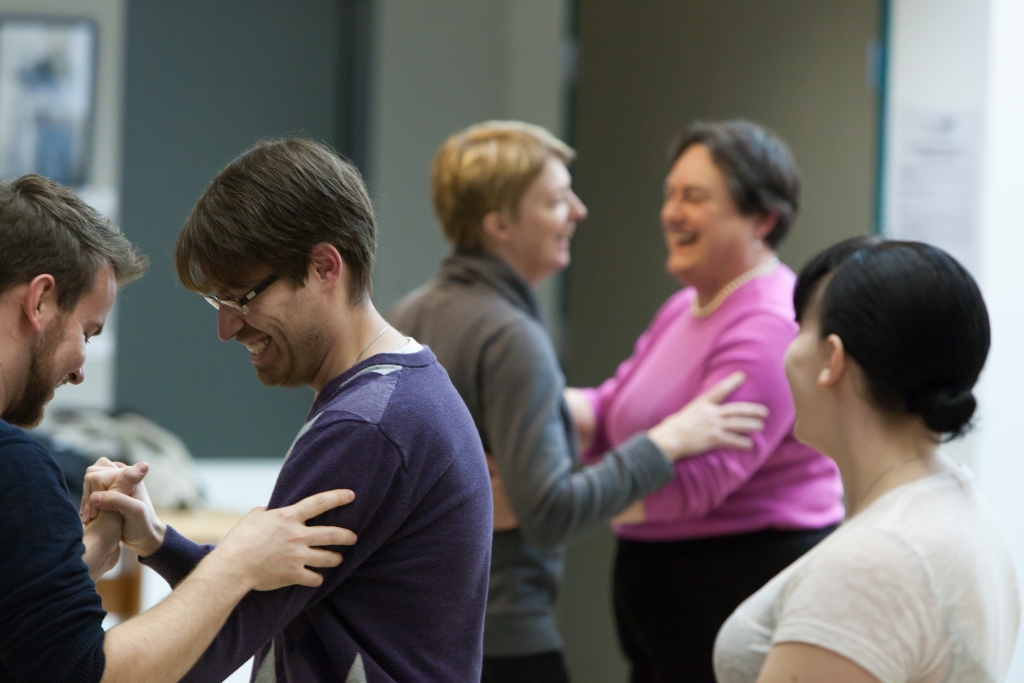 Long gone are the days when taverns were the only places where members of the LGBT community could meet. Bars used to act as gathering places, creating substitute families for those rejected from their homes for being gay or gender variant. Bars acted as community centers hosting holiday banquets, sporting events, dance parties and drag shows.

But the LGBT community has since organized, branched out and utilized social media to connect with like-minded people. According to a brief issued by American Progress, as well as dozens of other studies, between 20 percent to 30 percent of gay and transgender people abuse substances, compared to only about nine percent of the general population. In fact, Milwaukee has had a Galano Club: a LGBT 12-step club since 1973.

So getting out of the bars and finding other ways to socialize is important, and has offered healthier and more diverse opportunities to socialize as well as given less stigma to coming out. I interviewed more than 30 members of the Milwaukee LGBT community, to access a sampling of the lesbian, gay, bisexual, asexual, transgender and ally population between the ages of 25 and 66, asking them where or how they meet LGBT friends in Milwaukee. Bars only came up in a few of the interviews. It was obvious there is no shortage of places the LGBT community meets friends. Those who want to be active are able to find a bevy of social, sports, arts and professional activities. 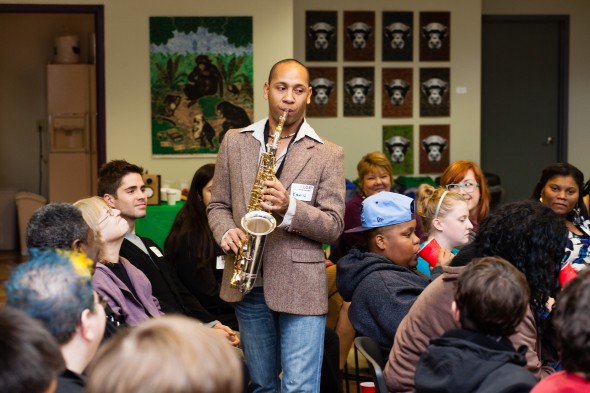 The myriad of LGBT clubs, social events, volunteer networks, professional development opportunities are as varied as the LGBT community. From old-fashioned house parties to political fundraisers, the LGBT community gathers all over town. When asked where do you meet LGBT people the most frequent answer I received was through volunteer work. Whether people were developing their professional skills, giving back to their favorite causes, raising funds for homeless queer youth or sharing their skills to assist their favorite organizations, people meet and develop their best LGBT friendships through volunteering.

Martin Palicki, recommends volunteering wholeheartedly, “I think when you volunteer you get in where you are interested and where the people are, whether it is Cream City Foundation’s Equality Luncheon, Big Night OUT (Milwaukee LGBT Community Center’s annual Gala) or another event that maybe you cannot afford attending on your own. Price shouldn’t hold you back as discounts are often available to volunteers. The Center (Milwaukee LGBT Community Center) has lots of free activities, too. Invest yourself in an organization and participate. Be sure you are interested in an organization or event, don’t just volunteer because you want to meet people, find a fit with what you are good at.” 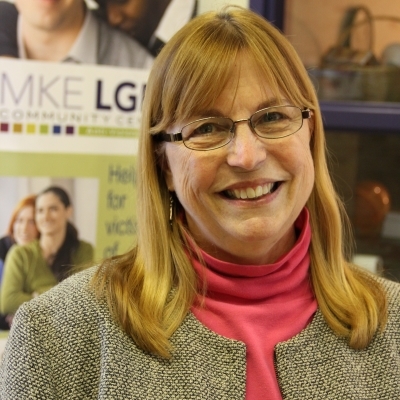 The Milwaukee LGBT Community Center is mentioned repeatedly for dozens of different reasons. The organization opened in 1997. (Disclosure: I was a founding board member.) Groups wanted a place to meet free from ridicule and people wanted to access social services for the LGBT community. Today more than 100 different organizations rent spaces for meetings and events in addition to programs and services sponsored by the Center. The Center has events going on over 300 nights a year. It also offers social service programs including SAGE for those 50 and older, Project Q youth programming for ages 13-24, counseling and anti-violence services, HIV testing, a library with nearly 3,000 volumes, gallery space, and a computer center. Karen Gotzler, the center’s executive director, says “people don’t realize how many of our volunteers build career skills here, from those who volunteer at the front desk, those who work as Big Night Out producers, to those who work with our youth in Project Q. The Center becomes a family for many as well as a way to use their talent to make a difference.” 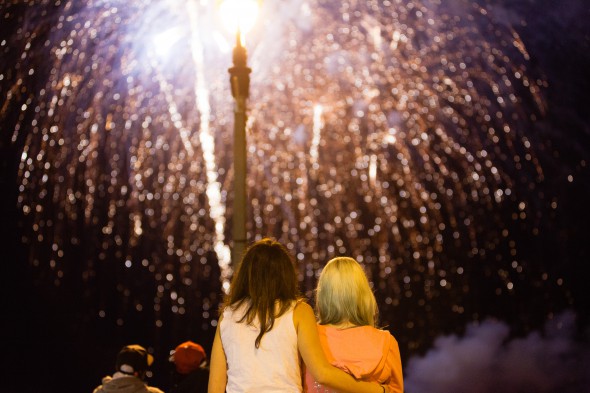 PrideFest Milwaukee is loved by many. It is the largest LGBT festival on permanent festival grounds with over 35,000 attendees. The three-day event offers amazing dancing and entertainment, but its major draw, as I heard over and over from people, is that the festival offer the best way to run into your friends, have fun and people watch.

UWM has numerous LGBT offerings, from its wildly popular annual Drag Show, often sited as the best in town, to the Lavender Graduation and its Lesbian, Gay, Bisexual, and Transgender Studies Certificate Program. In fact, many don’t realize UW–Milwaukee is one of the nation’s top campuses for LGBT students and is also ranked as a 5-star campus on the LGBT-friendly Campus Climate Index. They have earned one of the highest score attainable because they’ve made a safe and welcoming campus for LGBT students and their allies. 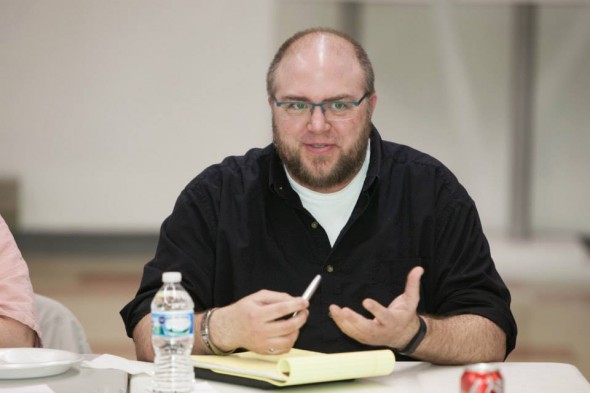 FORGE is a national non-profit located here in Milwaukee since 1994 and aimed at improving the lives of transgender and SOFFA (Significant others, family, friends, and allies of transgender  individuals) folks. Its executive director, michael munson (who spells his name with lower-case letters), says: “Transgender and gender non-binary people often find traditional social and connection options difficult or uncomfortable.  People who attend FORGE events (monthly meetings and other trans-community-focused special events) connect with others who may share common interests, similar histories, and can unite around engaging topics at meetings.” FORGE just hosted a Black Trans Panel (with a trans-masculine perspective). Check out www.forge-forward.org for their meeting schedule locally. FORGE provides training nationwide too.

Palicki hears people in the LGBT community complain that they don’t get invited to events. He urges, “You have to be the person to organize it. You have to be willing to build relationships and develop things. Take initiative.”

There’s also criticism of the LGBT community involving issues of race and class. Some LGBT events have high-ticket prices and seem exclusive to wealthy and often white gay males. This isn’t surprising considering Milwaukee’s segregation issues as a whole. I also heard there are not enough spaces and activities where diverse races meet up together. One, mixed race, professional couple in their 30’s, who didn’t want to be named for fear of retribution at their jobs, told me this: “In our opinion, Milwaukee’s ‘white’ LGBTQ+ community is very exclusionary, when it comes to effectively creating opportunities and spaces for LGBTQ+ non-white individuals.  We believe that mainstream racism and racial separatism permeates into Milwaukee’s LGBTQ+ community.” 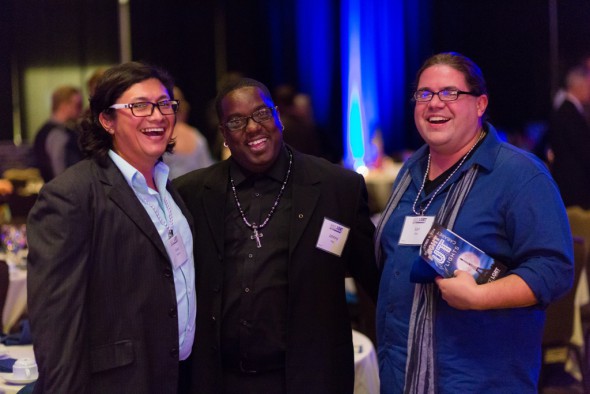 Only a few of the high-ticket fundraisers were mentioned as places to meet other LGBT folks. Most of the places recommended were free or low-cost events, often sponsored by clubs whose committees place social justice as a key part of their mission. High end events like the Challenge Party (aimed only at raising money for LGBT organizations), the Milwaukee LGBT Community Center’s Big Night Out (the largest LGBT fundraising event in the state) or Make a Promise for ARCW are seen by some as pricey, but others I interviewed said they save to attend all year because they mean so much to them and are so much fun.

Some say Milwaukee still has too many events that serve alcohol offered to the LGBT population considering the higher rates of abuse. Others I interviewed feel those events wouldn’t be as popular if alcohol wasn’t offered. That disagreement itself shows how the community is changing.

Coming Next: 20 Members of the LGBT community pick their favorite places to socialize. 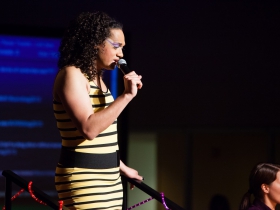 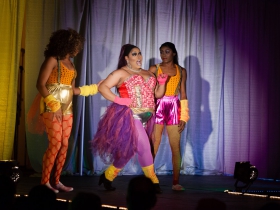 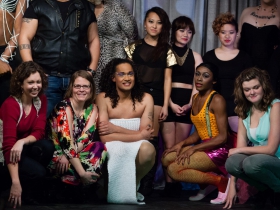 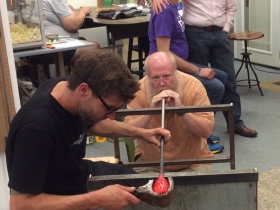 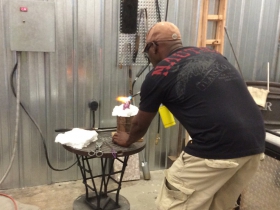 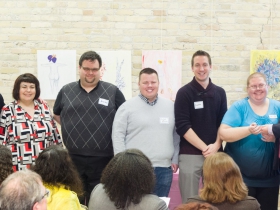 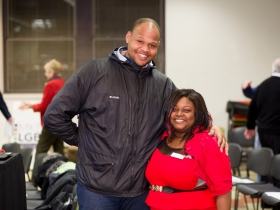 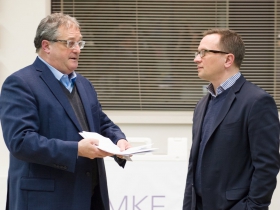 5 thoughts on “LGBT Life: Where Do LGBT People Meet?”