Thousands left stranded and struggling to find other means of transit.

By Devi Shastri and Edgar Mendez, Milwaukee Neighborhood News Service - Jul 3rd, 2015 10:36 am
Get a daily rundown of the top stories on Urban Milwaukee 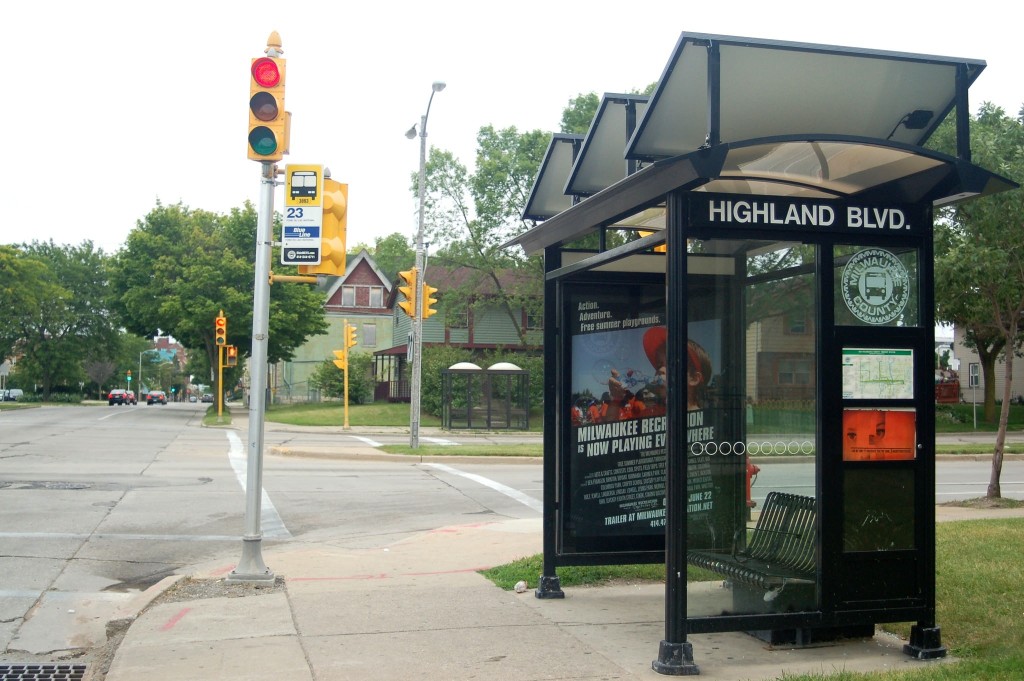 The streets of Milwaukee were eerily quiet at the start of the bus drivers’ 72-hour strike, which began at 3 a.m. Wednesday. Although many cars zipped past, the normal thunder of passing buses was replaced by silence.

“Every time I hear that …I think it’s the bus,” Muskego Way resident Mary Johnson said as a truck roared by the laundromat where she works.

Johnson, 55, is one of thousands of daily bus riders who lost their primary mode of transportation due to the work stoppage called by Amalgamated Transit Union Local 998 following days of unsuccessful negotiations with the Milwaukee County Transit System.

Tensions are running high for both ATU and MCTS. The union rejected a new 4-year contract Tuesday after hours of negotiations. ATU said the main issue is the addition of part-time workers.

“There is no way in the world this union or anyone should expect us to bring close to 300 part-timers in (who have) no benefits and (are not) paying into the pension,” ATU local 998 president James Macon said at a press conference.

A press release from the transit system also expressed frustration, noting that “despite numerous recent statements from union leaders that their contract dispute was not over money, the union came to the bargaining table today to ask for $8 million in increased wages.”

MCTS riders just want the buses running again. In its press release, the Milwaukee Transit Riders Union called the situation a crisis and urged the parties to reach an agreement. It also called for long-term solutions, such as the creation of “transit hubs” where riders can seek shelter and drivers could use the bathroom.

Christopher Wallace, 23, stood on a street corner in Metcalfe Park Wednesday after losing his job at JCPenney. He said his boss fired him when he said he was unable to get to work. Wallace planned on walking more than five miles to personally ask for his job back. Still, he sided with the bus drivers.

“(MCTS) just gotta stop being petty and give (the bus drivers) their money,” Wallace said. “They risk their life everyday driving that city bus. They get beat up … (riders) got guns and stuff on the bus. Man, it’s just sad.”

Not surprisingly, social media was abuzz with public transit users voicing their frustrations about the strike and offering help.

On the Facebook group page “Milwaukee Southsiderz,” which has more than 16,000 members, posts expressed frustration over not knowing how to get to work, inquiries about where to find a laundromat within walking distance, and offers of rides for pay.

Though some were seeking to capitalize on the sudden lack of transportation, others offered rides for as little as gas money or even $5.

Rosalinda Sanchez of South Milwaukee took it one step further. Her daily commute to work takes her through Milwaukee and she offered a ride free of charge for those willing to leave from her starting point at 6:30 a.m.

Though no one took her up on her offer, she was happy to have provided an alternative to those seeking to make a quick dollar.

Besides, she said, “I know what it’s like to have to depend on public transportation.”

Anthony Figueroa, one of the administrators for the Southsiderz page, said turning to social media in times of need is a reflection of the fact that many have nowhere else to turn.

On the South Side, Johnson was waiting for her boyfriend to walk over and pick her up from work. She said she was worried about his health, and hoped that he had found a ride to his appointment at the hospital. She rubbed her aching knees as she waited. Johnson said that the bus drivers were asking too much and that the poor were suffering most.

“The poor people are the ones that take the buses,” Johnson said. “It’s ridiculous, all the money they make … they must make at least four times what I make. Wow, that’s crazy.”

Johnson said the strike would probably keep her from going to her therapy session for her knees and force her to buy groceries at a more expensive store nearby. Services such as Uber and Lyft were out of the question, she said.

“Who can afford that? That’s like a fourth of my paycheck.”