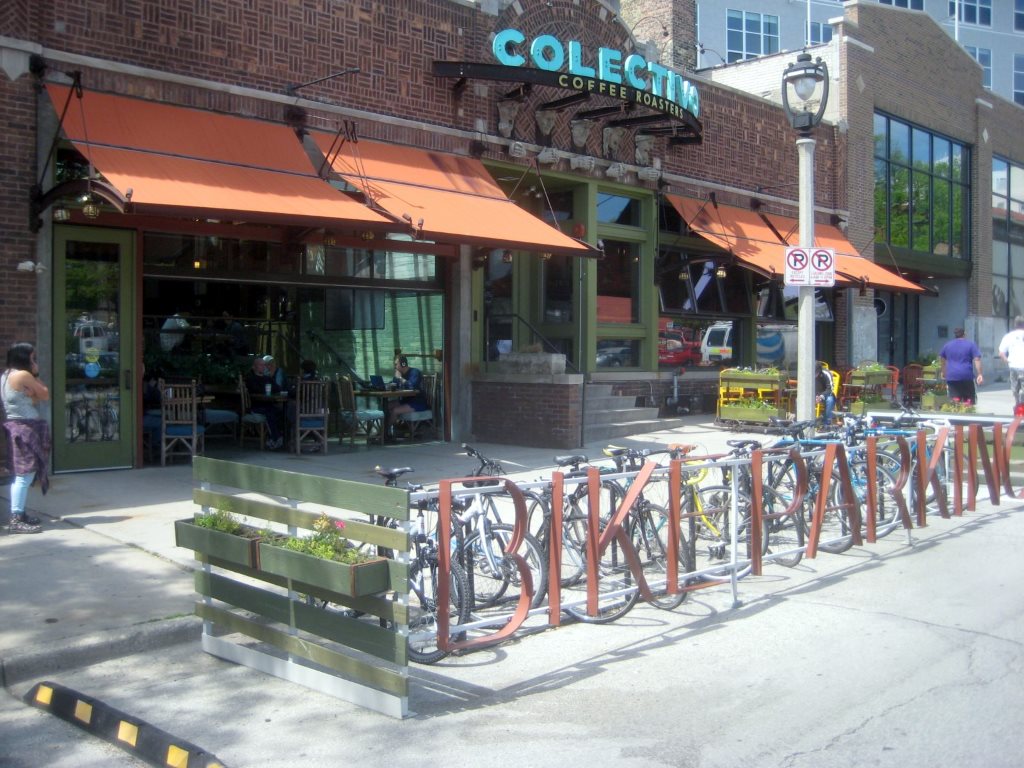 This entertainment crazed city is bursting with new venues for live performances, including coffeehouses and even a radio station.

WYMS, 88.9 FM, “Radio Milwaukee” included a performance space in the building it bought in Walker’s Point at 220 E. Pittsburgh St.. This Thursday, its long-running 414 Music Live Series welcomes the public to a performance by the Midnight Reruns.

Yet this will be the first event of the dozens held at Radio Milwaukee since its space opened over a year ago to operate with a required Public Entertainment License.

The Common Council on Tuesday approved a “Public Entertainment Premises License Application for Instrumental Musicians, Bands, Disc Jockey, Poetry Readings, Patron Contests, Patrons Dancing, Karaoke, Motion Pictures, and 12 Concerts for ‘Stone Creek Coffee’ at 158 S Barclay St.” Stone Creek, which is a tenant of the radio station, has an extension of premises license permitting sale of alcohol in the radio station performance space, but it had failed to earlier secure the needed permission to hold public entertainment events in the space.

Giri Corporation, the corporate name for Stone Creek, applied for the license on May 20th after Sgt. Chad Raden of the Milwaukee Police Department‘s License Investigation Unit made inquiries into the status of the location’s permits.

Although the Thursday performance at Radio Milwaukee / Stone Creek has been saved by the bell by the Council’s vote Tuesday, the same might not be said for a highly anticipated concert at Colectivo Coffee on Prospect.

No license application has been found for Colectivo Coffee’s old production space at 2221 N. Prospect Ave. That portion of the popular coffeeshop has been turned into a live music venue called the Back Room, and has featured a monthly Gospel Brunch performance and other local live entertainments.

On Sunday, June 14th, the Back Room expects to host its first national act, when Olivia Chaney is scheduled to perform at “Live from Colectivo Coffee.”

“Whether she’s singing old songs or her own, Olivia Chaney destabilizes them,” according to the Colectivo publicity for the performance. 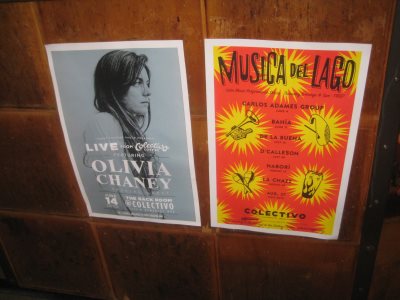 Olivia Chaney is scheduled to perform at “Live from Colectivo Coffee.” Photo by Michael Horne.

Unfortunately, Chaney’s performance at Colectivo could be destabilized itself, due to the lack of a Public Entertanment License for the location, or the absence of a Temporary Public Entertainment Permit. At this location Colectivo does not sell alcoholic beverages, so no liquor license would be required.

But an entertainment license would be required for the performance, according to Adam Stephens, the City Attorney who handles license issues. There are very few exceptions to the license requirement, he says, other than some on religious grounds, but alas, it doesn’t appear that the Gospel Brunch or Olivia Chaney’s destabilizations would be among them.

The Public Entertainment License is a broad category that includes “dancing by patrons … holding of certain shows and exhibitions,” and even encompasses “Carnival Sites” and “Bowling Alleys.” Permanent licenses require a business plan, a floorplan for the proposed entertainment space and other provisions.

The permit fees for the license are based on the capacity of the location. The capacity is determined by a formula that takes into account square footage of floor space, number of restrooms and number of exits. Public health, safety, sanitation and fire prevention all factor into the public entertainment license equation.

Any such license application must be heard before the Licenses Committee and then the Common Council before it is granted. Furthermore, the License Division of the City Clerk requires time to process the application and make the necessary calculations as to capacity. None of this has been done for the Colectivo Prospect location.

According to Jonathan Koberstein, a License Specialist III with the License Division of the City Clerk, when asked if a temporary regular entertainment premises designation had been granted to Colectivo Back room, “Neither license [regular or temporary] is present at this location.”

The next meeting of the Licenses Committee is June 9th, and there is no way Colectivo could make it on the agenda for that meeting due to public notification and other requirements.

The next meeting of the Common Council will not be until June 23rd.

But there is hope for the June 14th performance. Colectivo must apply for a temporary permit for up to 12 events per year. This requires payment of a fee and a late charge in this instance. The decision to grant is made by the alderman, the district is represented by Nik Kovac, and his word is final.

As for Colectivo, the company did not reply to this reporter’s e-mail or a telephone message asking to discuss this issue, but staff did acknowledge receiving the e-mail. Should we hear from the company, we’ll provide an update.

One thought on “Plenty of Horne: The City’s Illegal Entertainers”