"What I love about Milwaukee is that it measures up to the global market." 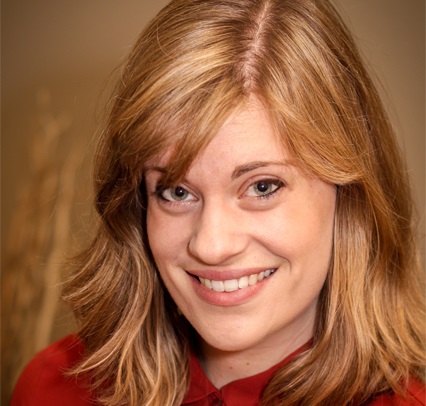 I work at Discovery World, a Science and Technology Center on Milwaukee’s Lakefront. As the Teacher Representative I wear many hats, but they all involve outreach to schools and field trips. My favorite side-project outside of that umbrella is our Master Brewer and Goddess Brewing program, in which I get to help brew beer for the public on a 1 BBL and 10 gal 3-tier brewery systems. I also moonlight as a Geeks Who Drink pub quiz host at The Wicked Hop on Tuesdays at 7:30.

I’m very lucky to have traveled near and far from Dublin to Fiji and from Bangkok to Cozumel. What I love about Milwaukee is that it measures up to the global market. It’s a small big city with its tie to the Great Lakes, tourist attractions (Discovery World!), and historical importance (we’re not called brewcity for nothing). But it’s a big small city too, with great homegrown traditions like Friday Fish Fry, chasers with your bloody, bar dice, St. Paddy’s Parade, a growing music scene, and real city pride. What I learned by leaving is that Americans are known for our patriotism, and I see that in how Milwaukeeans love their city.

Favorite place to grab coffee or an after dinner drink?

I’m a huge Alton Brown fan, and when he was in Milwaukee on his Inevitable Edible Tour, I followed him through social media to all of the locations at which he feasted—even ran into him at Valentine Coffee Roasters! While following in his footsteps, I discovered Cranky Al’s Donuts (get there early!) and Bryant’s Cocktail Lounge—where they don’t have a menu, they just ask you want kind of ingredients you feel like that night then create a drink just for you!

I’m going to have to shout out a few lesser known places at Discovery World. Have you ever made anything at the Kohl’s Design It! Lab? It’s an industrial design workshop that hosts public product creation on the weekends! I’ve made an animal silhouette clock that hangs in my kitchen, a terrarium made out of a cement cast of my hand, and a beautiful laser-cut cardboard vase to display dried flowers. It’s open every weekend and always has a range of projects available! Then there’s the Bill Brady Intelligent Products Lab or the MillerCoors THIRST Lab. They’ll host product making events throughout the year where you can either screen-print your own goofy Valentine’s Day Card or have a hand in creating a summer soda or fall-spice-flavored lip balm.

What is your favorite Milwaukee beer?

Living in the epicenter of brewcity has taken my passing interest in beer to a full-on passion. In addition to Master Brewer and Goddess Brewing at Discovery World, I’m a home-brewer, a member of Girls Pint Out MKE, and am studying for my first-level Cicerone certification. Currently, there is a book called Yeast sitting on my coffee table. And recently, I was really proud to see a whole three page entry in The Oxford Companion to Beer devoted entirely to Milwaukee!

My favorite brewing company is 3 Sheeps Brewing and my favorite of their beers is the winter seasonal, a ginger chocolate stout called Ewephoria that actually makes me look forward to the cold months. 3 Sheeps Brewing teams up with Colectivo to brew Colectivo’s Keg Co. that can be found at their Madison, Third Ward, and Wauwatosa locations. It’s one of my favorite new ways to drink beer—at a coffee shop!  My favorite of Colectivo Keg Co’s offerings is the Cascara Farmhouse Ale that gets fermentable sugars from the cherries in which you find coffee beans. They’re now offering growlers!