Rick Hynson is not a fan of themed concerts. He believes they are overdone, arbitrary, nothing more than a forced combination of songs that “doesn’t really work.”

But the music director of Bel Canto Chorus could not be more excited about his group’s upcoming performance, “Modern American Choral Masters,” a themed concert celebrating the diversity and depth of contemporary composers.

The set list includes works from an eclectic group of musicians who may otherwise not be paired together. Some are familiar to the popular music scene, like “And So It Goes” by Billy Joel, “Don’t Get Around Much Anymore” by jazz great Duke Ellington and Ben E. King’s “Stand By Me.”

Others come courtesy of contemporary classical composers. Eric Whitacre was one of the first musicians Hynson wanted to feature. His take on choral music breaks barriers between genres and combines a traditional atmospheric sound with other styles, Hynson says. Bel Canto will sing “Cloudburst” and “Leonardo Dreams of His Flying Machine,” the latter from the album Light and Gold, which won the 2012 Grammy for Best Choral Performance. Another featured composer, Jake Runestad, similarly brings fresh ideas to the classic genre. His piece “Fear Not, Dear Friend” is contemplative and somber, while the energetic “Nyon, Nyon” is sung completely with made-up words or sounds, not unlike scat singing.

A themed concert gives Hynson the leeway to cover such a wide span of genres and styles, echoing the changing musical tastes of American audiences. “The audiences of today are omnivores when it comes to music,” Hynson says. “They listen to everything, and so why limit the programming to just one genre when people want to listen to a bunch of stuff?”

In showcasing this variety, Hynson hopes to highlight the unifying thread that transcends all musical genres and gives them meaning: human emotion. The song most equipped to captures this sentiment is Bel Canto’s rendition of Pharell Williams’ iconic song “Happy.” Hynson chose the song because of how it became so popular so quickly world-wide. He calls its carefree message the musical equivalent of the mantra, “Dance like nobody’s watching.” The song’s music video, 24 hours of spontaneous dancing clips, is the epitome of that, and Bel Canto even made its own—much shorter—version. In true Pharell fashion, the singers will wear hats during the number, and the audience may be invited to dance.

“Happy is a word we English-speakers use a lot, but what we’re really talking about is joy,” Hynson says, “that feeling that’s so powerful that we have to move somehow. We have to express it. We can’t just sit still.”

While singing 20th and 21st century works is not new for Bel Canto, the musicians generally sing drawn-out pieces that gradually build up to an emotional climax; “St. Matthew’s Passion,” for example, was almost three hours long. Most of this program’s songs last between three and six minutes. “The intensity of the emotional compression, the sense of development happens a lot faster, so people are engaged right away with the central meaning of the piece,” Hynson says.

Still, the director compares the different repertoire to a new pair of shoes. It may be an unfamiliar style, but it fits the group well so the singers can perform comfortably and naturally—quite like, well, an old pair of shoes.

The Milwaukee Symphony Orchestra is ending its classics season with two weekends devoted to the classic composer himself: Beethoven. This weekend’s concert celebrates his Eighth Symphony, the cheerful work he called “my little symphony in F.” conducted by Daniel Cohen. The program also includes selections from Beethoven’s The Creatures of Prometheus and violinist Kristin Lee performing Vivian Fung’s Violin Concerto. Lee is the protégé to Grammy Award-winning violinist Itzhak Perlman. Daniel Cohen will be guest conductor for the concert.

Beethoven’s iconic Fifth Symphony will officially close the season the following weekend. Edwin Outwater conducts. The program also includes “So Far So Good” by contemporary classical composer Nico Muhly. At just 33-years-old, he has performed with and written for groups around the globe such as the BBC Scottish Symphony Orchestra.

Entertainer Cheyenne Jackson brings out his inner Don Draper in his touring show, “Music of the Mad Men Era,” which comes to Brookfield this weekend. He will perform favorite songs from the 50s and 60s like “Feeling Good,” “Luck Be a Lady” and “Sway,” among others. The singer-songwriter sings to impress with his 4 ½ octave range. He has a history on camera and on stage, appearing in TV’s “Glee” and “30 Rock,” and Broadway’s All Shook Up and Altar Boyz.

With warm weather finally coming (we think) to Milwaukee, it is only appropriate that Concord Chamber Orchestra end its culinary-themed season with a “Spring Picnic.” The concert features “Afternoon of a Faun” by Debussy, “Appalachian Spring Suite” by Aaron Copland and more. The musicians are joined by Jerry Loughney on violin and Jennifer Snyder Kozoroz on viola. The night includes a silent auction and a complimentary reception. 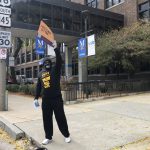 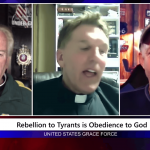 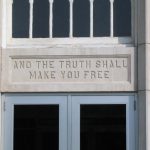 Op Ed: A Plea to State Republicans by Angela Lang and Matt Rothschild 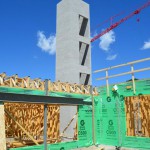