Florentine a Leader in New Operas

Elmer Gantry is just the latest success for the increasingly adventurous company.

Under its director William Florescu, Milwaukee’s Florentine Opera has become a leader in performing and recording new operas. That would be surprising for any regional opera house, but is all the more so for the Florentine, which for most of its 82-year-history performed classic operas, with a heavy emphasis on Italian composers.

But under Florescu, who took over the company in 2005, that soon began to change. In 2009, the Florentine presented the Midwest premiere of Robert Aldridge and Herschel Garfein’s Elmer Gantry (its premiere was as the Nashville Opera just two years earlier). Perhaps more important, the production was also recorded on a CD released in 2012, which has helped introduce the opera to the world, while winning two Grammy Awards. Opera News critic Joshua Rosenblum greeted the recording with great praise for the opera’s richly varied score, suggesting it was “boldly ambitious,” and also for the performance: “The Florentine Opera Chorus and Milwaukee Symphony Orchestra perform exuberantly under conductor William Boggs, who seems perfectly comfortable with the disparate idioms.”

In 2010 the Florentine presented the world premiere of Don Davis’ Spanish language Rio de Sangre, which also was recorded (in 2013), again helping build a new opera’s reputation, and again winning two Grammys. Rosenblum was less effusive but still positive about this new opera while once again saluting the Milwaukee performance: “The Florentine Opera Chorus and Milwaukee Symphony Orchestra perform magnificently under the obviously skilled Joseph Rescigno.”

This past weekend the Florentine revived Elmer Gantry, both because it’s a wonderful work and because it will help cement the work’s reputation (as well as its connection with Milwaukee). As the production’s director Frank Kelley told the Dial, the premiere certainly presents challenges; “But getting it to go on and have a life after that world premiere is very difficult.” And the Florentine’s well-sung and staged production helps again prove the work’s potential to become known as a great American opera.

Next season, word has it, the Florentine will again try something adventurous, producing a recent opera by an American composer who is winning increasing acclaim. The details will be released next week.

In the meantime, if you missed Gantry, you can listen to excerpts from the recording here and our photo gallery below offers images from last weekend’s production. 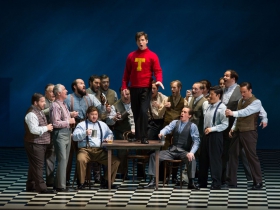 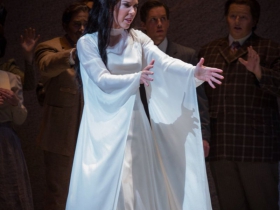 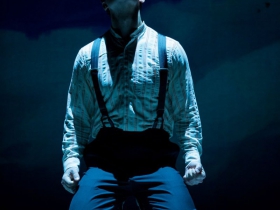 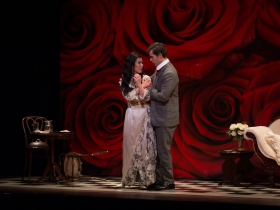 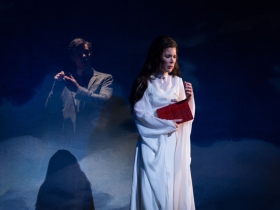 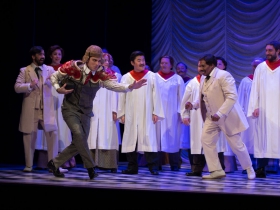 0 thoughts on “Classical: Florentine a Leader in New Operas”