By Bill Lueders, Wisconsin Center for Investigative Journalism - Mar 4th, 2015 09:17 am
Get a daily rundown of the top stories on Urban Milwaukee 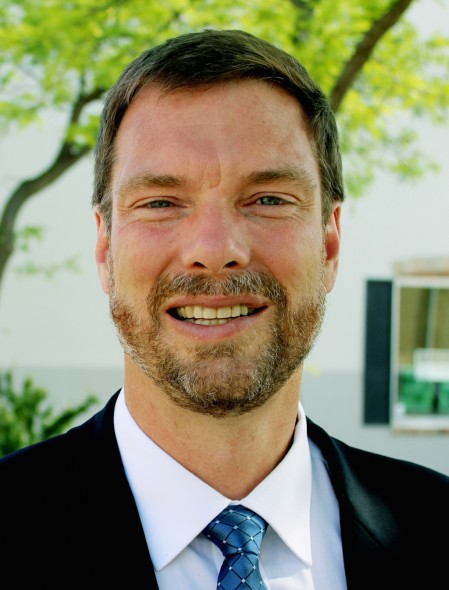 Dan Robinson is not claiming that a false statement made about him in a mailing to voters last fall cost him the election. But still, he thinks it was possibly a crime.

“This is why people lose faith in politicians and our system of government,” he says.

All of these mailings contained statements Robinson considers obnoxious and unfair, like suggesting he favors sexual predators over kids. But the one flier he is most incensed about made a claim that is demonstrably false: “While Dan Robinson was hiking up your tax bill, he was giving himself and other politicians a raise.”

In fact, Robinson’s January 2013 vote as a member of the De Pere Common Council to raise salaries by 2 percent did not and could not benefit himself. Two weeks earlier he had filed a notification of non-candidacy for reelection. The modest pay hike goes into effect May 2015.

“You can’t outright lie to throw an election,” says Robinson, a longtime administrator at St. Norbert College. “If you do, there needs to be a penalty.” There is: State statute 12.05 provides for up to a $1,000 fine and six months in jail for those who “knowingly make or publish” a false representation about a candidate to sway an election.

This law is occasionally enforced, as in a 2008 case against Republican Assembly candidate Dan Knodl for listing people who had not endorsed him as supporters. Knodl, who remains in office, said this was a mistake owing to carelessness. He pleaded no contest to a reduced charge of non-criminal disorderly conduct and paid a $250 fine.

In other cases, people making false political claims have faced criminal defamation charges. In a 2001 case, two people received short jail sentences for anonymous mailings that accused a village president, among other things, of involvement in lynchings. But a 2012 article in the Wisconsin Lawyer by University of Wisconsin-Milwaukee journalism professor David Pritchard argued that these and other claims were so outlandish they likely deserved protection as parody.

To run afoul of the law, it seems, a statement made during a political campaign must be both apparently credible and knowingly untrue.

Robinson thinks the Jobs First Coalition mailing may meet this standard. He has asked Brown County District Attorney David Lasee to look into possible criminal charges. Lasee says he has not decided whether to pursue the case.

Bob Reddin, executive director of the Jobs First Coalition, says he first learned of the concern regarding Robinson’s vote when contacted for comment on this column. He agrees his group’s representation was inaccurate and should not have been made but avails himself of the parachute in the law, calling it an “inadvertent error.”

Robinson says Reddin’s explanation “doesn’t prove anything one way or the other” and still wants an investigation. “The person in charge of the group should have known whether or not I voted myself a raise,” he says. “If they’re going to engage in political discourse, they need to do their homework. The public deserves that.”

Candidate Macco proved it was possible to rip Robinson’s acts without misstating facts in a mailing that said his rival “voted to give pay raises to politicians” — not himself but politicians, that loathsome bunch. Macco did not respond to an invitation to comment on the Jobs First Coalition mailing.

Interestingly, Reddin is himself an elected official, a member of the Brookfield Common Council. In January 2008 he was among a council minority who voted for a failed attempt to raise alderpersons’ pay — which would have benefited himself. Reddin now calls this vote “short-sighted,” saying his position on the issue has evolved.