The Rise of Twin Brother

The Milwaukee band, which opens tonight for Current Swell at Turner Hall, learned a lot from an East Coast tour.

Sean Raasch, lead singer/guitarist in the local band Twin Brother, is saddled up at Frank’s Power Plant bar sipping a bottle of High Life. The 31-year-old is days away from his first Turner Hall Ballroom show. Raasch is calm, composed and quick to crack a joke. He says he’s looking forward to the experience, but also prepared for the worst:

“The nightmare is that we take the stage and there’s four people in that big room. It’s a Monday. It’s February and it’s going to be cold. Folks aren’t very familiar with the headliner (Canadian band Current Swell). All the ingredients are there for the nightmare to come true.”

Throughout his decade long career making music in Milwaukee Raasch has seen his share of “soul-sucking” near-empty rooms. But he’s also played to packed crowds at home and on the road. Twin Brother’s latest album, Swallow the Anchor, is a hauntingly beautiful piece of folk-rock. Raasch’s stellar songwriting is matched with delicately heavy sounds, which build, pulse and leave their mark on the listener. Yet while the record won praise from local media and peers, it didn’t get the official release Raasch and company were promised.

“This album was supposed to be on a label. The guy promised us vinyls, but as time marched on and we were closer to being done with the record he said, “You know, I can’t afford it. I’ll still put it out digitally though.” It was a bummer, but that kind of stuff happens a lot to musicians, something great is coming along then it fizzles out. You learn to keep your expectations and emotional investment in check because that stuff is bound to happen.”

Swallow the Anchor is available digitally, but Raasch is considering pressing a small number of vinyls himself. After all, it’s his best work to date and the culmination of a decade doing music. Raasch taught himself guitar and started playing with his cousin in high school. They were doing mostly classic rock covers, heavily inspired by The Doors and Led Zeppelin. Tom Petty was another favorite and the first act he saw live.

“I got kicked out of that first Tom Petty concert. I was probably 18 or 19, got kicked out for being drunk, but I jumped the fence and snuck back in. And that’s why I don’t go to Summerfest anymore, because everyone there is kind of living that story to some extent.”

Before Raasch gave up on the Big Gig he played it once with Twin Brother and a few other times with Jackraasch, the forerunner to Twin Brother, which was just Raasch and drummer Tyler Nelson.

“We were an angsty, sloppy, rockin’ two piece. Lots of power chords and upbeat songs, shout singing. Drinking way too much before shows. Not really taking it too seriously. There was one show where I ate mushrooms and then went onstage. I still hear about that from Tyler. He gives me shit for it. It was awful. He remembers the sound guy saying, “Okay, you guys are alright,” and me going to the amp and just jacking it up. Crazy times.”

“I didn’t really take the time to learn how to be better until the later years of Jackraasch. Then it just kind of hit a high point when Lodi (Lodewijk Broekhuizen) came into the picture. He’s a really talented guy who’s had a huge hand in why we’re way better than we were. There’s a lot more dynamics involved, a lot of growing as a songwriter and a musician. Twin Brother is a new identity more than anything. I think people knew what to expect when they saw Jackraasch, and that just wasn’t us anymore.”

Raasch met Lodi at Club Garibaldi, where Lodi was working as the sound guy. (Raasch is now the booker for Garibaldi.) Lodi also books time and engineers at a recording studio in the basement of the ladybug building on Water Street, where both of the Twin Brother albums were recorded. Raasch believes their familiarity with the space allowed for more creativity on the new album, which features a number of guest instruments.

“It all kind of came as we were building the album in the studio. On the track “Way to Be” I always heard horns in my head when I played it, and I had the unique opportunity to really put that down because Lodi knew John Simons who plays the trombone. That was definitely a highlight of the album for me.”

After putting out the record in August 2014, Twin Brother hit the road for about a dozen dates on the East Coast. Each night was a different story, but none was worse than their Philadelphia gig.

“When we got to the bar it had just been robbed. The bartender went to use the bathroom and a customer put down his burger, ran behind the counter and stole all the money. The bartender was so pissed. He said, “I know his grandma. I can’t believe he did that!” So I had a feeling that wasn’t going to go well. Later a hard-ass biker guy came into the one person, unlocked bathroom when I was peeing and started doing cocaine snooters right in front of me.”

That was the bad. And the best?

“My favorite one had to be Pianos in Manhattan. It was my first time in New York so it was just really special. There were so many people walking around. It felt small but at the same time it felt really good. It was a fun crowd. The buzz and the energy was just fantastic. The most well attended show was in Boston, at a place called TT the Bear’s in Cambridge. We had one of those sound guys who didn’t really give a shit. He just put mics on stuff and walked away. But the crowd was with us. We sold a lot of merch on that tour, which kept gas in the tank.”

When we spoke about the new album, I told Raasch that it sounded like a blend of local bands Field Report, Altos and Hello Death.

“It’s interesting you mention that because those bands have had a heavy influence on me. If you map the transition when the music started changing for the better, other than Lodi coming into the picture, the next thing was my girlfriend Amelinda Burich (multi-instrumentalist in Altos) who introduced me to Altos and Field Report, and a lot of other people like Nathaniel Rateliff. It was a whole new world of music that I didn’t know existed. Subconsciously that really did play a role. Chris Porterfield (of Field Report) and Nathaniel Heuer from Hello Death both gave me really good notes on the album while we were in the mixing process.”

From doing an all-Oasis set back in high school with his cousin to getting the opportunity to play Turner Hall Ballroom with Twin Brother, Raasch’s journey has made him nothing if not grateful.

“The band is the most important thing in my life. Even if this is as far as it goes, it’ll always be who I am. I feel like I have no choice in the matter, whether or not to be a musician. Whatever happens at Turner, it’s going to be cool. I hear there’s a shower backstage.”

Twin Brother plays Turner Hall Ballroom tonight in support of Current Swell. Tickets are $10 at the door and at http://pabsttheater.org/. Doors open at 7pm. 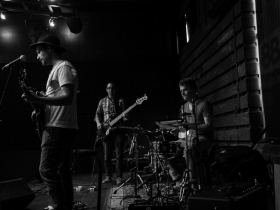 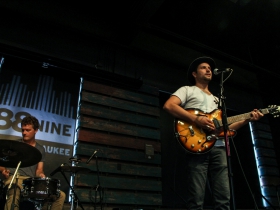 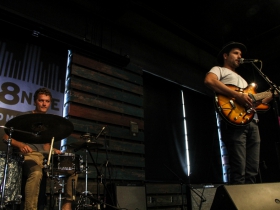 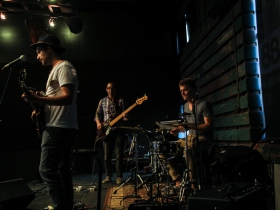 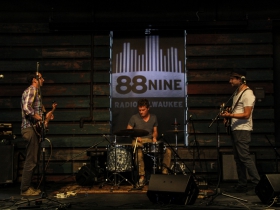 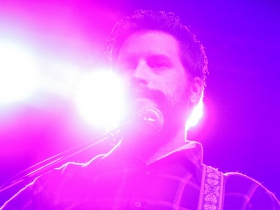 0 thoughts on “Music: The Rise of Twin Brother”