Could Milwaukee Have a Measles Outbreak?

Rate of vaccination here is increasing but still not high enough to assure no outbreak occurs.

By Edgar Mendez, Milwaukee Neighborhood News Service - Feb 22nd, 2015 10:45 am
Get a daily rundown of the top stories on Urban Milwaukee 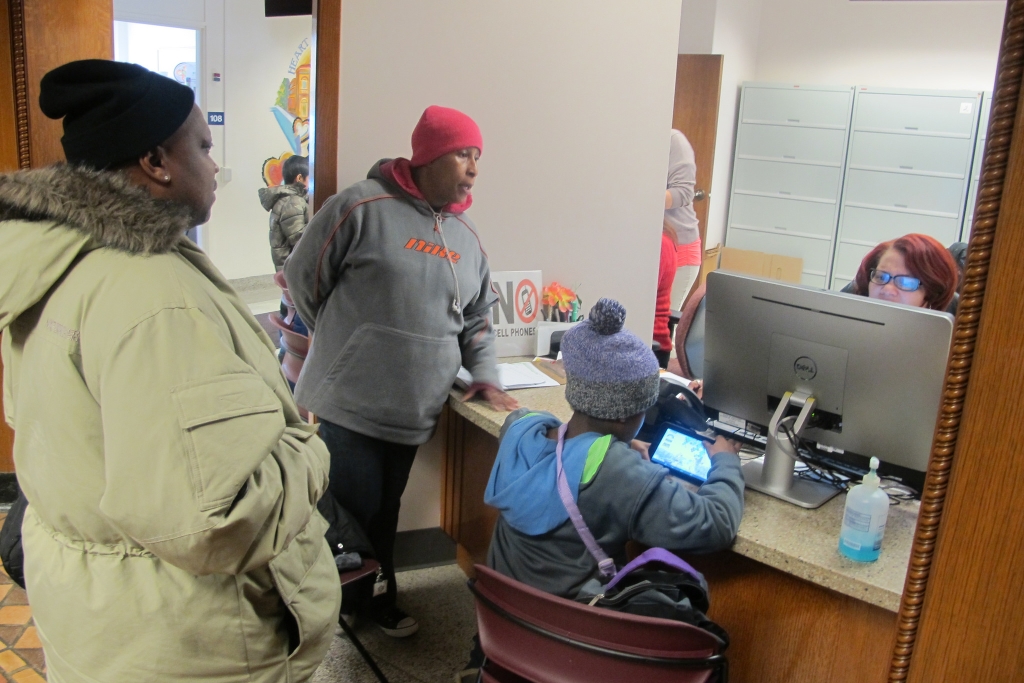 “We’re here to get our daughter immunized,” Harris said.

Alarmed by news of a national measles outbreak— 14 cases have been confirmed in Illinois — that has health officials around the country on high alert, Harris and Clay were worried when their daughter Jemiah showed up with a letter from school alerting them she was missing two shots, including the MMR vaccine for measles, mumps and rubella. Children typically receive two doses of MMR, first at 12-15 months and then at 4-6 years, according to MHD.

In Milwaukee, 89 percent of K-12th grade students have their required vaccinations, an all-time high, and 3 percentage points higher than the rate in 2013, according to Paul Biedrzycki, director of disease control and environmental health for MHD. The compliance rate at Milwaukee Public Schools is 90 percent, according to Tony Tagliavia, spokesman for the district.

That rate is not high enough to protect Milwaukee residents from an outbreak of a disease such as the measles, warned Biedrzycki. He added that anything less than a 95 percent compliance rate leaves the population vulnerable to an outbreak such as the one that just occurred in Illinois, where the immunization rate for school-age children is higher than Milwaukee’s. In 2014 more than 97 percent of school-age children in Illinois were fully immunized.

The city also lags behind the state rate for immunizations, which is between 92 and 93 percent, said Biedrzycki, who added that pregnant women and children under the age of 12 months are the most vulnerable to become infected with measles, a highly contagious and sometimes deadly viral disease.

“Seeing cases in surrounding states has us taking a proactive approach to protect the community,” Biedrzycki said.

In response to the national outbreak, and also to the fact that the MPS deadline for students to get up to date on their shots was near, the city hosted two free vaccination clinics in February, one on the South Side and another at Keenan. MHD is closely monitoring the measles situation around the nation to determine if additional clinics are needed, said Sarah DeRoo, health communications officer for the city. Typically, two vaccination clinics are held annually at back-to-school fairs.

Approximately 100 people attended each of the February clinics, DeRoo said, though not all needed the measles vaccination.

A small segment of school-age children, between 1-2 percent, opt out of the shot, but are still able to attend local schools with a “personal conviction waiver,” which exempts them for medical, personal or religious reasons. 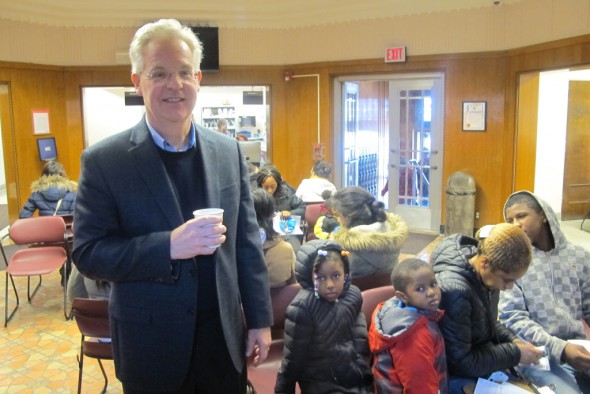 Many of those who choose not to get their children vaccinated view it as a safety issue and consider the shots dangerous, said Biedrzycki.

“About one in a million who receive the vaccine will develop an allergic reaction to it,” he said, adding that not being immunized presents a greater risk for individuals and the community as a whole.

Laurel Woods, a graduate student at Marquette University who practiced as a family physician in the state of Washington for more than 10 years, said that for most people, the memory of how bad measles can be is gone.

According to the federal Centers for Disease Control and Prevention, one-quarter of those who contract measles will be hospitalized; one out of 1,000 will develop brain swelling that can lead to brain damage and one or two of 1,000 will die, even with the best care.

Yvonne Marquez sat in the Keenan Health Center lobby with her daughter, Antonia, and son, Santana, waiting their turn for shots.

“I watch the news so I’ve been hearing about the outbreaks,” said Marquez, adding, ”You never know what the future will bring.”