The House of Holiday Lights

The building with Libby's Lounge on Van Buren St. has long had a wonderful display of lights and the show is still on, even though the bar was sold. 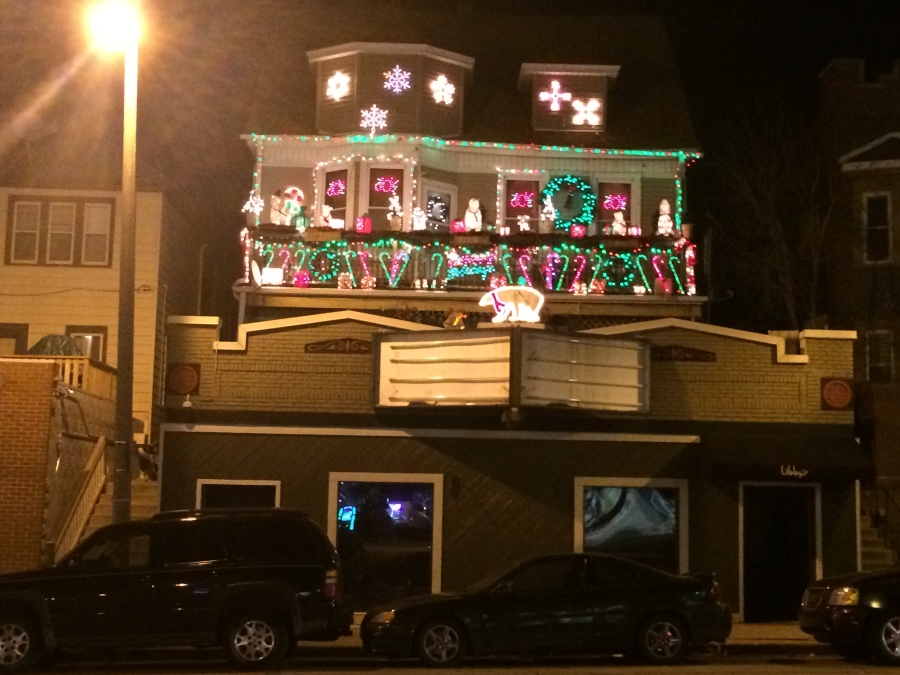 For years this mixed-use building on N. Van Buren St. has been dressed up for the holidays by Dennis and (mostly) Sandy Librizzi, but with the closing of Libby’s Lounge downstairs after over 40 years of operation, there was some concern the tradition would die.

Not to fear, lovers of holiday lights, the decorations are back, as bright and festive as ever, bedecking the entire second floor balcony and porch of the 1901 building.

Garlands, candy canes, stockings and well-dressed white bears are just a few of the elements in place. They are joined by gift-wrapped boxes, a giant wreath, and other wreaths not quite so large.

The whole effect is enchanting, even in the daylight, with the decorations commanding the attention of passersby.

By night, the effect is electric, thanks to who-knows-how-many lights.

It is rare to see a mixed-use building so well decorated. For that matter, few buildings are as well sited as this one for display, with clear vistas from the north and west, particularly. It is a lodestar for traffic heading south on the Holton Viaduct, and a quick surprise for traffic on N. Water St. when it comes into view. And does it ever!

Although the bar he bought from his father Sam Librizzi is gone, Dennis Librizzi still lives in the building that has been his home for decades, and we can thank that for the continuation of this holiday tradition. (As early as 1947 the bar was operated by Joseph Librizzi as the “Blinking Pup Tavern.” They had a way with names in those days.)

The holiday decorations are a more recent innovation of his wife, Sandy Librizzi, who also transformed the rear patio of the building from a barren concrete slab into a lush seasonal retreat .

The only things missing this year are the holiday treatments of the window boxes of the bar. But this year, for the first time, the window boxes themselves are missing, as renovation goes on at the old bar below.

That space is set to become the Van Buren Sport Grill, and work is well-underway, including the installation of floor-to-ceiling windows along the busy street. The bar will also feature outdoor cafe seating on the narrow sidewalk, as does neighboring bar Hybrid on the corner.

The tavern area was added to the old residential building in 1928, when a number of buildings made similar transformations, including Angelo’s Piano Lounge right next door, and quite a number of others on Brady St.. At that time both E. Brady and N. Van Buren streets had streetcars, and the new commercial spaces included fish markets, grocers, and even a “soft drink parlor” in the south half of the first floor of this building, which at that time was divided into two units, with the north one housing a bakery shop.

But all along, the old 1901 structure offered housing for the tavern owner, along with rental property in the building and in a rear cottage that appears to have been constructed the same time as the main building.

The tavern itself occupies only 2,055 square feet of the main building. Upstairs are two apartments, each with 1,312 square feet of living space. The top apartment also has access to a large attic space with windows that have been covered over the years. That space is presumably big enough to store all of the holiday displays in the off-season.

The Librizzis sold the building and the tavern equipment  in May, 2014 to trusts controlled by Michael D. Lee and Michael W. Ross for $500,000.

Lee is the owner of Club Brady, Malone’s on Brady, and of the closed Judge’s Pub on E. North Ave. His recent business model, as seen at Malone’s and now at Libby’s, is to own the real estate and find an operator for the bar.

How Milwaukee Is It? The residence is a mile from City Hall. 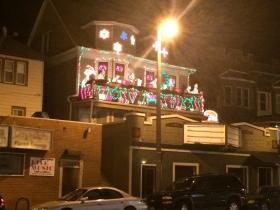 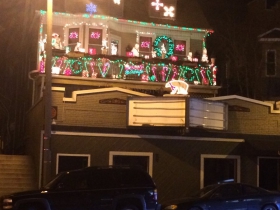 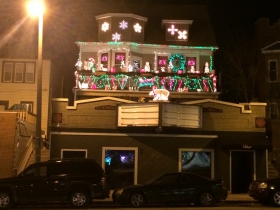 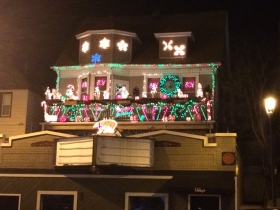 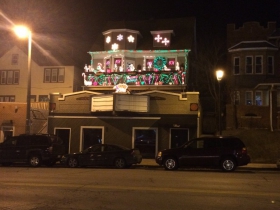 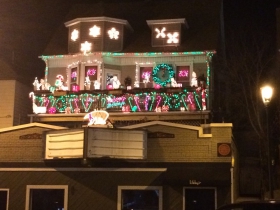 2 thoughts on “House Confidential: The House of Holiday Lights”