The dirt street where the new courthouse was located was mostly residential or empty. That would change quickly. 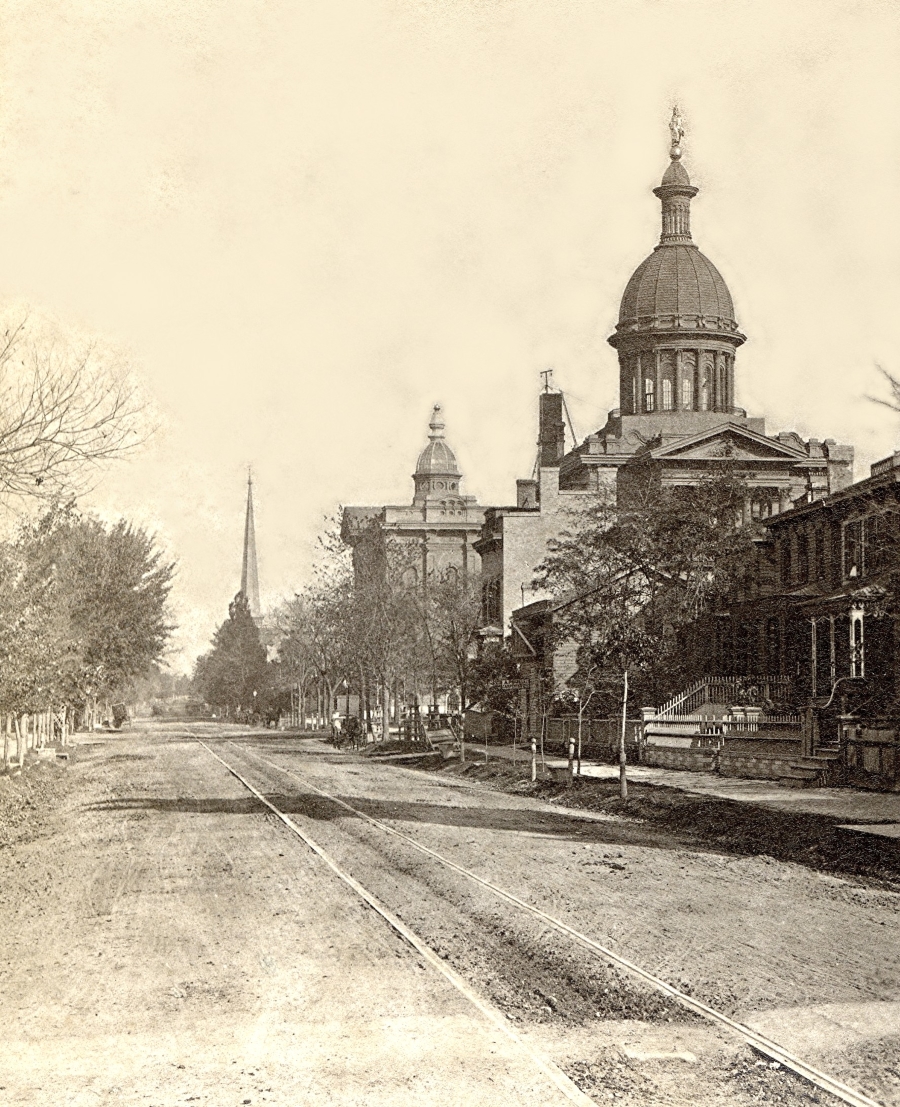 In the early 1870s Milwaukee did not have much of a skyline east of the Milwaukee River. The biggest buildings were concentrated between the river and Milwaukee St. and the tallest were no more than five or six stories. The other blocks were dominated by residences even along the eastern end of Wisconsin Ave. This view (circa 1873) shows the newly completed Milwaukee Courthouse dominating the skyline. This view is looking north and a tad east of Jefferson St. Note the lovely row houses in the foreground probably dating from the 1840s, when Wisconsin was still a territory.

The church in the background is the Union Baptist, built in 1865 at a site that was considered centrally located for congregants living on both sides of the river. The church was later renamed the First Baptist Church and replaced in 1889 by a new edifice built on Marshall St. and Ogden Ave.

As for the houses on this street, they would not last long as this area would steadily become more commercial in the 1880s and 90s. A masonic temple would replace these homes and the original Layton Art Gallery would be constructed to the south of them as the booming city rapidly grew and changed. 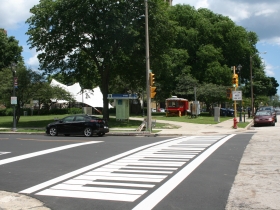 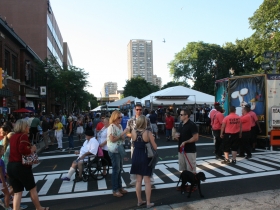 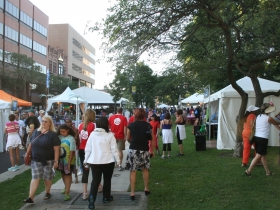