Jefferson County voters also recommended – by a 62 percent-to-38 percent margin – that state government do something Walker and Republican legislators have adamantly refused to do: Accept federal cash to expand the Medicaid program that provides health care for the poor, elderly and disabled.  One in five Wisconsin residents rely on Medicaid for health care.

And voters in St. Croix and Wood counties also called for expanding the Medicaid program with federal tax funds – by margins of 70 percent (Wood County) and 69 percent (St. Croix County).

Two other counties where voters backed Walker, but urged him to change his position: Walker got 50 percent of the vote for governor in both Eau Claire and Kenosha counties. But 60 percent of Eau Claire County voters, and 62 percent of Kenosha County voters, called for an increase in the state’s minimum wage from $7.25 to $10.10.

Walker and Republican legislators have refused to act on Democrats’ calls to raise the minimum wage. Before the election, Walker said the state’s minimum wage doesn’t “serve a purpose.”

Voters in 19 counties passed advisory referendums, which are not binding on elected officials, saying the state should take federal cash and expand Medicaid. Similar referendums on raising the minimum wage were on the ballot in nine counties and four cities (Appleton, Neenah, Menasha and Racine).

Why did so many voters give Walker a second term, but then rebuke him on two important issues? That’s not surprising, says Charles Franklin, the Marquette University Law School professor whose statewide polls followed voters’ opinions before the election.

As he notes, Wisconsin’s political history is filled with contradictions: In 2010, voters replaced liberal Democratic U.S. Sen. Russ Feingold with one of the most conservative senators, Republican Ron Johnson. Then, in 2012, voters elected the first woman lesbian U.S. senator, Tammy Baldwin, who defeated moderate four-term Republican Gov. Tommy Thompson. Before Walker survived the 2012 recall election, up to 10 percent of those polled by Franklin said they supported Walker and Democratic President Barack Obama. Voters elected Thompson governor in 1986 and ‘90, but gave control of the Legislature to Democrats.

“Voters are not as consistent about issues and their vote as many party activists assume,” Franklin said last week. “The bottom line is there are many reasons to support or oppose a candidate, and perfectly consistent voters are rare,” Franklin added. ”For lots of people, issue politics doesn’t always fall into two totally consistent groups of opinions.” 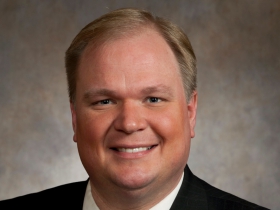 One Democratic leader, Assembly Democratic Caucus Chair Andy Jorgensen, said passage of non-binding referendums to expand Medicaid and raise the minimum wage was encouraging. Jorgensen, of Milton, easily won re-election Nov. 4. Poking through the ashes of Democratic defeats in the race for governor and control of the Legislature, Jorgensen saw hope for the party:

“I’m encouraged by voters’ support of our ideas. Nineteen counties asked folks to weigh in on the use of federal funds to expand BadgerCare and, in every single county, voters overwhelmingly expressed support. Another nine counties and four cities strongly supported raising the minimum wage to $10.10 an hour. If these samples in any way represent Wisconsin as a whole, Democrats can rest easy, knowing we’re where we want to be – on the side of the people.”

But Democrats like Jorgensen have no chance of their priorities becoming law, if voters continue to elect Republicans. Democrats will hold only 50 of the 132 seats in the next Legislature, for example.

And one defeated Democrat, Rep. Mandy Wright, of Wausau, said she would focus more on purely local issues – the future of Wausau-area’s bus service, for example – if she could campaign again.

Republican leaders dismiss outright the local advisory referendums that called for expanding Medicaid coverage and raising the minimum wage. “The advisory referendum was a tactic pushed by the Democratic Party to try to engage the electorate,” said Assembly Speaker Robin Vos. “As with many referenda, it was worded in a way to produce the desired results.”

2 thoughts on “The State of Politics: Swing Voters Leave Hope for Democrats”