Angie Opsahl, who moved to the city from Waukesha, mentored Willie Hines and other urban teens.

By Jabril Faraj, Milwaukee Neighborhood News Service - Nov 30th, 2014 11:08 am
Get a daily rundown of the top stories on Urban Milwaukee 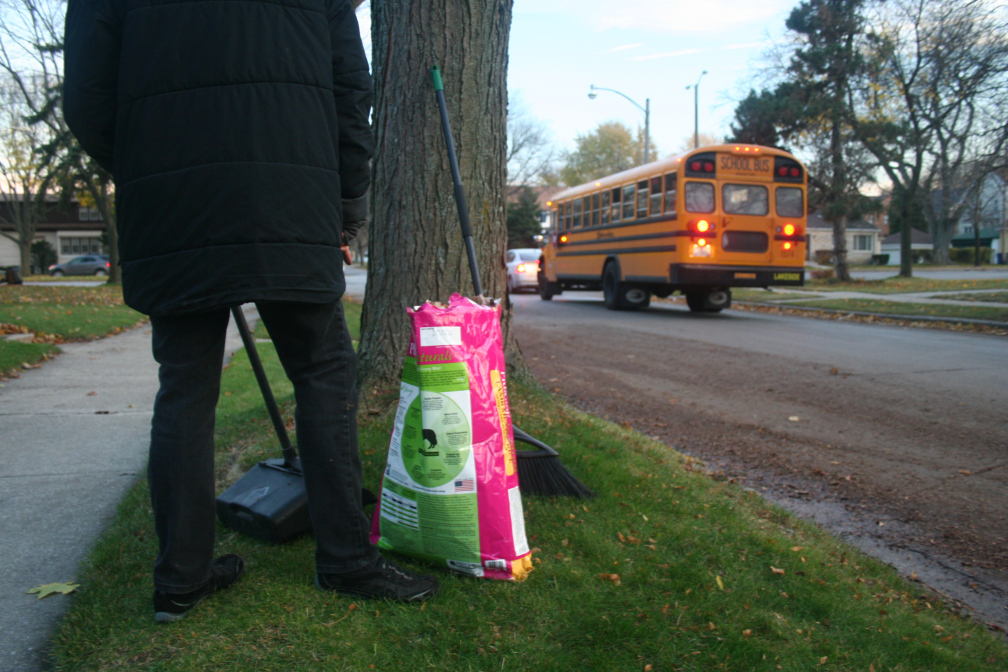 Angie Opsahl near the corner of Medford & Roosevelt in Grasslyn Manor.

Angie Opsahl stands in the street, just off the curb, in front of her home on the 4400 block of West Medford Avenue in the Grasslyn Manor neighborhood, sweeping up the final remnants of fall. Grey hair and a soft-yet-stern features define her aging face.

The 64-year-old Opsahl has seen quite a bit, but there isn’t anywhere else she’d rather be. “There’s no way I’d ever be able to move out. I absolutely love this city, I love this neighborhood – people are great,” she says.

Opsahl grew up in Waukesha County near Sussex where her great-grandparents lived after immigrating from Germany and Ireland about 165 years ago. “It was a farming community; I grew up on a farm. It’s not that way any more.

“When I lived in Sussex, I had a dead body in my yard and I haven’t had any of that, here,” says Opsahl, attributing the incident to a “drug deal gone bad.”

Now, after 22 years in the neighborhood, Opsahl is an unapologetic urbanite. She’s worked for the Girl Scouts, the Boys & Girls Club of Greater Milwaukee and the YMCA and says she loved working with teenagers in the central city.

“They were smart, they were innovative, they had a lot of challenges within their neighborhoods. [I] forced them to get their education and go on to college; I ran the scholarship program.”

And what she learned, over that time, is that it isn’t fair to talk about challenges in a purely race-based way. “Everybody has issues and problems and it’s not a black-white issue – it’s income, it’s income-based.”

Opsahl is still immensely proud of the success she had working with teens. “Willie Hines (former Milwaukee Common Council member) was one of my scholarship kids, I used to wake him up when he was in college at 5 in the morning, say, ‘Willie, you better give me your paperwork,’” she says. “There’s two that went to the culinary school and are chefs in the city of Milwaukee. One moved to New York and got a really great job out there.”

Most important, though, Opsahl says, is that, most of the time, these kids don’t simply “escape” – they stay invested in where they grew up. “The thing is, they’re not gonna leave their neighborhood. They’re going to fight to maintain and keep their neighborhoods intact.”