State DOT blames bad weather and a regional shortage of concrete for the delay.

By Edgar Mendez, Milwaukee Neighborhood News Service - Nov 23rd, 2014 11:38 am
Get a daily rundown of the top stories on Urban Milwaukee 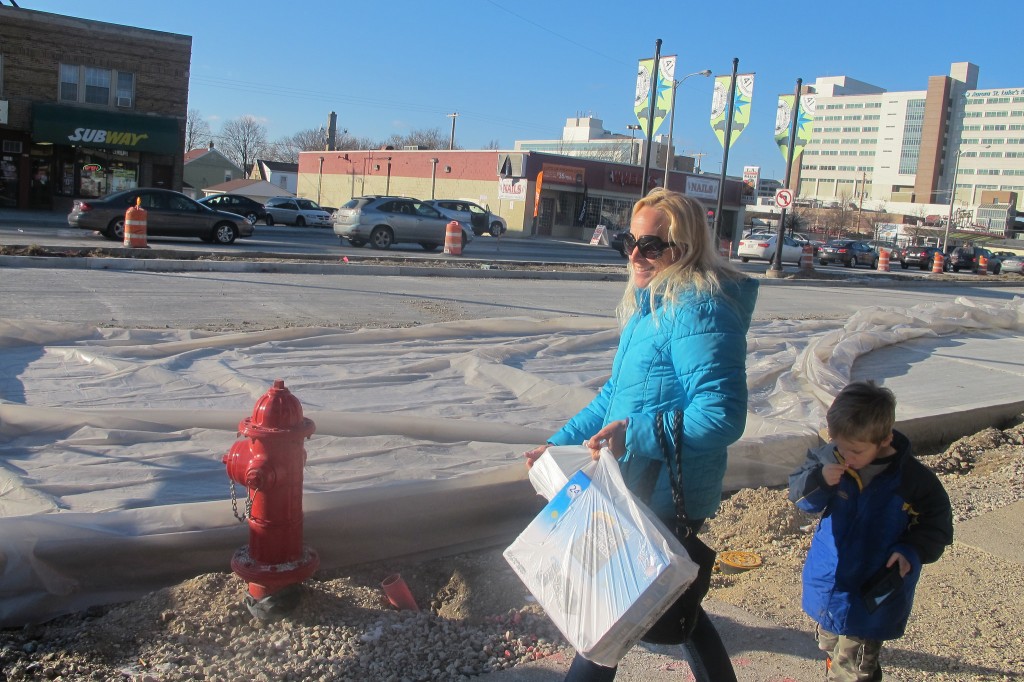 Ariane Fischer, walking along South 27th Street with her son Samuel, said the construction has caused her to take fewer trips to shops in the area. (Photo by Edgar Mendez)

To the dismay of many business owners on WIS 241, more commonly known as South 27th Street, the construction spanning from Dakota Street on the north to West Howard Avenue on the south has been delayed until late spring, according to Wisconsin Department of Transportation (WisDOT) officials.

The construction, which was scheduled to be completed before Thanksgiving, was delayed as a result of bad weather and a regional shortage of concrete. South 27th Street is the largest business district in the state, according to Julio Maldonado, executive director of Historic Highway 41 Business Improvement District (BID), which along with two BIDs from the city of Greenfield, has been involved in a multi-year marketing and beautification project along the thoroughfare.

According to Maldonado, a couple of businesses have already closed and several more have cut hours of operation since the construction began in March. Mazo’s Hamburgers, 3146 S. 27th St, has a sign in the doorway announcing shortened business hours due to the construction. The street has become a traffic nightmare for the many motorists who still frequent the area’s many businesses while construction closed first the west side, and now the east side of the street. Side streets connecting to South 27th Street have also been closed as a result of the project. 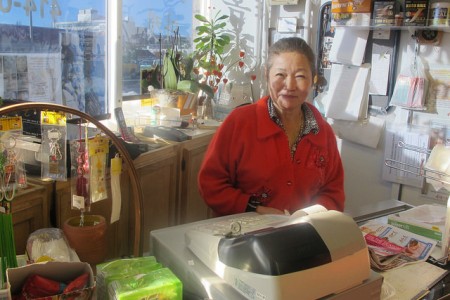 The good news for the owners is that by Nov. 26, the day before Thanksgiving, all lanes on South 27th Street will reopen, thanks to a temporary asphalt surface, said Christine Hanna, WisDOT project manager. Once the frost is gone, the asphalt will be ripped out and concrete surface laid, Hanna said. The project is expected to be completed by the end of July 2015. There’s no exact estimate on cost overruns associated with the delay, according to Hanna, but WisDOT was able to work out a deal with a contractor to save money on the asphalt.

While pleased that the street will reopen next week, Kim I. Vanselow, who owns Hometown Market, a small Asian grocery store at 3174 S. 27th St., said another street closure after the winter might put her out of business.

“How can a small store like us survive until they’re done with construction; we’re losing more and more money,” said a concerned Vanselow.

She said business has dropped more than half compared to last year, and in recent months, she’s lost money. A few doors down from her shop, Rick’s T- Shirts, which had been open for decades, has been closed since construction began.

Also down the street from the market is Ned’s Pizza, another one of the street’s many landmark businesses. According to Roland Bloom, a manager at Ned’s since 1973, dining room sales have dropped about 15 percent while carryout orders and delivery business have remained steady. He said Ned’s loyal base of customers has helped minimize the impact of the construction on sales.

“I explain to customers over the phone how to navigate the construction and only a few said ‘I’m not dealing with that’ and canceled their orders,” Bloom said. He added that City of Milwaukee officials have been responsive in helping create access points to the business during construction.

Traffic delays and lost business during any construction project of this magnitude are an unfortunate reality, explained State Rep. Josh Zepnick, who represents the area and grew up there. He said it’s the first time in 40 years he can recall a major overhaul on South 27th Street.

People don’t realize that major sewer and utility work is going on beneath the surface, Zepnick said. With that already completed, he expects that laying the concrete in the spring will be a much quicker process.

Business owners and shoppers can look forward to the opening of all lanes on South 27th Street next week, and down the road, a more vibrant and navigable business district.

“2015 will be a much better year for the business owners,” Zepnick said.

Vanselow, who moved her business back to the street from a location on West National Avenue two years ago, just hopes she’ll still be around in July to enjoy it.