Six Wisconsin shops made the NBDA's list of top bike stores in the nation.

By Dave Schlabowske, Bike Federation of Wisconsin - Nov 14th, 2014 11:19 am
Get a daily rundown of the top stories on Urban Milwaukee 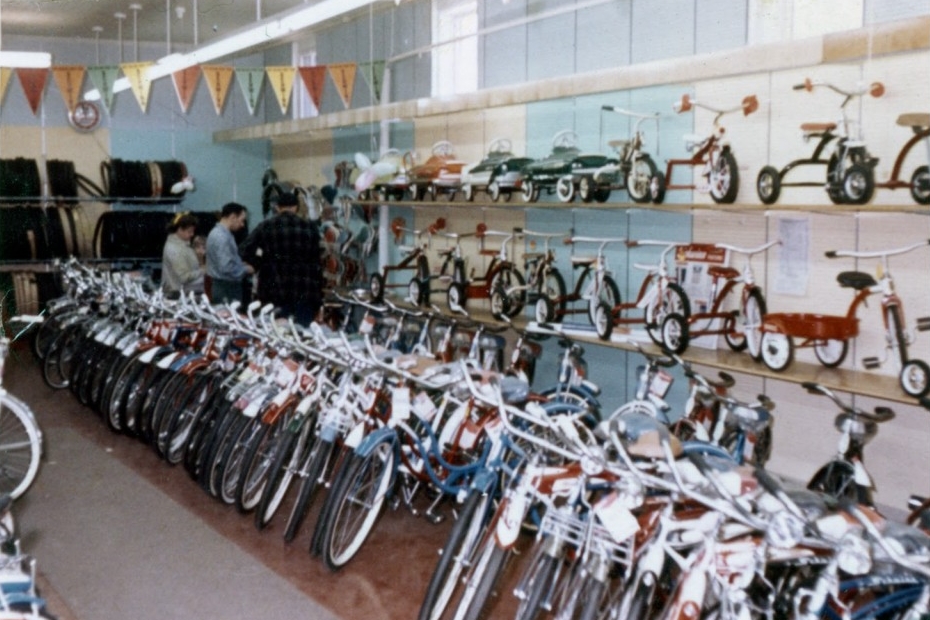 I feel good just looking at this old photo from Ben’s Cycle on the South Side, which was my local shop when I lived four blocks down the street in Lincoln Village.

Ah, I love the smell of rubber tires and Tri-flow in the morning! Part of the reason I fell in love with cycling was allure of the local bike shops, filled with shiny new bikes specially designed to help me have a great time riding. Even though I now have a bike for just about any kind of riding I want to do, from road racing to touring to pedaling across frozen lakes, I still enjoy walking into a bike shop and inspecting the latest offerings almost as much as I did when I got my first real bike at a local shop.

I am lucky enough to have a job where I get to frequent local bike shops across Wisconsin. I bet each of you have a favorite and a host of good memories from that shop. No wonder then that the National Bicycle Dealers Association (NBDA) has selected six Wisconsin retailers for their list of top bike shops in the country.

Each year the NBDA selects America’s Best Bike Shops in North America and in 2014 Wisconsin had six bicycle retailers recognized for their excellence, including the following shops:

The NBDA selected nearly 300 shops for it’s annual list of America’s Best Bike Shops.  The list, now in its second year, was unveiled just before the Interbike trade show, and retailers were celebrated at an annual reception held during the show.

Retailers must fill out a detailed application and be evaluated by a mystery shopper to be considered.  Points are awarded for customer support, knowledgeable staff, operation excellence, marketing excellence, community involvement, local bike advocacy, national bike advocacy and the mystery shopper experience. Stores with 370 points and above were awarded the title of “America’s Best Bike Shop” for 2014.

Congratulations to our Wisconsin shops for being recognized as among America’s best! While these are certainly great shops, we all have our reasons for shopping where we do. What shop do you go to, and why do you like it? Do you have a favorite memory from a local shop? Share you thoughts in the comments section.