By Brendan O’Brien, Milwaukee Neighborhood News Service - Oct 17th, 2014 09:44 am
Get a daily rundown of the top stories on Urban Milwaukee 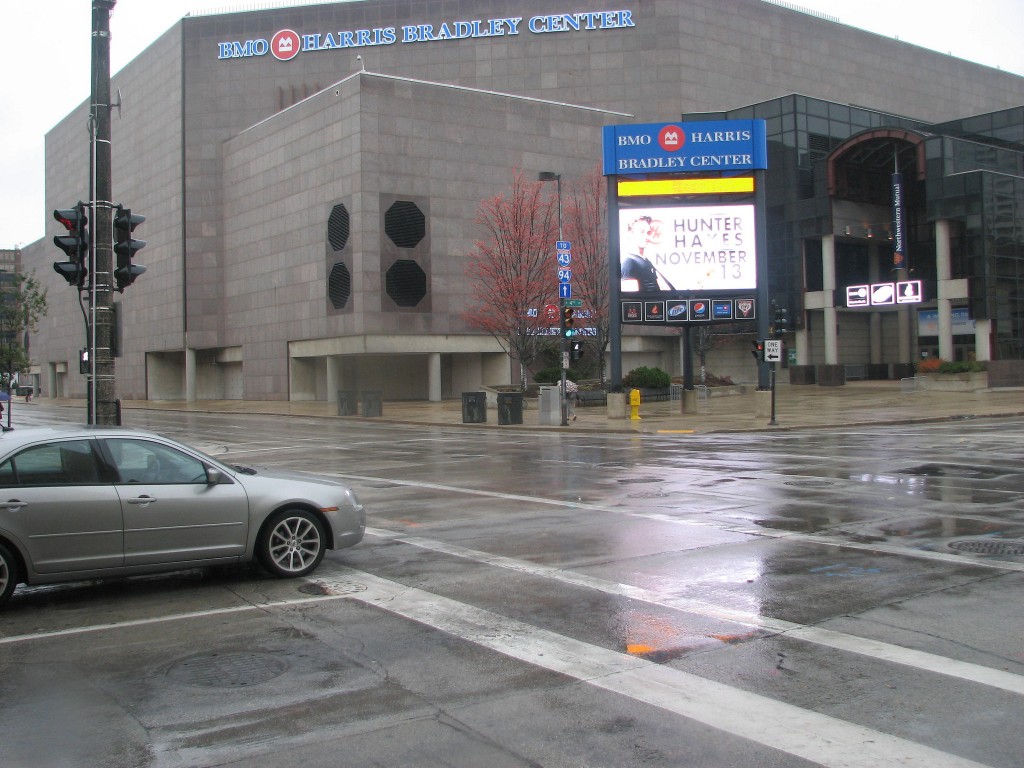 A prominent community leader is calling on the owners of the Milwaukee Bucks and local politicians to consider building a new arena in the inner city where economic growth is desperately needed, rather than in the downtown area where the economy is much healthier.

Bucks owners Wesley Edens and Marc Lasry, along with former owner Herb Kohl, have pledged to chip in at least $200 million for a new basketball and entertainment arena. The new owners have said publicly that they want to build a downtown arena, which is expected to cost at least $400 million, with the public footing the rest of the bill.

Rev. Willie Brisco, president of Milwaukee Inner-city Congregations Allied for Hope (MICAH), said that instead of hoping that money “trickles” down into the community from the new arena, it should be placed directly in an impoverished neighborhood that is desperate for an economic generator.

“I call it my absurd, sensible and reasonable demand if you are serious about bringing back and recovering that what you consider to be lost,” said Brisco. Team officials did not respond to a request for comment.

The Bucks currently play in the BMO Harris Bradley Center, which is also home to the Admirals hockey team and the Marquette University men’s basketball team. The lease for the center expires in 2017.

Despite the Bucks having the NBA’s worst record during the 2013-14 season — winning just 10 out of 41 games at home — and the worst attendance, the owners believe a new arena will revitalize downtown, according to interviews with local media.

Although Brisco does not expect anyone with the Bucks or the city to take his suggestion seriously, he would like to see a site at Capitol Drive and 27th St., where A.O. Smith once stood, turned into an arena complex. About one of four people in the area live in poverty.

“Do I think that an arena would ever be built in the inner city? Not a chance, but what it evokes … is that there is something greater that the political will should be concentrating on rather than just where we have men in shorts shoot a rubber ball through a giant ring,” Brisco said.

Brisco acknowledged that although hotels, restaurants, parking structures and retail that accompany such an attraction create employment, many of those jobs do not pay a living wage.

“It’s going to generate money for those who already have money,” he said, adding that to alleviate poverty, there needs to be the political will to “lift the community out of this situation that is almost hopeless.”