Stitching History from the Holocaust

The exhibition is a thoughtful revival of one women's clothing designs, and her efforts to escape persecution from the Nazis.

Stitching History from the Holocaust, on view at Jewish Museum Milwaukee, showcases the designs of Hedy Strnad.

History is written both through accomplishments and denial. This is at the crux of Stitching History from the Holocaust, on view at Jewish Museum Milwaukee. The exhibition is a thoughtful revival of the clothing designs of Hedwig (Hedy) Strnad, and the efforts to gain passage to America for her and her husband as the Nazis bore down on Prague in 1939.

The story of Paul and Hedy Strnad originates with a letter sent to Paul’s cousin, Alvin, who lived in Milwaukee. Tacitly, it is an effort escape the persecution they faced as Jews, and Hedy’s designs could offer a means of financial support. Drawings accompanied the letter, showing sporty outfits in distinctly 1930s fashion. Sadly, the efforts of the Strnads on both sides of the ocean were unsuccessful. Paul and Hedy died in the Holocaust, and this story emerged years later when later family members discovered these documents in an attic.

This poignant narrative has been part of Jewish Museum Milwaukee’s permanent collection, but enjoyed a deserved spotlight as the project has taken on a new life. Inspired by a visitor’s comment that the dresses should be made, the project was initiated about five years ago. In October, 2013, the Milwaukee Repertory Theater’s costume director Mary Folino came on board the project, and the Rep’s costume shop took on the production of the eight ensembles in the show. Meticulous care was taken, with vintage zippers, custom dyed shoes, hand covered buttons, and headwear accompanying the newly made dresses.

Hedy Strnad’s sketches and the resulting finished works are primarily daytime outfits with neat lines and elegant details. Strnad’s color palette embraces creamy neutral tones, as noted in a very elegant suit, sparsely decorated, which allows the crisp tailored lines to shine. Another pale ensemble is accented by black buttons and a layered black and white collar. A spirited gold and magenta print decorates the flowing lines of knee-length white dress with puff sleeves. A love of deep jeweled colors like amethyst, teal, and royal blue shows in other ensembles. The satiny fabric of a dusky lilac gown shimmers in the exhibition, accented by bouquets of red flowers on the skirt, bodice, and hair.

The dresses, shown alongside their respective drawings, are presented on mannequins against the backdrop of the time period, in image and text. The tension between these elements in poignant. The exuberance of Hedy Strnad is presented under circumstances that celebrate her talent, yet remind us of the cruelty, horror, and unrealized potential of those who perished in the Holocaust.

Stitching History from the Holocaust Gallery 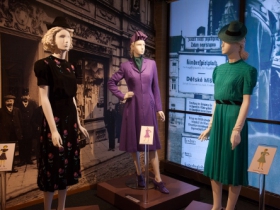 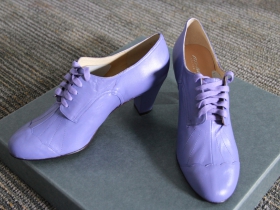 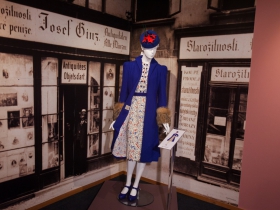 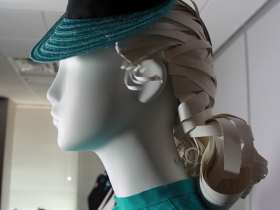 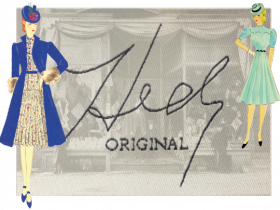 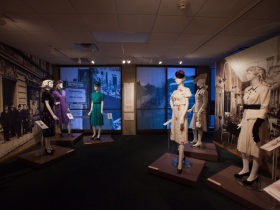 No Time Like The Present: Gregory Martens, Mentors & Colleagues

It is the last chance to catch this extensive retrospective exhibition by artist Gregory Martens. Included in the exhibition are works by friends and colleagues, including prolific local and international artists such as Jessica Meuninck-Ganger, David Niec, Josie Osborne, and Fred Stonehouse, Enrique Chagoya, Sue Coe, and William Kentridge.

Artist Janet Werner says, “With me there is always this argument between pretty and its destruction. I have a complicated knot of things around the question of beauty.” Portrait Society Gallery will show some of her recent work in which this tension is explored, taking the traditions of portraiture to provocative places. Ariana Huggett presents portraits of another sort, offering a meditation on architectural interiors as conveys of intimacy and a locus for formal artistic concerns.

Bay View comes alive with an art fest all its own. Forty-five locations and more than 200 artists will participate in this one-night event, with art appearing in galleries, studios, pop-up locations and local businesses. Check the Bay View Gallery Night for full details.   http://www.bvgn.org