By Bill Lueders, Wisconsin Center for Investigative Journalism - Aug 25th, 2014 03:11 pm
Get a daily rundown of the top stories on Urban Milwaukee

“This is an astonishing result,” Lee, a University of Wisconsin-Milwaukee professor of political science, exclaimed on Wisconsin Public Radio, the day after the Aug. 12 primary. “In fact, you could almost say this is why we still hold elections.”

“She really … came out of nowhere and had such a commanding victory,” Lee said. He called the resulting match-up between Happ and Republican contender Brad Schimel, the Waukesha County district attorney, “a real election with two very competent and qualified candidates.”

It’s true both contenders in the Nov. 4 general election have ample resumes; both have prosecuted cases and run district attorney offices. But Happ’s win cannot fairly be described as totally unpredictable, because it was not totally unpredicted.

NBC political director Chuck Todd declared Happ the likely primary winner in an Aug. 1 broadcast. And John Nichols, associate editor of the Capital Times, speculated in a radio appearance that increasingly sophisticated Democratic primary voters might pick Happ because they calculated she had the best chance against Schimel. (“Almost everybody in Wisconsin has become a pundit,” he remarked.)

Lee was also jazzed that Happ “was not necessarily the highest spender.” But through Election Day, including late contributions, Happ had raised about $238,000, all in 2014. That’s comparable to the $294,000 Richards raised since entering the race in October 2013.

Richards outspent Happ through the last reporting, but both candidates made multiple ad buys in the final days of the campaign, after the cutoff. In the end, she may have spent as much or more. 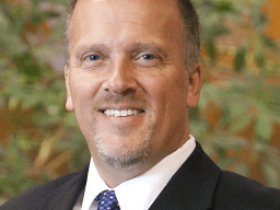 Happ’s much-touted sole television ad showed her riding a Harley and talking tough on crime while championing the right of women to make their own “health care decisions” and receive equal pay for equal work.

She’ll have to work hard to achieve equal spending. Schimel raised more than $600,000 since declaring his candidacy last October and reported having more than $400,000 on hand.

Schimel’s major backers include himself ($50,000), school choice proponents Robert and Patricia Kern (the maximum $10,000 each), home improvement magnate John Menard ($10,000), and the political action committees of the Wisconsin Beer Distributors ($10,000) and Koch Industries ($5,000).

Johnny Koremenos, Schimel’s campaign manager, says his boss welcomes support from anyone who chooses to provide it but is “only beholden to the constitution.” Schimel has pledged to defend all state laws, even those with which he disagrees. Happ would not defend the state’s voter ID law and gay marriage ban, arguing that these violate the constitution.

Happ is also her own biggest backer, having given a little more than $30,000 to her campaign. She’s received $10,000 from Emily’s List, which backs pro-choice Democratic women candidates, $7,500 from the AFSCME public employees union and $6,500 from the Tavern Industry PAC.

Happ was the only Democrat who, like Schimel, does not support making first-offense drunk driving a crime in Wisconsin, as in every other state.

Already, the long knives are out. Koremenos called Happ “an inexperienced prosecutor with an incredibly thin record.” Ironically, this broadside was delivered as a rebuke to alleged negative campaigning by Happ.

Mike Tate, state Democratic Party chairman, hailed the election result by calling Schimel the “tea party’s hand-picked candidate” who would be “a shill for right-wing special interests” and “use the attorney general’s office to rubber-stamp Scott Walker’s radical agenda.”

Voters can expect much more of that kind of rhetoric in what promises to be yet another hard-fought, high-stakes, high-spending race.

Bill Lueders is the Money and Politics Project director at the Wisconsin Center for Investigative Journalism (www.wisconsinwatch.org). The Center produces the project in partnership with MapLight. The Center collaborates with Wisconsin Public Radio, Wisconsin Public Television, other news media and the UW-Madison School of Journalism and Mass Communication. All works created, published, posted or disseminated by the Center do not necessarily reflect the views or opinions of UW-Madison or any of its affiliates.
Categories: Politics, Wisconsin Center for Investigative Journalism