Without much fanfare, another apartment building is taking shape in Walker’s Point. Located just a few blocks across the river from the Historic Third Ward, the building at 221 E. Oregon St. will be known as Oregon at South Water Works. When complete, the converted warehouse will include 77 one and two bedroom apartments.

According to city records, the five-story warehouse building was built in 1949 and includes 82,500 square feet of space. An investment group led by David Winograd acquired the building and the 1.35-acre parcel for $2.3 million in April of this year. Prior to that transaction Winograd and his partners have acquired the rest of the buildings that were projected to be part of Lighthouse Development‘s South Water Works complex. Lighthouse had acquired the buildings from Transpak and planned to build a mixed-use complex in the former warehouses before running into credit issues during the recession with only a handful of projects completed before foreclosure began.

The Oregon at South Water Works will join two other apartment buildings in the complex, Bridgeview (55 units) and Building 6 (52 units). Bridgeview was built in the former Pittsburgh Plate Glass building at 235 E. Pittsburgh Ave. Building 6 was built as a rear addition to the adjacent, art deco Pittsburgh Plate Glass building (201 E. Pittsburgh Ave). That building includes a 7,000 square-foot sales office for Columbia Sportswear on the first-floor, but much of the rest of the original building remains empty.

Winograd has bought other properties in the Walker’s Point area including some in The Tannery just west of S. 6th St. and the Prime Leather Finishes building at 188 S. 2nd St.

P2 Development Company is serving as the general contractor on the project which is expected to be completed in 2015. 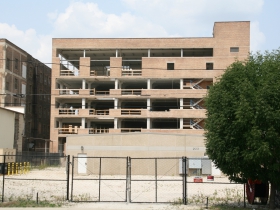 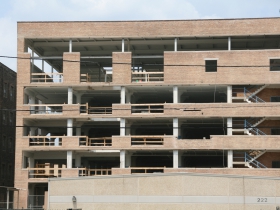 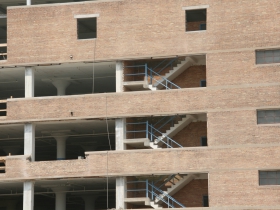 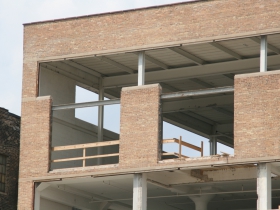 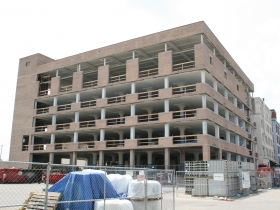 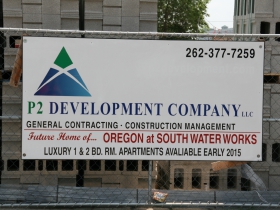