A fire burned the Newhall House hotel to the ground, but a local company would build a new home on the site. 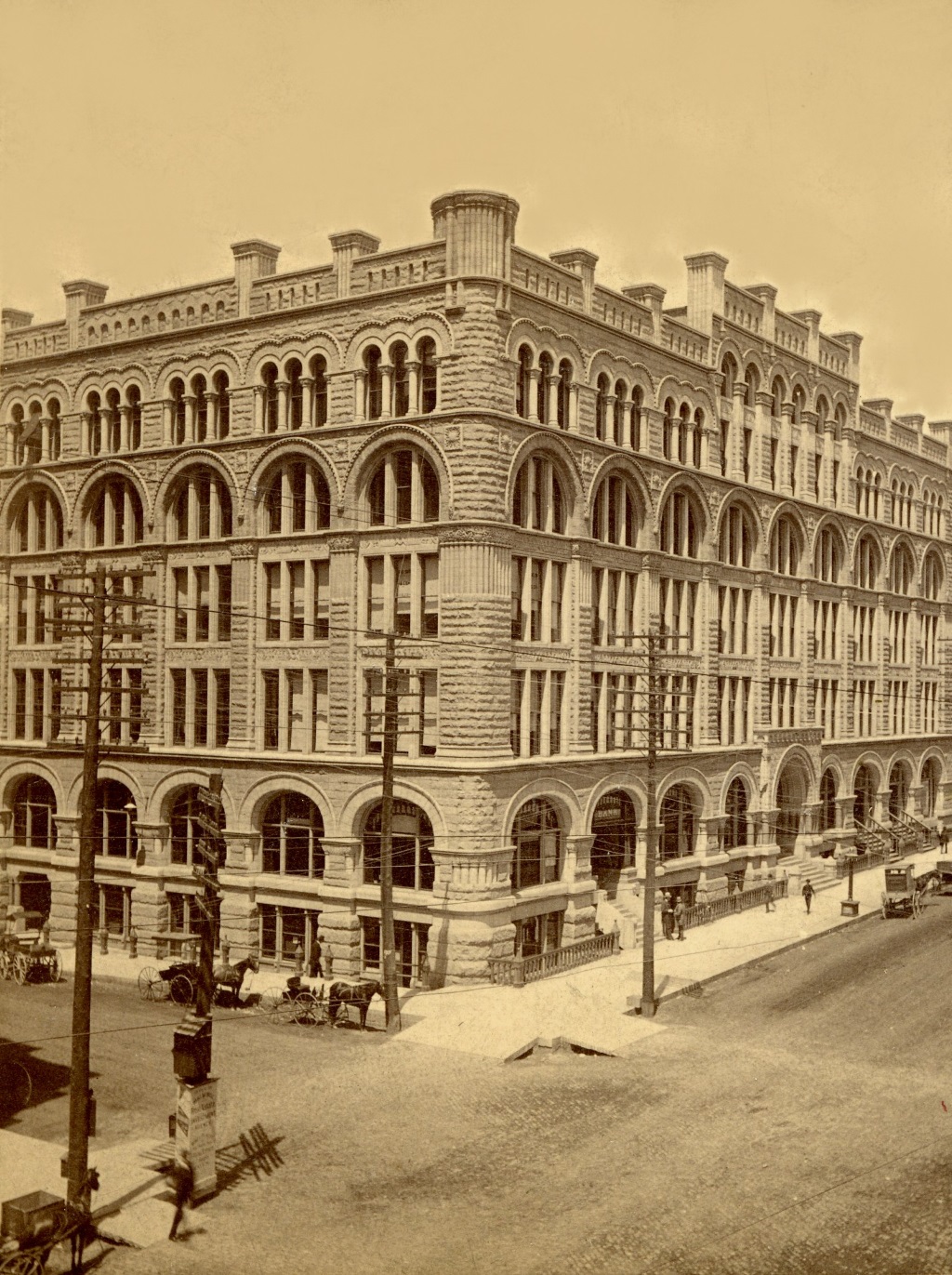 After the tragic 1883 blaze the site of the Newhall House hotel became a vacant lot, but not for long. Just three years later it would become the new location for the headquarters of a rapidly growing local company. The company would be

Their previous location, at the northwest corner of Broadway and Wisconsin, was too small for their expanding operation. Since the company’s founding in 1857 it relocated several times. This is a view of the building taken by noted photographer H.H. Bennett shortly after construction was completed.

Note the modern amenities outside of the building, such as the cement sidewalks and telephone poles. This would serve as Northwestern’s headquarters until 1914 when it would move to the current location. The company has never stopped growing, and is currently in the process of constructing a new tower along the lakefront.

By a quirk of fate this lovely old building, one of Milwaukee’s finest from the 1880s, is once again a hotel. After a substantial revamping it now is a Hilton Garden Inn. Walk into the lobby to enjoy the central atrium, which is just as beautiful as the building’s fine exterior.

From Renovation to the Hilton Garden Inn 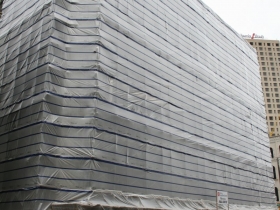 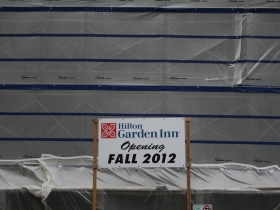 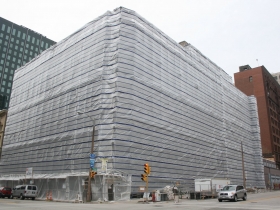 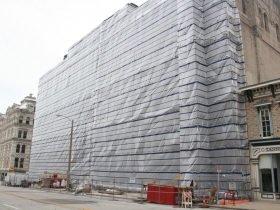 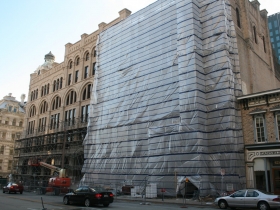 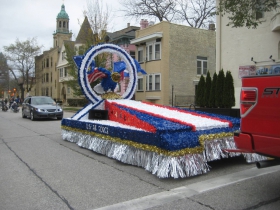