Valley beef harvest facility employed 600 workers, many from South Side. 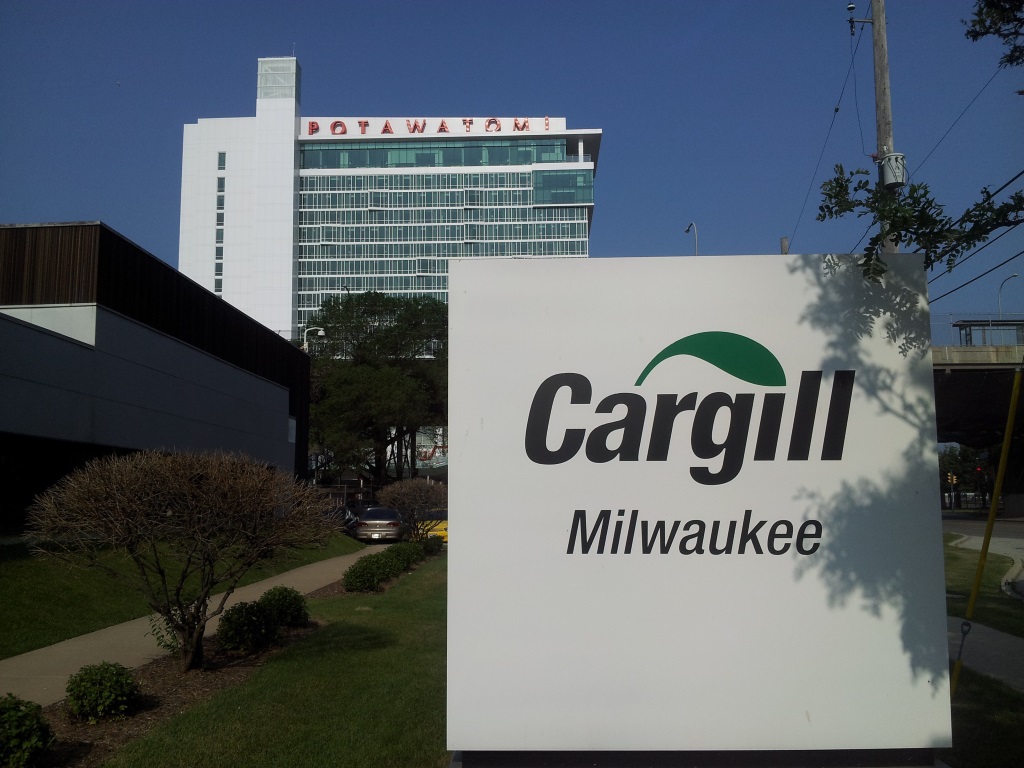 Cargill owns 10 properties on West Canal Street, several of which are a block from the Potawatomi Casino. (Photo by Edgar Mendez)

It wasn’t until a meeting called at 3:45 p.m. Wednesday that workers at the Cargill Corp. beef harvest facility, 1915 W. Canal St., learned that the facility was closing at the end of the week.

By then, many workers had already found out through media reports that their jobs were in jeopardy.

“It is very disappointing to learn of the closing of this plant that provided employment for over 600 hardworking Milwaukeeans, many of whom reside on the city’s near South Side,” said State Rep. JoCasta Zamarripa, who represents the area.

The meat factory, located in the Menomonee Valley under the 16th Street viaduct and known for its pungent odor, had been open for more than 60 years, employing hundreds of central-city residents.

Cargill’s ground beef facility, which employs 200 workers and is located a few blocks east on Canal Street, will remain open, according to a company spokesman.

Cargill said the closure is the result of a limited cattle supply, though Cargill’s six other beef harvest plants are unaffected.

Area residents are questioning whether the plant’s closing is related to the opening this summer of the Potawatomi Hotel & Casino, which is located a block away. NNS was unable to reach Potawatomi officials for comment on whether the organization is interested in purchasing the property.

John Keating, president of Cargill Beef, called the impact of the closing on workers, their families and the community “unfortunate,” but said the harsh reality is that the U.S. beef cattle herd is at its lowest level since the early 1950s.

Droughts and the resulting high price of beef have changed consumers’ eating habits and caused problems for companies such as Cargill, which also closed a plant in Texas last year.

“Closing our Milwaukee beef plant is taking place only after we conducted an 18-month-long analysis of the region’s cattle supply and examined all other possible options,” Keating said.

Cargill is hosting a job fair next week to help displaced workers find new jobs and some employees will be offered jobs at other factories, the company stated.

Workers who lose their jobs will receive 60 days’ pay.

Zamarripa said she’s reached out to the state Department of Workforce Development to get information about programs to help families and employees affected by the closure. She asked that those seeking help call her office.

“It is a shock to lose so many jobs at once,” said Mike Hatch, president of the Menomonee Valley Partners (MVP) board of directors. A key part of MVP’s five-year $25 million “From the Ground Up,” initiative is to connect residents of surrounding neighborhoods to economic and other opportunities in the valley.

“It is certainly a setback in the progress that we have made in the last decade or more in the valley,” Hatch said.

Hatch said that Cargill has been an important employer and a great partner in the area’s redevelopment.

MVP is not aware of future plans for the property, but its “heavy industrial” zoning allows for a broad range of uses, said Hatch, adding that he hopes “its future will include redevelopment of family-supporting jobs.”

6 thoughts on “South Side Hit Hard by Cargill Closing”