A classic neighborhood bar that goes back a century, with three pool tables and old school charm. 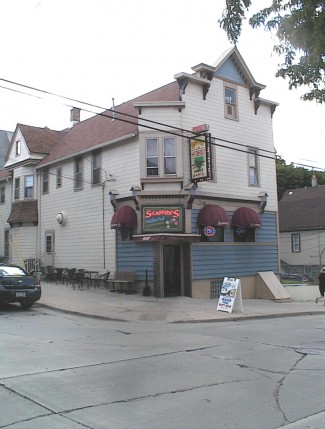 Scaffidi’s is a classic example of a Milwaukee corner tavern with family living quarters above. The fan jutting from the building’s north wall dates to when the bar served food from a now-closed kitchen. Photo by Michael Horne

Before it was Scaffidi’s Hideout, which it has been for over 30 years, the corner saloon at 1837 N. Humboldt Ave. was Gary’s Hideout, and Charlie’s Hideout. “It’s been a hideout since 1963,” says one regular.

It’s been a tavern for a lot longer than that, located in this 3,364 square foot commercial building with apartments that the city dates to 1900, but which appears in maps as old as 1894. At the time it was built, its address was 913 Racine Street, at the northwest corner of Highland Place. Both those street names disappeared in 1930, with Highland dropping the “High,” to become Land Pl., to prevent confusion with a notable west side boulevard.

It took some time longer for the immigrant culture of Brady Street to disappear, and for this one-time neighborhood of tanneries, small factories and tiny houses jammed together in a jumble of disconnected streets to gel into one of the city’s most desirable areas.

But there are still regulars at this neighborhood bar who remember when the tanneries and the small factories provided the customers for this and dozens of other hideouts in Milwaukee’s oldest neighborhoods. In those more insular days — which lasted up to the 1990’s — you really could hide out in various little spots off the main drags.

On any given night you will find Patrons reminiscing about the “old days” and telling many stories about the way things used to be in the Brady Street area, as well as their opinions on the area and any number of other interests. … With diverse Patrons and eclectic jukebox, this Tavern is a perfect bar to relax, unwind, and engorge yourself in great conversation.

There is much about the place that promotes conversation. The diverse jukebox stays quiet until late in the evening; when it’s not being fed, the tavern broadcasts commercial rock radio. Bring money for the jukebox. The walls are paneled in wood, promoting intimacy, and the horseshoe bar with 17 backed, padded, swiveling seats makes it easy to talk to other patrons, or to gaze at the incongruous mirrored ceiling above. The seats on the east offer views of N. Humboldt Ave. some 12 feet below, as well providing a good spot from which to enjoy the action inside the hideout.

The predominant frolic here, obliquely advertised on the sign outside, is “Indoor Pool.” This is of the billiardic, not aquatic sort, and there are three pool tables as well-positioned as three pool tables can be in an 1,816 square-foot space.

Three is a lot of pool tables for a neighborhood bar, especially these days when the decline in factory employment and in union jobs is seen in the loss of such one-time common leisure time activities as company pool or dart leagues.

The old timers at the bar will tell you all about those days. As guardians of the grand tradition of pool leagues, owners Mark Scaffidi and his brother Rick Scaffidi are doing their best to keep this little piece of history alive. As the website notes:

The Owners Rick & Mark Scaffidi are deeply involved in not only day to day operation (you can catch one of them bartending nights after 10pm), but also take part in pool leagues and many other activities at the bar. Rick and Mark were born and raised in the area, and pride themselves in their roots to the Lower East side of Milwaukee.

Accordingly, Scaffidi’s offers summer and fall pool leagues. This summer, the league games take place on Tuesday, Wednesday and Thursday evenings. Standings are posted beneath a Pabst neon sign; league play is competitive and quite good, drawing players from around the city. 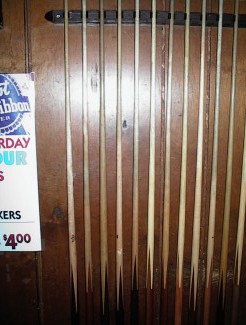 The cues are straight, and although you can’t see it in the photo, they all have good tips. Photo by Michael Horne

When the leagues are not in play, the tables are open to regular customers. Games cost four quarter dollars. Unlike many other taverns, management returns some of this cost in the form of decent sticks (straight, wooden and with tips) along with level tables covered in lush felt. You never have to ask where the chalk is. There are many excellent women players at the bar, and co-ed play is not uncommon. Shame it is not in professional pool.

Another dividend for the pocket billiard enthusiast is the free pool available from 4 – 7 p.m, during happy hours. This provides a great opportunity for practice or a whole bunch of games against an opponent at a great discount. Just don’t leave your game unattended for more than 5 minutes, signs on the tables warn, or you will forfeit your right to it.

The tables are spaced nicely in the room. The easternmost one is just a step away from the bar, and patrons there may be asked to move aside for the occasional shot. You may have to delay your trip to the bathroom until somebody’s done shooting. The middle pool table is tucked into its little space, with a couple of seats nearby among the round tables scattered throughout the bar. A back room “that makes you feel like you are having a private party” with its pool table, is particularly intimate. It has three seating areas for spectators, and a mirrored wall that expands the space visually. Note the attractive hanging light fixtures, and watch your head against the wrought iron lights above the pool tables that spell out “Scaffidi’s” on two sides. You do not want cranial contact with those fixtures.

Throughout, the bar is absolutely clean and orderly. There are no signs of dust or deferred maintenance. Decor is kept to a minimum — just enough to keep the beer distributors happy and to provide the necessary pool room ambience. This includes black and white movie stills from The Hustler  and The Color of Money, and a picture of the Rat Pack playing pool in some hip, swingin’ Vegas hotel.

Three TV screens broadcast suitable sporting events, and like every place in Wisconsin, it is a good spot to watch a Packers game.

Scafidi’s offers daily drink specials, which are posted on its website. Saturdays gets you bottled water for $3, (the place does have a sense of humor) while the other days feature specials that are a little stronger, like $2 cans of Pabst or Rolling Rock. You can get $3.00 rail drinks on Friday, $3 “draughts” on Tuesdays from the 7 taps on line, including the Lakefront IPA brewed just across the river. Thursday you can settle in with $10 pitchers and enjoy free pool with your buddies until the league guys show up. Then you can watch what Scaffidi’s is all about — serious playing.

Personal Note: Two years ago I inherited a McDermott pool cue from my brother Patrick. For years I had been on the short end of that stick whenever it was at his command, and now it was mine! I wanted to store it somewhere where I could readily use it, and Scaffidi’s was the place. I asked if they would store it in the back room, where it has remained at my disposal ever since. I didn’t even put my name on the stick or the case — I just knew it would always be there, and it always has been, and nobody’s ever complained when I asked them to go grab it for me. Scaffidi’s is that kind of Milwaukee neighborhood place. 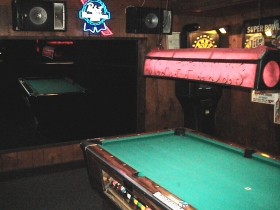 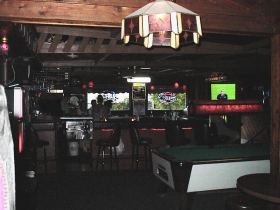 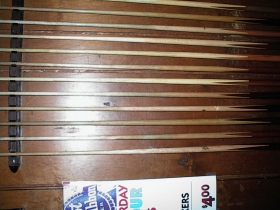 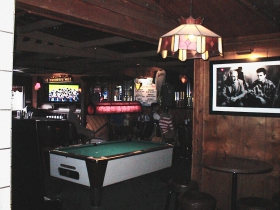 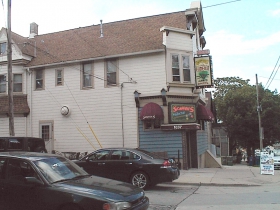 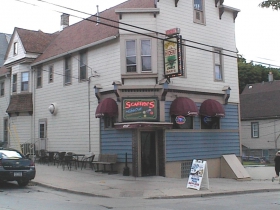