A new public art project captures the history and people of the near South Side. 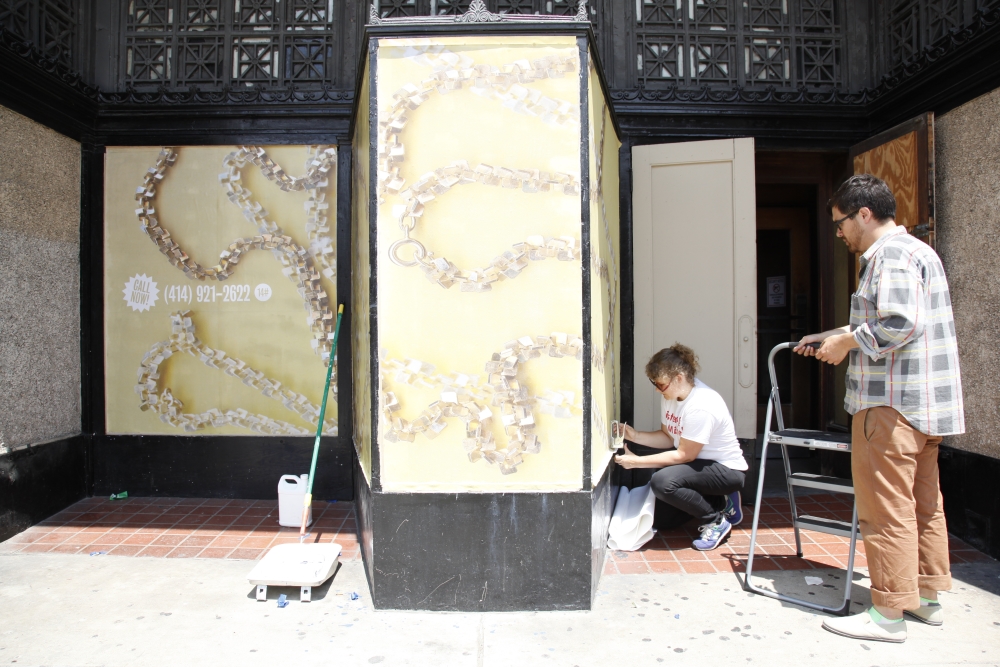 “Everyone has a story to tell; everyone is interesting.” That’s the conclusion of Adam Carr after about 18 months of working with Sonja Thomsen on a public art project called “Listening to Mitchell.”

The name refers to Mitchell Street, which for many years was like the Main Street of the near South Side, boasting a diversity and rich cultural history. “Listening to Mitchell” is all about trying to get people to interact with the street, whether by allowing those with an intimate connection to Mitchell Street to reminisce about it (Thomsen and Carr interviewed over 50 residents, business owners, and community leaders) or by introducing new people to the area. The project is a conglomeration of artwork, interviews, and audio clips that people can experience as they make their way down Mitchell Street.

Listening to Mitchell’s photographs, audio, and map guide visitors through a web of collective experience through the seven block corridor from 5th to 12th Street, from the Modjeska Theater to St. Stanislaus church. Photographs of souvenirs uncovered during the research process become artifacts of place and time, and represent the street’s tangled cultural identity. The installed images, ranging in scale from 20-foot murals on building exteriors to five-inch photographs on checkout counters, emphasize personal narratives of those connected to the street. By dialing 414-921-2622, the audience can listen in on discussions constructed from the street’s many voices, touching on prompts like “We refuse to grow up,” “Same language,” “Different rhythm,” “South Side Story,” and more. Throughout the summer months, the temporary public artwork will grow with more images and conversations.

Carr and Thomsen, who previously collaborated on the project “Here Mothers Are,” were attracted to a new project featuring Mitchell Street and the South Side because their previous one had concentrated on the city’s North Side. “Once we thought of Mitchell Street, we couldn’t move away from it,” Thomsen says. Both artists loved the fact that people were walking around outside and seemed to be involved in the street, something that would be essential to their project. Neither Carr nor Thomsen had much of a connection with Mitchell Street beyond a few childhood visits. Now, however, Carr says Mitchell Street feels very familiar to him.

One thing she really liked about the project, says Thomsen, was that many narratives emerged about generational history, especially from a male perspective. This was interesting to her because the project “Here Mothers Are” had been female focused. Carr enjoyed the relationships they were able to develop with area people, especially the storeowners who began to recognize and welcome them to the street.  Being in a single place over a long period of time allowed for a deeper bond with the subject matter, he notes.

They started the project with only a general idea of what it might become, the two say, and worked on opening themselves up and listening to whatever stories people wanted to tell. Often they found people were surprised that they had so much to say about Mitchell Street. Carr is careful in describing the results: “We fully recognize we are not creating the document” on Mitchell Street, he says. It’s not meant to be the definitive history, he says, but rather a collection of narratives and anecdotes from people’s unique lives.

For example, Melinda Rodriguez bought her first bra on Mitchell Street.  German Diaz is a third grade teacher teaching area children at the local elementary school. Then there’s Tony, a barber that Carr and Thomsen describes as “brutally honest,” saying things that “a person would not normally say with a microphone there.”

There is still time to be a part of “Listening to Mitchell.”  Phase one of the project is completed (which includes the individual interviews), but phase two also includes an interactive component. Adam and Sonja want people to continue to call in to share their stories.

This project, though rooted in the past, is not meant to just steep in nostalgia, they stress, but rather start a conversation that continues to grow and change as “Listening to Mitchell” moves forward.

The Grand Opening ceremony for Listening to Mitchell will be held on July 11th from 6-­8pm on 8th and Mitchell. 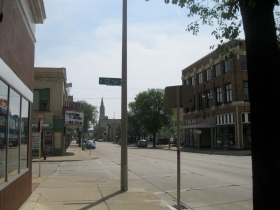 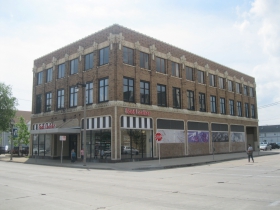 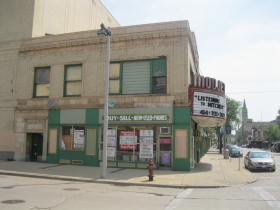 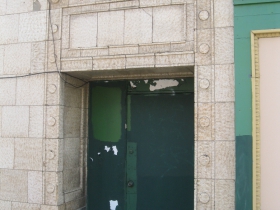 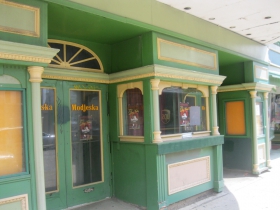 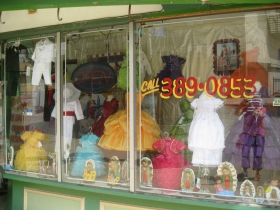