By Dave Schlabowske, Bike Federation of Wisconsin - Apr 11th, 2014 11:14 am
Get a daily rundown of the top stories on Urban Milwaukee 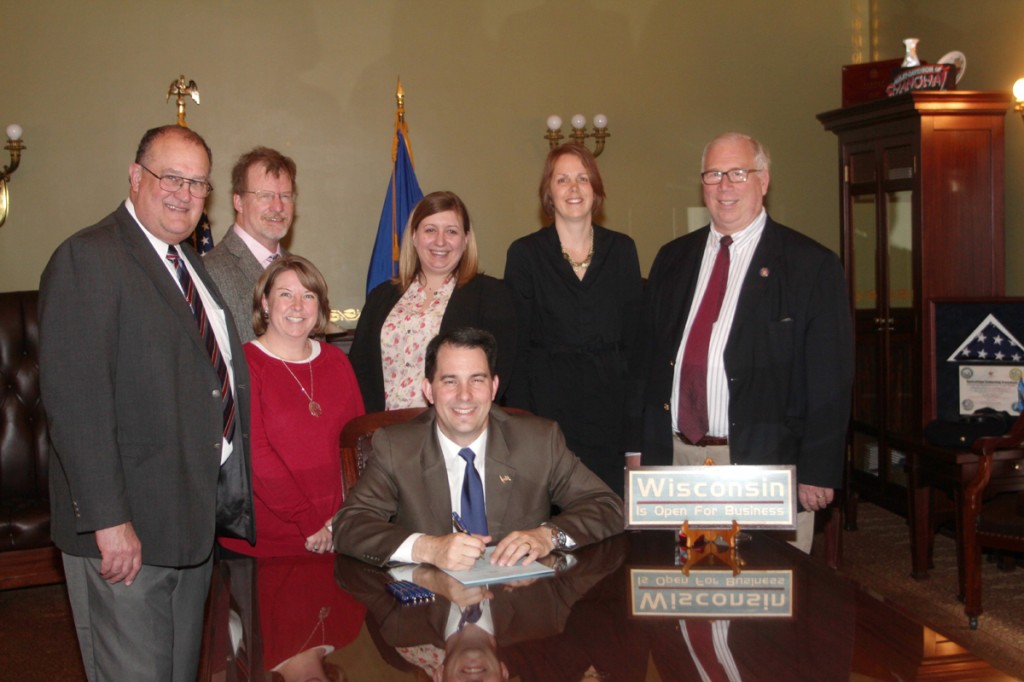 On Tuesday, Governor Scott Walker signed the Vulnerable User Bill and we heard that he is scheduled to sign Assembly Bill 730 next week, both of which the Bike Federation supported. As I mentioned in this previous post, we had to remove the penalty enhancers (for drivers who hit bicyclists and pedestrians) to get the VU Bill passed, but we will continue to work on that in future sessions. Although our original bill was diluted, it does improve the education requirements in Drivers Education classes and gets the definition of “vulnerable user” into state statutes. 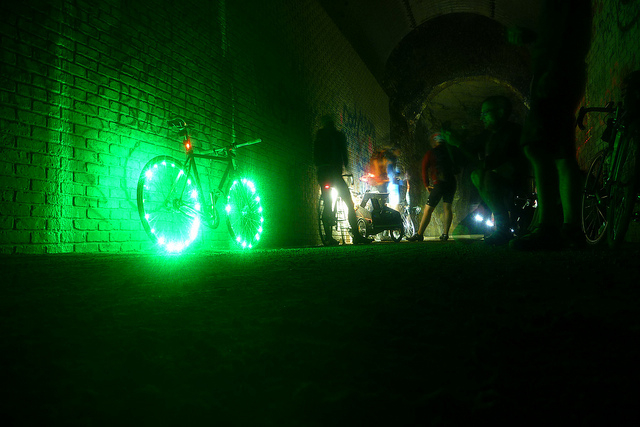 Riders taking a break in the Stewart Tunnel on the Badger State Trail just south of Belleville. Photo by Michael Lemberger.

Sometimes you have to celebrate small victories, and vow to continue the good fight. We want to thank the authors of the vulnerable user bill for all their support. We want to thank the bill sponsors, Sen. Luther Olsen and Rep. Garey Bies and their staffs for all the work they put in to get this far. Our great team of lobbyists from Hubbard, Wilson & Zalenkova were a huge help over the last couple years. I would also like to thank those of you who called or emailed in support of the legislation. You made a difference, I promise. Finally, I want to give special thanks to those who testified about their innocent friends and family members who were killed. I know it was extremely painful to relive those terrible crashes that took loved ones from you, but without your testimonies, we would not have made even this small progress.

On a brighter note, Assembly Bill 730 passed exactly as written, and although the signing was delayed a week, the bill was enrolled, so you can now legally ride on state trails after 11 PM. We will try to be there for the official signing and share a photo. That bill modifies WDNR rule NR45(2), which effectively closed state trails from 11 PM to 6 AM:

(2) CLOSING HOURS. (a) No person may enter or be within the boundaries of any state park, state recreation area, forest campground, picnic area, beach, headquarters site, amphitheater, ice age center, posted parking areas, Point Beach state forest and specifically designated areas within the Lower Wisconsin state riverway between the hours of 11:00 p.m. and the following 6:00 a.m.

This was causing problems for people using state trails at night. For instance, the Hank Aaron State Trail is on my regular route when I go out at night to a restaurant or to see a band. And there are late shift workers who ride home on the Hank Aaron State Trail from their jobs at the many factories in the Menomonee Valley. As I reported in an earlier post, late night rides are growing in popularity, and some of the organizers were told that the trails were technically closed. 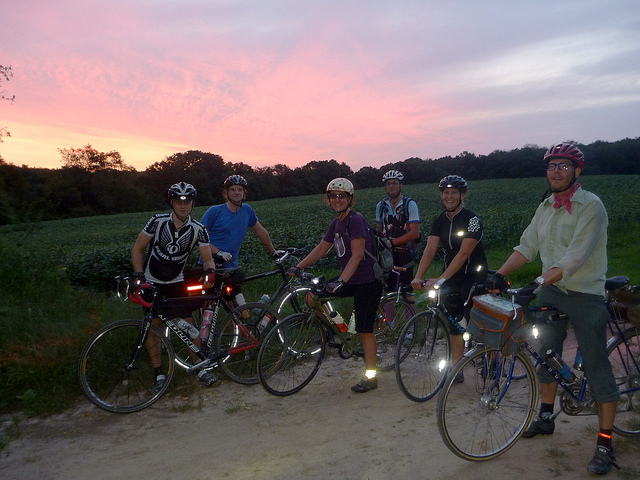 Some of the riders pause for a photo on the Pick Me Up at the Border Ride. By Michael Lemberger. Smile, your legal now!

When we reported about this problem to the Governor’s Bicycle Advisory Committee, Rep. Eric Genrich approached me and offered to author a bill to change those rules. Thanks so much to Rep. Genrich and his staff for all the work they did to round up bipartisan support and get the state rules changed. I would also like to thank the staff at the WDNR, who agreed trails should be open all night and worked with the legislature to amend their rules.

Drafting the next budget will be the primary focus during the next legislative session, and the Bike Fed will be watching that closely. We will also continue to work to get the penalty enhancers added to the Vulnerable User Bill. Thanks again to all our members who called in or emailed on either of these issues. Now go out and do a legal full moon ride on the trails!