A Clean Slate for Non-Violent Criminals

By Scottie Lee Meyers, Milwaukee Neighborhood News Service - Apr 1st, 2014 09:34 am
Get a daily rundown of the top stories on Urban Milwaukee 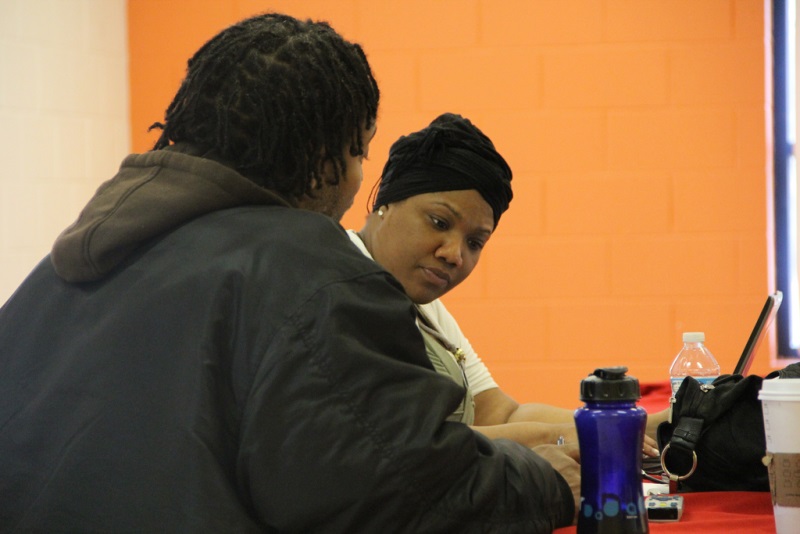 Shanyiell McCloud of Clean Slate Milwaukee checks a man’s criminal record to see if he is eligible for expungement during the recent Check Yourself event held at the Park Lawn YMCA. (Photo by Scottie Lee Meyers)

In 2001, when they were in their early 20s, Jawania Brown and Fatimah Hooper were convicted of felonies for cashing forged checks. More than a decade later, they say those charges are preventing them from landing good-paying jobs that they’re qualified for.

“It’s like a life sentence. I was young, I had children and I was a single mom. That’s why I did it in the first place, because I didn’t see another resort. Every time somebody looks at my record now they think I’m some kind of monster,” Brown said.

Hooper became a Certified Nurse Assistant (CNA) in 2003. For the past 10 years, she’s applied to dozens of hospitals, but never been hired, Hooper said. She’s noticed a trend: When she submits her resume, she gets an interview. But when she submits an application, which almost always asks about criminal history, she doesn’t get a call back. 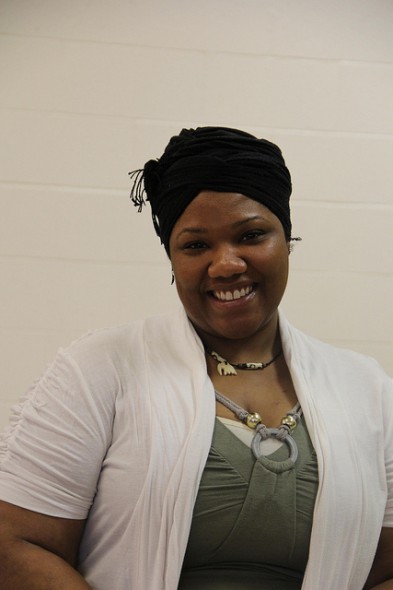 Frustrated by their difficulty getting employment, the two women attended the Check Yourself workshop event held recently at the Park Lawn YMCA, 4340 N. 46th St.

The event is part of an ongoing series that offers resources to reduce the many barriers that stand in the way of employment. Future workshops will address driver’s licenses, financial literacy and child support services. The series is sponsored by Clean Slate Milwaukee, the city’s Fatherhood Initiative, Milwaukee Area Technical College and other community organizations.

“I knew that criminal backgrounds were the number one barrier to not just employment, but housing, higher education, parental rights and a lot of other things. We aren’t going to move forward unless we address the issues of criminal backgrounds,” McCloud said.

Expunging a court record means the court seals the entire criminal case file, both paper and electronic, and only allows access to the file with a court order. Records are never fully erased and are still available to law enforcement without a court order. A judge’s order to expunge does not reverse or set aside a conviction. It merely makes it private.

If a judge orders a case expunged, any reference to it is removed from the Wisconsin Circuit Court Access website, known as CCAP, which is commonly referenced by employers and landlords.

Only crimes carrying a six-year or less maximum period of imprisonment and committed by a person under age 25 are eligible for expungement. The individual cannot be on parole and must pay back all restitution imposed by the court. Traffic forfeitures, civil cases and small claims cases cannot be expunged.

McCloud said many people she’s helped were convicted of nonviolent offenses for merely being in proximity to a criminal activity. Furthermore, she estimates more than half of the people she helps don’t know their record; some write on job applications that they are felons when in fact they committed misdemeanors.

After the workshop, Hooper had a new sense of hope.

“I can’t wait until I call [McCloud] next week to help me with this. I hope it works, I’m praying on it, because that’s my main thing. Just make my record private, so employers can’t see it. Because I like to work and to take care of my family,” she said.