The Hatco owner has a city hideaway above a 6-car garage (built in 1907) that was the scene of a lurid, alleged assault.

In 1907 there were very few structures in this city built expressly with the automobile in mind, and the great number of them were commercial establishments for servicing the horseless carriage. But a remarkable exception to that was a huge private garage built to handle six cars at N. Warren Ave. and E. Albion, which also included a chaffeur’s quarters on the second floor above the garage.  This was built for John Mariner whose Prospect Ave. residence was just two blocks away, on the site of what is now the Jewish Home at 1414 N. Prospect. Even back in 1907 land was tight on the lakefront; for that and sanitary reasons carriages and horses were stabled a few blocks west. But the advent of the automobile called for a whole new type of building, as cars were then considered luxuries strictly for wealthy folks like Mariner, who apparently felt he needed a big enough garage to park six vehicles. As was the custom for horse stables, it was built just west of his home. 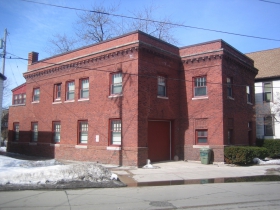 Those who employ chauffeurs today know how very much the job description has changed over the years. Automobiles are now far more dependable and easy to operate, sparing the driver the necessity of being a jack-of-all-trades under the hood. Furthermore, few chauffeurs can be induced to live above the garage like the Mariners’ did — even in a seven room apartment. And just try to get drivers suited in proper livery nowadays. Why, it’s enough if they even open the door for you! No wonder millionaires drive themselves. Can you blame them?

Although the automobile never went out of fashion, the mansions of Prospect Avenue sure did, while this service building managed to survive as an anomaly on a modest residential street that gives no sense that the grandeur of Milwaukee’s Gold Coast was once  just two blocks away.  In fact, many people mistakenly believe this structure is an old firehouse or produce depot.

In 1952, with the death of Mary Antisdel Mariner, John’s wife, this building was bought for $13,250 by Tony Cefalu who busted up the chauffeur’s quarters into one 3 room dwelling and four sleeping rooms. He hired Frank Randall to operate the flophouse and the garage below with its 41 foot full-span steel beams, concrete floor and plastered walls and ceiling.

In 1961, Cafalu was pulling in $140 a month from the building. The assessor came by that year to take a look around and found it to be a “well built bldg. Owner doesn’t know what to do with it. Can’t put to comm’l use. Will sell for $16,500. Built as private garage and chauffeur’s quarters. Lot too small for apt. site.”

In 1981 Dr. Roger Gremmiger thought he would buy the place and “convert former Coach House and one apt. to medical clinic for sexually transmitted diseases and general counseling.” The Board of Zoning Appeals thought otherwise, and the request was denied.

Nearly 30 years ago, on April 1st, 1984, the property was purchased for $61,800 by its current owner, David G. Hatch, whose family business, Hatco, is a supplier of equipment to the restaurant industry, which advertises such “bold innovations” as “The patented Flav-R-Savor® Heated Air Curtain Cabinet” which “effectively and safely holds hot food hot without the use of doors,” or the “Electric Salamander… specially-designed for versatility in the kitchen with the capability to cook, grill, reheat, and keep food hot.”

Hatch fixed up the place primarily as a getaway, shall we say, and maintains his principal residence(s) elsewhere, in places like Door County and Florida. He did considerable work on the place. In 2002 the assessor noted, “Owner has owned prop for 18 years + building has been meticulously restored throughout, plaster walls, wood (floors), cyprus (sic) trim, updated kitch.” It is difficult to ascertain whether the renovation for just for the upstairs residence or also for the massive first floor garage, some 2800 square feet, as the garage doors are sealed shut and the windows blocked nowadays.

But we do know that in December 2001 Hatch invited an employee named Mark Zielinski to the home. Hatch had been drinking, and allegedly sexually assaulted Zielinski, a claim which Hatch’s attorneys later denied. Zielinski, who was married, did not immediately report the assault to the police, but later filed a sexual harassment suit against Hatch. In 2003, while the case was progressing, Zielinski committed suicide. Zielinski’s lawyer, Jeffrey Sweetland, on behalf of Zielinski’s wife, then convinced the judge in the case to modify the claim to include wrongful death, a first-of-its-kind decision in Wisconsin, adding more strangeness to this sad and tawdry episode.

ABOUT JOHN MARINER AND MARY A. MARINER

John W. Mariner was born in Milwaukee in 1868 in a home his father had bought from Solomon Juneau after the city’s founder moved to Theresa. Mariner died in 1930 at 62 as construction on the Mariner Building (now Wisconsin Tower) at 606 W. Wisconsin Ave. was underway. He left behind a widow, Mary Antisdel Mariner (an 8th generation descendant of Plymouth Colony Governor William Bradford), two daughters, one hell of a nice garage and $2,643,000 — plenty enough cash to ride out the depression and to secure good husbands for his girls.

Management of the estate and the Mariner real estate holdings entered the hands of his widow who apparently actively managed her assets. She was well equipped to do so administratively as she had headed all women’s defense activities in Milwaukee during World War I. Mrs. Mariner had held exalted positions in such groups as the  National Society of the Colonial Dames of America, and the Hereditary Order of Descendants of Colonial Governors, along with other organizations forever closed to our admission.

In 1935, Mrs. Mariner constructed a new Mariner Building on E. Mason  and N. Milwaukee  streets. It was the city’s first air-conditioned office building, and is now the Hotel Metro. She continued to manage the business nearly until 1952, when she died. Her daughter Constance Mariner Patton added even more gubernatorial shine to the family crest, as her husband was a descendant of Wisconsin governor Harrison Ludington. The other daughter, Polly Mariner Stone, was the wife of I. Stanley Stone. The couple created and endowed the Chipstone Foundation of Fox Point and Milwaukee, and was noted for their remarkable collection of 18th Century American decorative arts. The foundation has since expanded its presence in the arts community. Its permanent collection and special exhibits are housed at the Milwaukee Art Museum.

How Milwaukee Is It? Your chauffeur should be able to drive you the 1.54 mile distance to City Hall in 4 minutes. 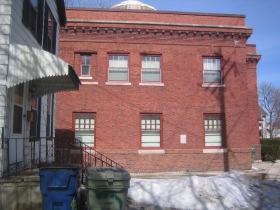 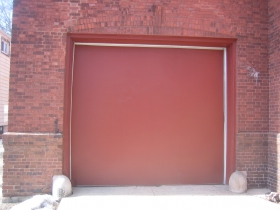 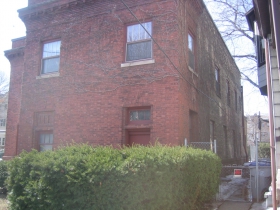