By Bill Lueders, Wisconsin Center for Investigative Journalism - Nov 19th, 2013 11:01 am
Get a daily rundown of the top stories on Urban Milwaukee

Recently the Wisconsin State Journal asked Dennis Dresang, political science professor emeritus at the University of Wisconsin-Madison, about state Republicans’ push to bar local governments from regulating everything from the sale of large sugary drinks to the use of explosives by sand mining companies.

Negative reaction to these curbs on local control, mused the veteran political observer, might hurt Gov. Scott Walker at the polls. But he doubted the GOP would lose seats in the Legislature, given how voter boundaries have been redrawn to the party’s advantage.

Think about it: State legislative Republicans needn’t worry about offending sizable chunks of state voters because they’ve made themselves invincible. That explains a lot.

In 2012, after a secret and expensive redistricting process, Republicans increased their dominion over the Legislature despite getting fewer total votes than Democrats. They like the current system so much they haven’t even allowed public hearings on bills, AB 185 and SB 163, that would turn this task over to the nonpartisan Legislative Reference Bureau.

In response, media editorial boards across Wisconsin have launched a campaign urging citizens to contact GOP legislative leaders. And records obtained by the Wisconsin Center for Investigative Journalism show that many people are doing so.

From Aug. 1 through Oct. 23, when the Center filed requests under the state’s open records law, Sen. Mary Lazich, R-New Berlin, who chairs a committee to which the legislation is assigned, received just over 200 contacts — emails, plus a few calls and letters — staking out positions on the bills.

About 100 people contacted Assembly Speaker Rep. Robin Vos, R-Rochester. Rep. Tyler August, R-Lake Geneva, who until recently chaired the Assembly committee handling the bills, released 25 contacts, including some but not all of the emails provided by other lawmakers that list him as a fellow recipient.

And Senate Majority Leader Scott Fitzgerald, R-Juneau, named as a co-recipient of dozens of emails sent to other lawmakers, released just 10 contacts. Fitzgerald aide Rob Richard said the missing emails were probably deleted because they did not clearly come from district constituents. Lawmakers are exempt from records retention rules in place for other state and local officials.

All four lawmakers have defended the state’s redistricting process. “I would not change one thing about it,” Fitzgerald told the State Journal. Lazich has championed the current system as integral to representative democracy. Vos flatly declared that adopting a new process is “not gonna happen.”

Yet of the more than 300 contacts to these legislators, all but a small handful — three emails to Vos from the same correspondent and two phone messages to Lazich, including one urging her to “stay the course” — criticized the current redistricting process and called for hearings.

“Refusing to hold an open discussion sounds like something that happens in a totalitarian state, not a democratic society,” declared Larry and Hester White of Beloit, in a typical email.

All four lawmakers blacked out email addresses and phone numbers from these records. Vos’ office also withheld places of residence. Lazich went further, redacting the names of all of those who contacted her. 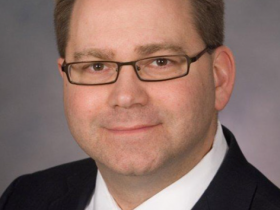 Lazich, Vos and Fitzgerald did not respond to the Center’s requests for comment. Rep. Chad Weininger, R-Green Bay, the new chair of the Assembly committee to which the legislation is assigned, indicated through staff that he has not yet decided which bills to hold hearings on.

The bills are backed by eight lobby groups, including Common Cause in Wisconsin and the League of Women Voters of Wisconsin;  no group has registered against. On Nov. 14, legislative Democrats tried to pull AB 185 out of committee for a floor vote.The move was defeated on a 54-39 party line vote.

Of course, even if hearings were  held, lawmakers could simply ignore whatever input they receive — a skill at which they’ve demonstrated some proficiency.

One thought on “Citizens Demand Action on Redistricting”