Wisconsin, Land of the Plutocrats 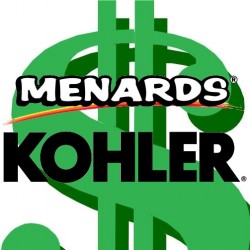 You think of Wisconsin as a state removed from the fabulous wealth of the East Coast and West Coast. Indeed, the Midwest as a whole doesn’t loom that large in the latest Forbes list of the wealthiest 400 Americans.

The latest Forbes list is a stunning testament to the growth of wealth inequity in America. The wealthiest 400 Americans are worth $2.2 trillion, “roughly equivalent to the GDP of Russia,” Forbes notes. “That is a gain of $300 billion from a year ago, and more than double a decade ago. The average net worth of list members is a staggering $5 billion, $800 million more than a year ago and also a record. The minimum net worth needed to make the 400 list was $1.3 billion… Because the bar is so high, 61 American billionaires didn’t make the cut.”

That 2.2 trillion owned by 400 people is greater than the wealth of the bottom 50 percent of Americans, meaning 150 million people make less in total than these 400 plutocrats.

Ranked 57th on the Forbes list is John Menard of Eau Claire at a net worth of $7.5 billion. Menard is almost a poster boy for the wealth gap, finding many ingenious ways to under pay help, as I’ve noted in a past column. As Forbes notes, Menard’s reputation “is suffering, thanks to a slew of lawsuits alleging sexism, ageism, discrimination. The latest alleges he pressured his former business partner’s wife for sex and is now trying to financially ruin the couple.”

Ranked 65th is Herb Kohler, with a net worth of $6.4 billion. The Kohler company for decades ran the ultimate company town, Kohler, WI, where everything was owned by the company. Kohler lives a kind of Hollywood version of the rich man’s life, with his fabled golf courses, hunting lodge, and the Morgan show horses he breeds on his farms in Kentucky and Wisconsin.

Ranked 103rd, with a net worth of $4.4 billion, is Diane Hendricks, the co-founder and sole owner of ABC Supply, the nation’s largest roofing, window and siding wholesale distributor, based in Beloit. Hendricks was the largest donor to Gov. Scott Walker in 2012, giving him more than $500,000 and became infamous among Democrats when a documentary film captured her urging Walker to turn Wisconsin into a right to work state. Walker replied that he wanted to “divide and conquer” unions in Wisconsin. Hendricks lives on a 200-acre estate in Afton, WI.
The next four richest Wisconsinites are members of the Johnson family, all connected to the old Johnson Wax company based in Racine, whose longtime patriarch and CEO Samuel Curtis Johnson expanded SC Johnson from floor wax to a company that included industrial cleaning, banking and camping supplies.

The family has always exemplified the progressive portion of the plutocracy, with a penchant for environmentalism, a passion for Frank Lloyd Wright’s architecture, and a family foundation that gave away millions. But that reputation has been besmirched, Forbes notes, by Curtis Johnson, the eldest of company founder SC Johnson’s great-great-grandchildren, who “is still awaiting trial after being charged in March 2011 with repeated sexual assault of a child later revealed to be his stepdaughter.”

Forbes lists four members of the Johnson family as each worth $3 billion and tied for 166th place on the list. That includes Curtis Johnson, H. Fisk Johnson, the current chairman and CEO of SC Johnson, Imogene Powers Johnson, the widow of SC Johnson, and Helen Johnson-Leipold, chairman and CEO of Johnson Outdoors, a publicly traded company that sells supplies for camping, fishing and diving. She is also board chair of the Johnson Foundation at Wingspread, one of many Wright-designed buildings maintained by the family.

Ranked 209th on the list is James Cargill II,with a net worth of $2.6 billion. Cargill is only a Wisconsinite in the sense that the eastern suburbs of Twin Cities sprawling into this state are part of Badgerland. Cargill lives in Birchwood, WI, in Washburn County, about 123 miles northeast of Minneapolis and is undoubtedly worth far more than the total combined income of his fellow residents of Birchwood, whose average household income is $31,272. His wealth comes from an estimated 7 percent stake in Cargill, the nation’s largest private company, based in a Minneapolis suburb, which operates in the food industry, “processing crops, trading commodities, sourcing ingredients to food manufacturers, and providing financial risk management.”

Ranked 243rd, is Judy Faulkner, with a net worth of $2.3 billion, whose company exemplifies the growing high-tech economy of Madison. Faulkner is CEO of electronic health record company, Epic Systems, which she founded in 1979. The company pulled in $1.5 billion in revenue in 2012, up 25 percent from 2011. “Almost half the U.S. population will have its medical information stored in Epic digital records when hospitals finish installing them,” Forbes reports.

The Forbes story comes shortly after a new national study which found the wealth gap between the top 1 percent and the bottom 99 percent in the U.S. is as wide as it’s been in nearly 100 years.

The gap continues to widen. Between 1993 and 2012, the real incomes of the top 1 percent grew 86.1 percent, while those of the 99 percent grew just 6.6 percent, according to the study, based on Internal Revenue Service statistics examined by economists at UC Berkeley, the Paris School of Economics and Oxford University.

The top 1 percent is defined as families with incomes above $394,000 in 2012. The study found that since the Great Recession, the top 1 percent “are close to full recovery” while the bottom 99 percent “have hardly started to recover.”

The study goes all the way back to 1917, when the federal income tax began. It finds that the wealth of the top 10 percent of Americans hit a peak of owning about 48 percent of all wealth in the year before the 1929 market crash, averaged a bit above 45 percent from the mid-‘20s until 1940, then dropped to an average of about 33 percent from WWII until the late 1970s, when it began creeping up. Today the wealthiest 10 percent own more than half — 50.4 percent — of all wealth in America.

As I’ve written previously, the wealth gap has also had a profound impact on Wisconsin. A study by the Center on Wisconsin Strategy found that between 1996 and 2010, the bottom 40 percent of income earners in this state saw their income drop by $2,407 while the richest 1 percent saw their income rise by $168,773.

This gap will only increase as a result of tax policies by Gov. Walker and the Republicans. Assembly Speaker Robin Vos, declaring that Wisconsin is “not a good place to be middle-income,” said the income tax cut ultimately passed by them was intended to remedy that situation. The cut did provide some help for the middle class but provided proportionately more relief for the wealthy. An analysis by the nonpartisan Legislative Fiscal Bureau found the change will give more than 60 percent of the proposed $600 million-a-year tax cut to those making more than $100,000 a year. For example, a married couple with adjusted gross income of between $50,000 and $60,000 a year would receive a tax cut of $90 in 2014 and $150 in 2015, while married taxpayers making more than $300,000 a year would receive an average cut of $1,627 in 2014 and $2,584 in 2015.

Wisconsin created the income tax in 1911, before it was adapted by the federal government, with the goal of creating a system where those better able to afford it would pay more in taxes. So a choice to cut this tax, rather than the sales or property tax, inevitably gives the greatest benefit to wealthier Wisconsinites.

10 thoughts on “Murphy’s Law: Wisconsin, Land of the Plutocrats”