Should Internet Sales Be Taxed?

Federal bill could yield more than $70 million in annual sales tax for Wisconsin. Walker says he would use for income tax relief.

By Bill Lueders, Wisconsin Center for Investigative Journalism - Sep 18th, 2013 12:00 pm
Get a daily rundown of the top stories on Urban Milwaukee

John Nygren sees it as “a matter of fairness.” Why, asks the Republican state lawmaker from Marinette, must brick-and-mortar retailers collect sales taxes from customers while some of their Internet competitors do not?

Nygren supports the federal Marketplace Fairness Act, which would let states snare sales and use taxes on their residents’ online purchases from other states. Now they get these taxes only from businesses with a physical presence in their state.

The bill passed the U.S. Senate 69-27 in May. Wisconsin Sen. Tammy Baldwin, a Democrat, voted yes; Ron Johnson, a Republican who says the bill “placed too much burden on online retailers,” voted no. It’s now before the House, where it faces a tougher fight.

Republican Gov. Scott Walker has no position on the bill, says spokesman Tom Evenson, but the state’s biennial budget commits it to use any additional revenue from Internet sales taxes to reduce the income tax. Conservative economist Art Laffer estimates this would bring Wisconsin 23,000 new jobs and a $7.6 billion boost to its economy by 2022.

The state Department of Revenue estimates the state would collect an additional $92 million in fiscal 2015. The nonprofit Wisconsin Taxpayers Alliance thinks the actual amount would be closer to $70 million, research director Dale Knapp says.

State residents are now supposed to pay these uncollected sales taxes with their income tax. But few do: Knapp says only 3 percent of the state’s 2011 tax filings included these payments, “certainly a much lower number than if everybody followed the law.”

The bill is backed by the Alliance of Wisconsin Retailers, Wisconsin Rental Merchants Association and Wisconsin Independent Businesses. (Also on board: Amazon.com, whose warehouse expansion plans in many states means it must collect these taxes anyway.)

But opponents foresee a huge new burden on state businesses with online sales.

In a recent letter to the Milwaukee Journal Sentinel, conservative activist Orville Seymer said the bill would force small online retailers, “in many cases family-run or mom-and-pop operations,” to route sales tax payments to the more than 9,600 state and local jurisdictions that impose them.

This information, Seymer says, came from George Klaetsch, a Madison-based contract lobbyist representing We R Here, a national group for small online retailers. Seymer later learned the bill exempts companies with less than $1 million a year in out-of-state sales and directs payments to “a single entity” within each state, not a fractured array of taxing jurisdictions.

Seymer still opposes the measure, calling it “more bureaucracy that we don’t need.” Klaetsch did not return calls.

The state’s congressional delegation is all over the map on the Marketplace Fairness Act. 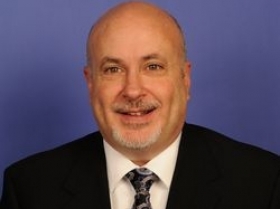 Mark Pocan. Photo from The United State House of Representatives.

Republican Rep. James Sensenbrenner is firmly opposed, saying in a statement: “Imposing new taxes on Internet sales would stifle growth in what continues to be an evolving business platform and would amount to a tax increase on American consumers.”

Rep. Reid Ribble, also a Republican, has “concerns about subjecting Wisconsin small businesses to California, New York or any other out-of-state jurisdiction’s sales tax policies (which they) have no say in.” He suggests basing the tax on where a business is located, not where its customers are.

Republican Reps. Tom Petri and Paul Ryan are ambivalent about the current bill, as is Democratic Rep. Ron Kind, who says “the $1 million threshold is too low for some of Wisconsin’s small businesses.” GOP Rep. Sean Duffy’s office fielded inquiries but did not say where he stands on the bill.

Nygren takes such divergent reactions in stride: “That’s the way our process works. We’re not all going to be marching in step.” But he hopes the delegation will agree to give Wisconsin businesses “the opportunity to be on an even playing field.”

One thought on “Should Internet Sales Be Taxed?”